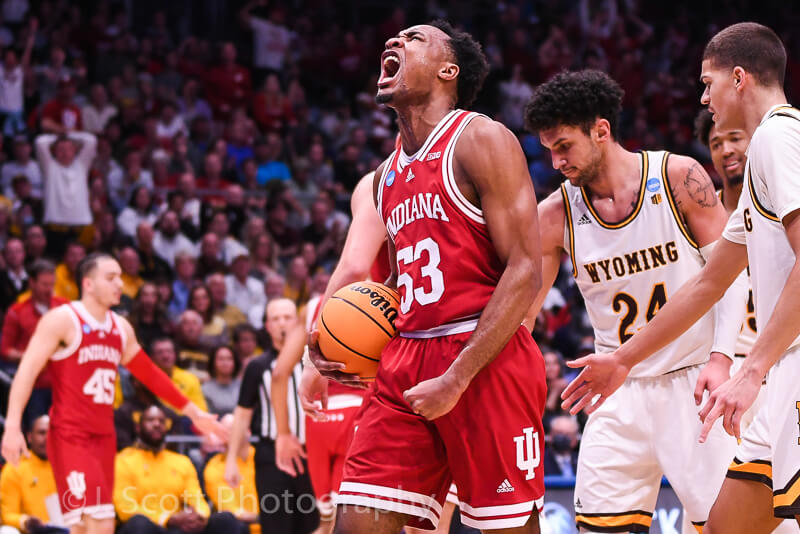 While not a ton happened in the IU basketball world in the last few days, the hype for the upcoming year continues to grow with several sites once again giving the Hoosiers a high ranking heading into the 2022-2023 season. Besides that, yet another major recruiting ranking service updated its numbers for 2023 and Assembly Call radio had its normal show.

In news related to all college teams as well as Indiana hoops, the transfer rules were reworked for players wanting to change schools. Also, while it may not have been a big week for the Cream and Crimson on the court, it certainly was on the gridiron with a thrilling win for IU football in their opener. Several other Hoosier teams competed as well with fall sports underway.

Banner #1 – Where IU basketball ranks heading into the season

The season with the most expectations and hype in a decade continues to play out in the offseason for Indiana basketball. While the Hoosiers still have not taken the court, big success is expected once they do.

This week, the highly regarded Bart Torvik rankings and Blue Ribbon Magazine have IU 11th and 12th in the nation respectively in their preseason rankings. Meanwhile, Jon Rothstein puts Indiana 13th. All these services have the Hoosiers as their highest-ranked Big Ten team.

To live up to these rankings, the Cream and Crimson need to play at a top level and Inside The Hall’s Alex Bozich looks at a key question each player needs to answer to achieve the heights fans hope for.

While most websites updated their 2023 recruiting information last week, ESPN waited an extra few days to do so.

In their updated rankings, IU commits Jakai Newton and Gabe Cupps are ranked 84 and 88 respectively. Also, their top remaining target Arrinten Page is at 56.

The site also updated its numbers for 2024 and 2025. However, the Hoosiers have no players in the fold for those classes yet but do have many they are hoping to get.

Assembly Call had a new edition of their Thursday AC Radio Show.

In their latest episode, the listeners were the main point of interest as most of the time was spent answering questions from them on a variety of topics.

In a story that affects IU basketball as well as every other Hoosier sport and college team in the country, the NCAA passed new rules transfer rules on Wednesday.

Under the legislation, fall and spring competition athletes now have a 45-day window to move schools beginning the day after championship selections are made in their sport. For winter competition it is a 60-day window under the same parameters. Fall and spring players also have a May 1-15 and December 1-15 window respectively.

Also, updates were made regarding how transfer waivers will be applied.

It came down to the final minute but IU quarterback Connor Bazelak immediately endeared himself into the hearts of Hoosier fans everywhere.

After the offense struggled much of the second half, Bazelak led a 12-play 75-yard drive in under two minutes for a 23-20 heart-stopping victory over Illinois. Running back Shaun Shivers scored the winning touchdown with 23 seconds left from one yard out after struggling most of the night. It was far from pretty but sports are a bottom-line business and the Cream and Crimson got their first Big Ten win since December of 2020 despite the lack of style points. Bazelak threw for 330 yards and wide receivers Cam Camper and DJ Matthews Jr. each had over 100 yards receiving.

Friday night also saw the return of a vintage Tom Allen defense as they forced the Illini into four turnovers and made a goal-line stance to deny Illinois the endzone on what looked like a sure score.

Besides football, most fall sports competition is into the regular season now with mixed results.

• Men’s Soccer was rained out against an elite Notre Dame team and played to a 3-3 tie versus Portland.

• Women’s Soccer finally broke their nearly year-long goal drought with a decisive 3-0 win over Indiana State to improve to 1-0-3.

• Volleyball got victories over Sam Houston State and Texas A+M Corpus Christi but lost to SMU.
• Cross Country opened their season with the women finishing second and the men third at the Redhawk Rumble in Oxford, Ohio. The men’s team also had the individual winner of their race in Gabriel Sanchez.

• Softball is registering people for a Lil’ Sis program.

• Men’s and Women’s golf both had players named to the preseason Big Ten Watch List.