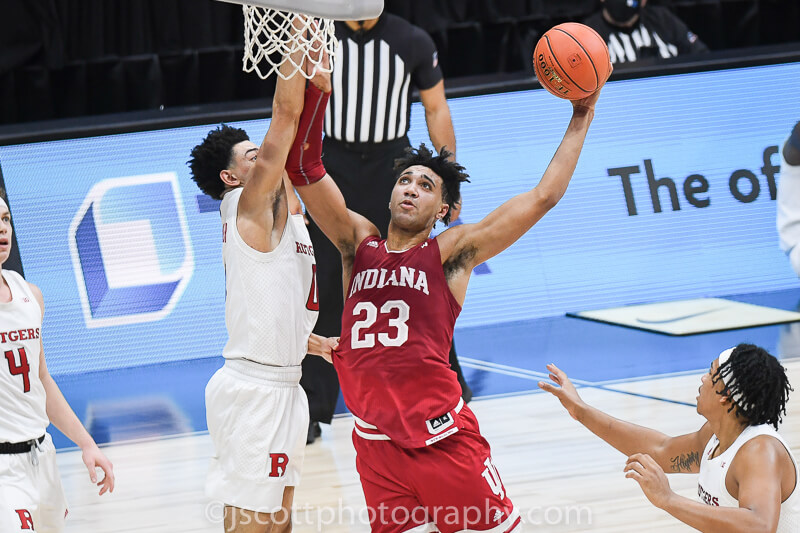 We’re just a little over a month away from Indiana’s two-game exhibition trip to the Bahamas, but the primary news of the last week was centered on recruiting and Big Ten rosters continuing to take shape.

This week marked the first of three July evaluation periods for college coaches to evaluate prospects with their grassroots teams. The Indiana coaching staff was out in full force at events in Atlantic City, Birmingham and Atlanta.

In addition, the week brought a new scholarship offer in the 2023 class, updated preseason rankings for the 2021-22 season and an IU player debuted his vlog featuring some behind-the-scenes looks at the program.

On this week’s episode of Podcast on the Brink, Alex Bozich was joined by Kyle Neddenriep of The Indianapolis Star to discuss CJ Gunn’s development and the in-state talent in the 2022 and 2023 classes. On this week’s Assembly Call Radio, Coach Tonsoni and Andy Bottoms broke down all of the name, image and likeness madness.

All of that, and more, in this week’s edition of 6-Banner Sunday.

While he’s a newcomer to the program, Northwestern transfer Miller Kopp is already embracing being a part of Mike Woodson’s first team in Bloomington.

Kopp, who played for three seasons under Chris Collins at Northwestern, recently teased that he would be publishing his own vlog featuring behind-the-scenes content from IU’s summer workouts.

This week, Kopp delivered the first episode of the vlog via his Twitter and Instagram accounts. The first installment, which is a little under four minutes long, features appearances from several IU players and also shows a Kopp shooting workout.

Given the strong response from Indiana fans, it’ll be interesting to see where Kopp decides to take the vlog in the coming weeks and months.

Banner #2 – Indiana in top 25 in one preseason ranking

The deadline to withdraw from the NBA draft passed this week and in the aftermath, several way-too-early preseason rankings for next season were updated.

The most notable of those rankings from an IU perspective came from Andy Katz of NCAA.com and BTN, who placed the Hoosiers at No. 22 in his power 36 rankings.

According to Katz, “Trayce Jackson-Davis should flourish under Mike Woodson. IU is my sleeper pick for a deep run.”

In addition, ESPN.com and CBSSports.com updated their preseason ratings, which did not include Indiana. Bart Torvik’s computer ratings currently have the Hoosiers No. 30 nationally.

Indiana jumped into the recruitment of Centerville (Ohio) guard Gabe Cupps this week with a scholarship offer.

As a sophomore, Cupps led Centerville to a state championship and averaged 15.2 points, 4.9 assists and 1.7 steals per game. He made 35 percent of his 3s and shot 82 percent from the free throw line.

His father, Brooks Cupps, is the coach at Centerville. Highlights from his performance in the state championship game are definitely worth checking out.

The best in-state prospect in the class of 2022 made his college decision on Friday evening.

Indiana recruited Washington under Archie Miller, but wasn’t ever able to get him on campus since the coaching change from Miller to Mike Woodson. Washington took official visits to North Carolina and Stanford in June after the moratorium on visits was lifted.

With Washington’s commitment to North Carolina, four top 150 players from Indiana have now made college commitments.

It may be July, but Big Ten roster movement continues to happen on almost a daily basis.

This past week, we learned the following:

• Marcus Carr (Minnesota) is in the transfer portal and is considering Louisville, Kentucky, Kansas and Texas.
• Kofi Cockburn (Illinois) is also in the transfer portal and could return to Champaign but is also considering other options.
• Ohio State landed Louisiana transfer Cedric Russell to help fill the departure of Duane Washington Jr.
• Nebraska added Arizona State transfer Alonzo Verge.
• Geo Baker and Ron Harper Jr. are returning to Rutgers.

While Big Ten rosters have mostly taken shape for the 2021-22, there are likely to be a few more twists and turns before the start of the fall semester next month.