With the Hoosiers down a point with 2:43 to go, Phinisee passes to Al Durham on the left wing. Jackson-Davis is rim running ahead of the pack: 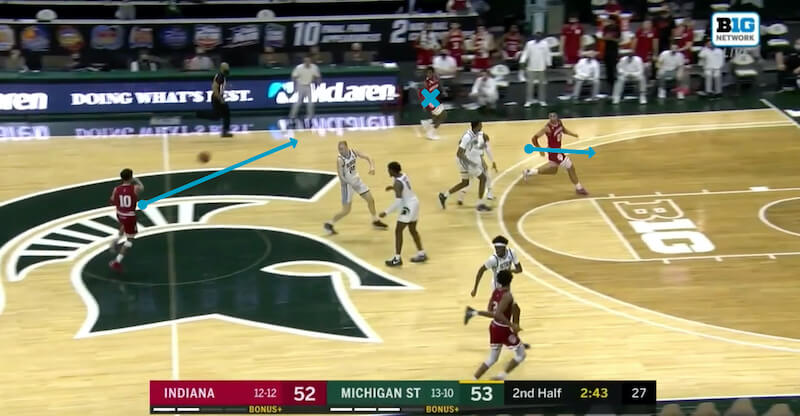 He seals Bingham Jr. and Durham makes the entry pass: 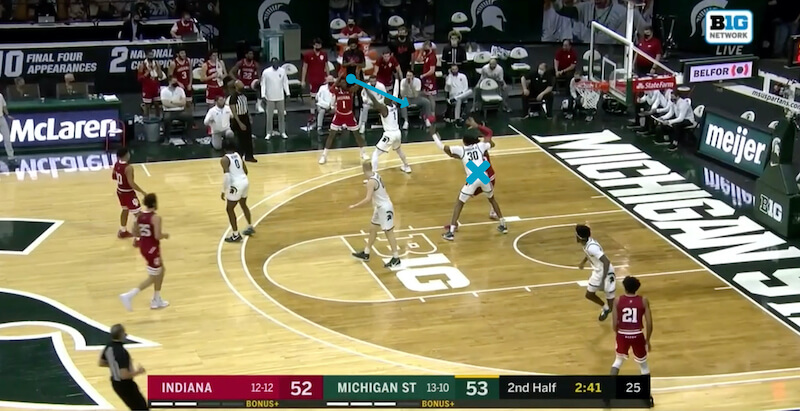 Langford once again digs in and Hauser is near as well. Durham moves to the wing and is ready for the pass: 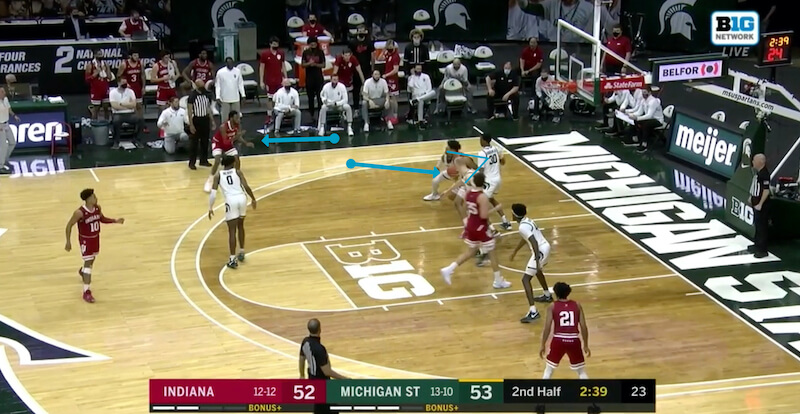 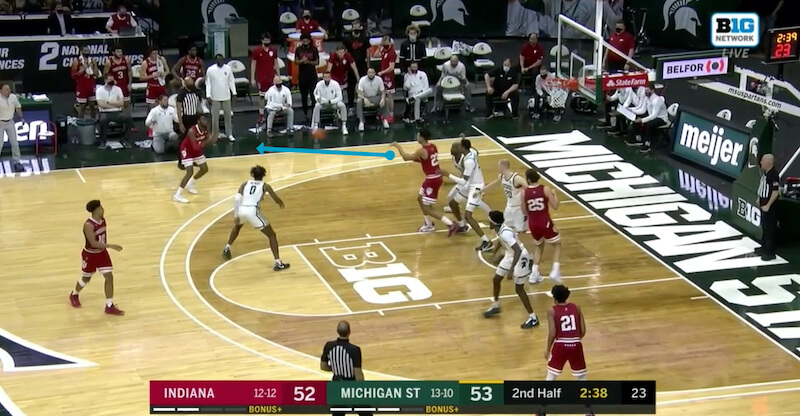 Henry moves over on the closeout but is still on the ground after Durham releases the shot: 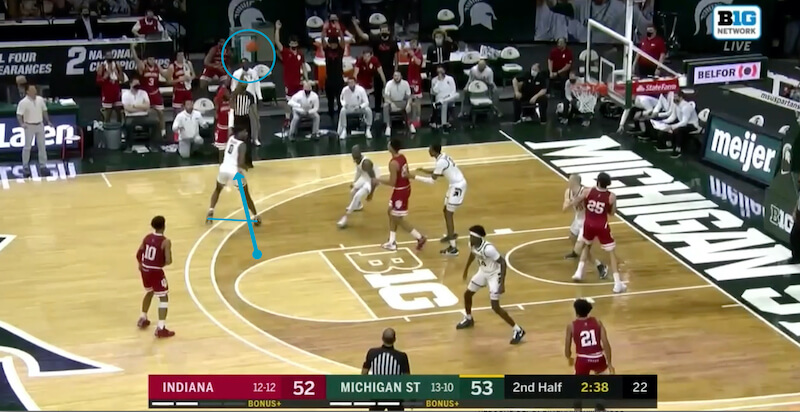 It misses … badly. The air ball lands on the opposite side of the paint: 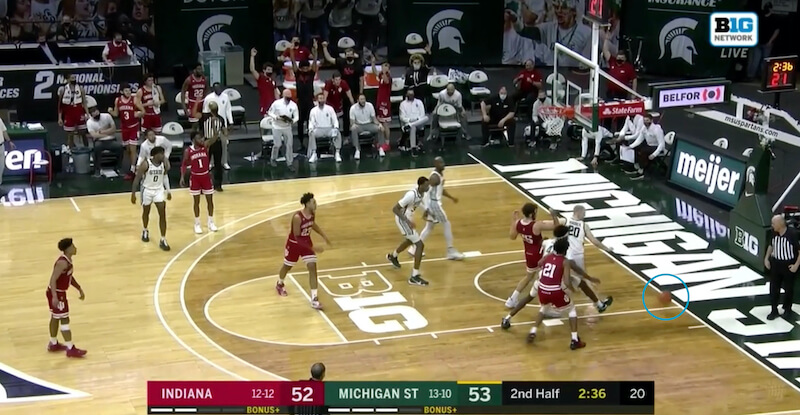 Even when Jackson-Davis was able to find shooters in this game as Michigan State brought pressure down low, Indiana failed to convert.