Three and a half minutes into the second half on Saturday, Indiana still trailed Butler by four with the score at 40-36. But a block by Trayce Jackson-Davis at the 16:29 mark ignited a string of defense-into-offense transition segments for the Hoosiers,  helping them quickly gain a lead they never relinquished.

Often, it was simply individual defensive efforts such as blocks that helped Indiana get out and go. Seven games into the season, Indiana’s block percentage of 14.8 ranks 20th in the country. But team defense helped spark runouts as well.

We’ll take a look at six defensive efforts leading to scores for the Hoosiers in the second half in the latest edition of Film Session: 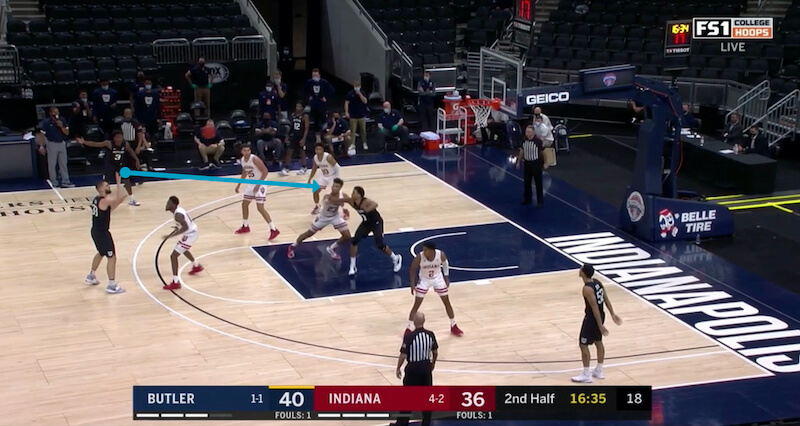 Nze sets up on the right low block as Armaan Franklin digs on him: 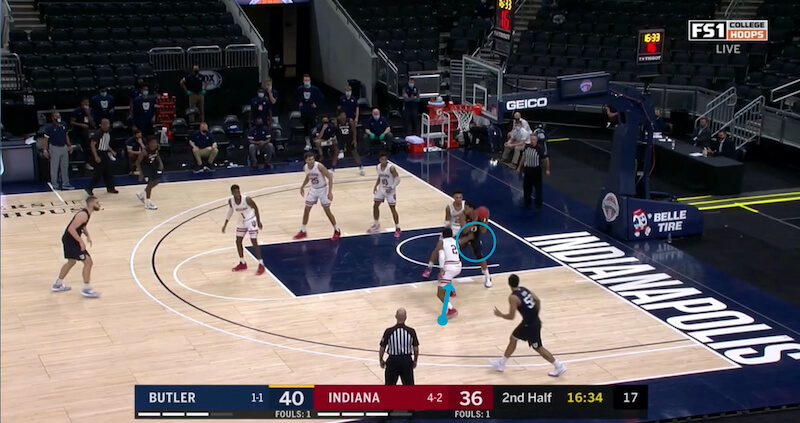 Nze gets into the lane and now it’s Race Thompson digging in on him. Nze has two options on the weak side perimeter, but he opts for his own shot: 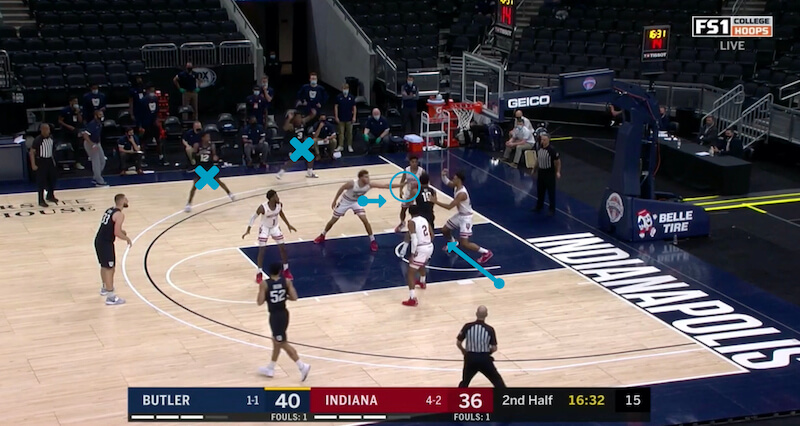 As he goes up, Jackson-Davis extends high and blocks his shot: 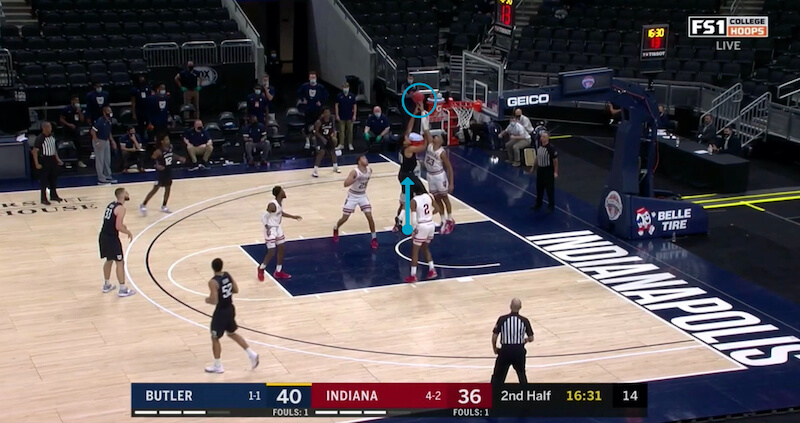 Jackson-Davis comes up with the ball and finds Franklin on his left: 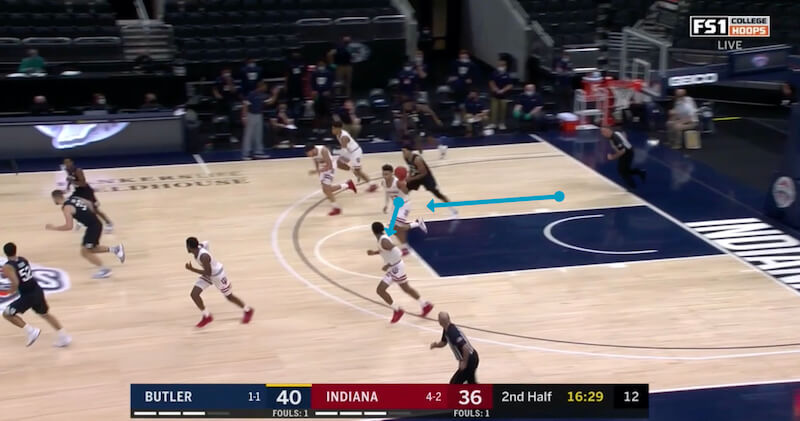 As Franklin gets across halfcourt, both Thompson and Rob Phinisee call for the ball on the right side as Myles Tate points out Al Durham on the left. Golden’s back is to Thompson and Phinisee: 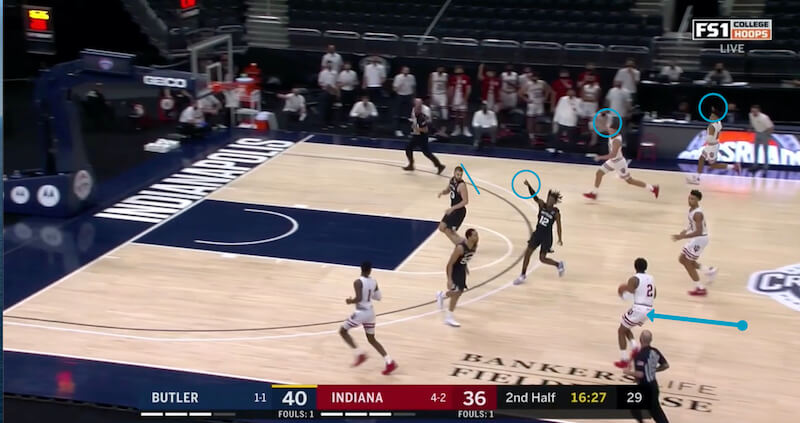 Franklin hits Thompson with a bullet pass and Golden begins to turn around: 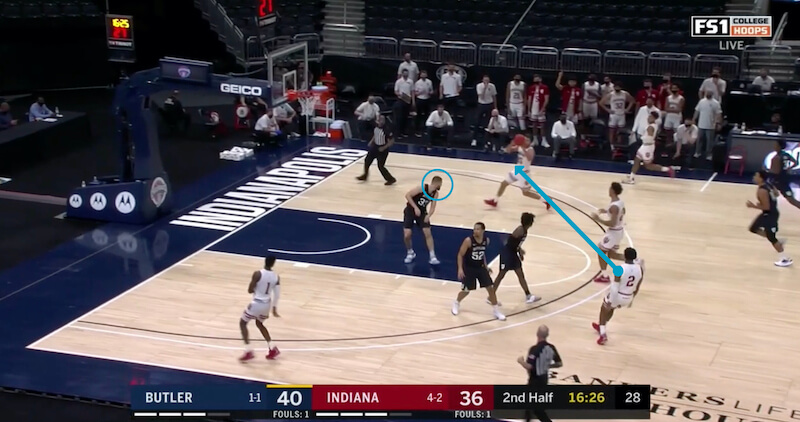 Golden does a decent job of challenging the shot, but Thompson puts it in for two to pull the Hoosiers within two: 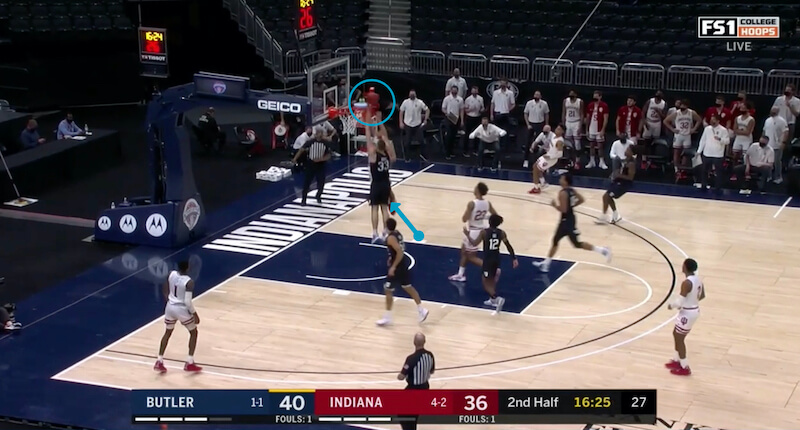 Great pass from Franklin to Thompson here, all made possible by the Jackson-Davis block.