After a rough go of it in the Maui Invitational, Jerome Hunter got more involved against Florida State on Wednesday night. Hunter saw limited time in the second half and didn’t play in overtime. So all his damage and shot attempts came in the first half, where he went 2-of-4 (six points) from the floor with both those makes coming from beyond the arc.

Race Thompson and Trayce Jackson-Davis are the primary ball screeners and post players on the team. (Add Joey Brunk in there too, whenever he’s healthy.) The three-guard starting lineup of Rob Phinisee, Al Durham and Armaan Franklin — along with freshmen Khristian Lander and Trey Galloway — are the primary ball handlers and playmakers.

That leaves Hunter, about the only other regular rotation player at this point, as a secondary option around Indiana’s guards and frontcourt, hunting for perimeter shots or drives via a ball fake on a closeout, while also hitting the right side of the court in transition for 3-pointers.

We’ll take a look at how Hunter is being used this season in the latest edition of Film Session:

Off a Florida State miss, Jackson-Davis passes to Galloway. Hunter heads up the right side of the court: 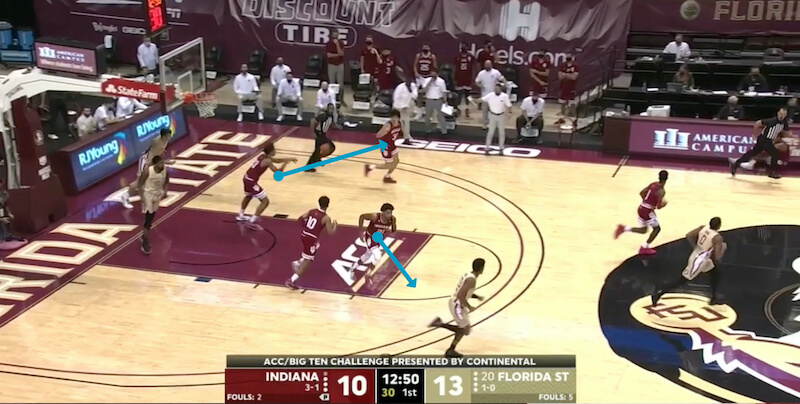 Galloway is across halfcourt and cuts to his right with Sardaar Calhoun in an open stance. He’s got Phinisee and Hunter to his right: 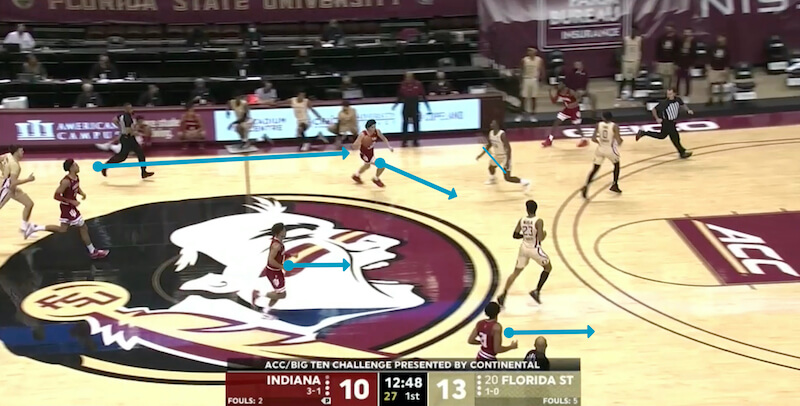 Galloway keeps coming right and attracts another defender, M.J. Walker. As Walker moves towards Galloway, he dumps the pass off to Phinisee. Hunter remains on the right side: 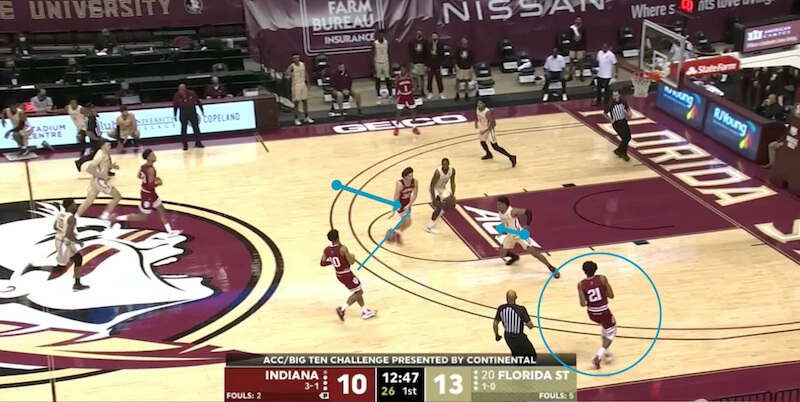 Galloway gets a bit of a body on Walker as Phinisee controls the ball. Hunter is setting up and ready for the pass: 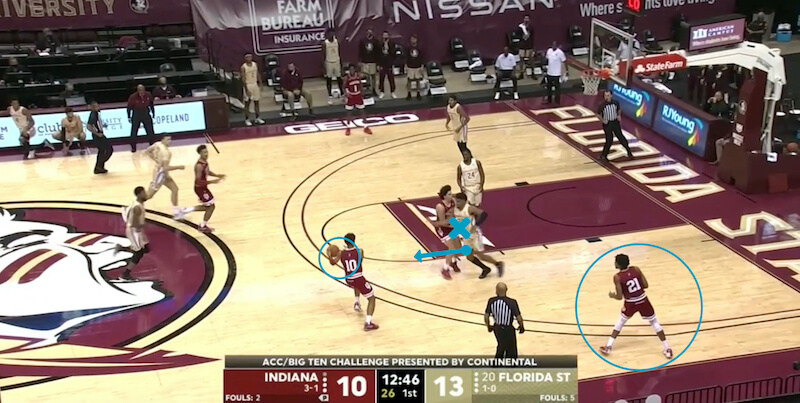 As Walker pops out on Phinisee, he makes the pass to Hunter: 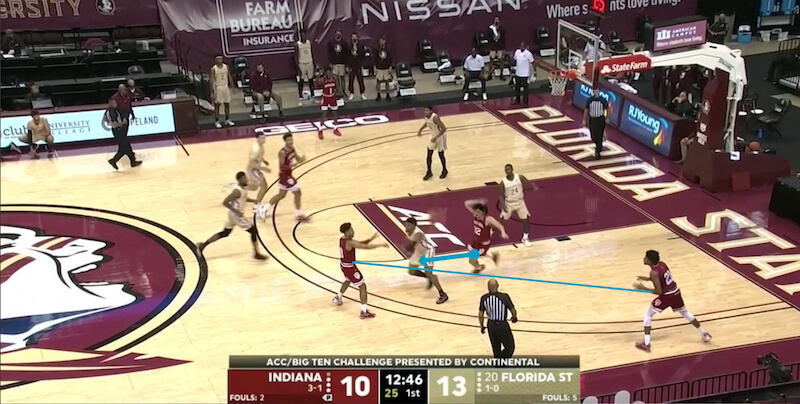 Hunter immediately steps into the shot and hits it over Calhoun’s closeout: 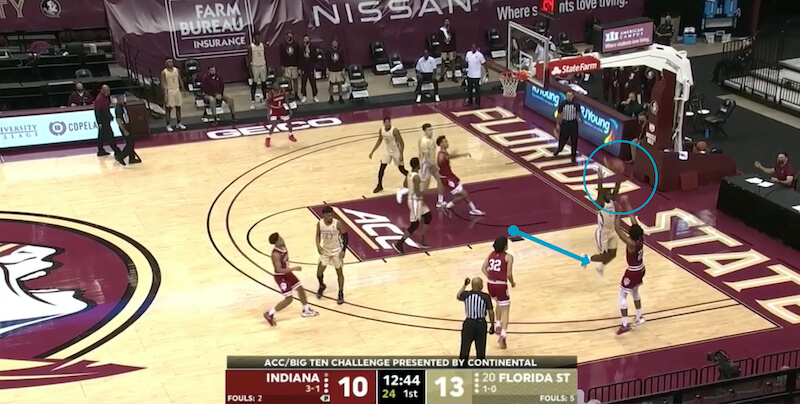