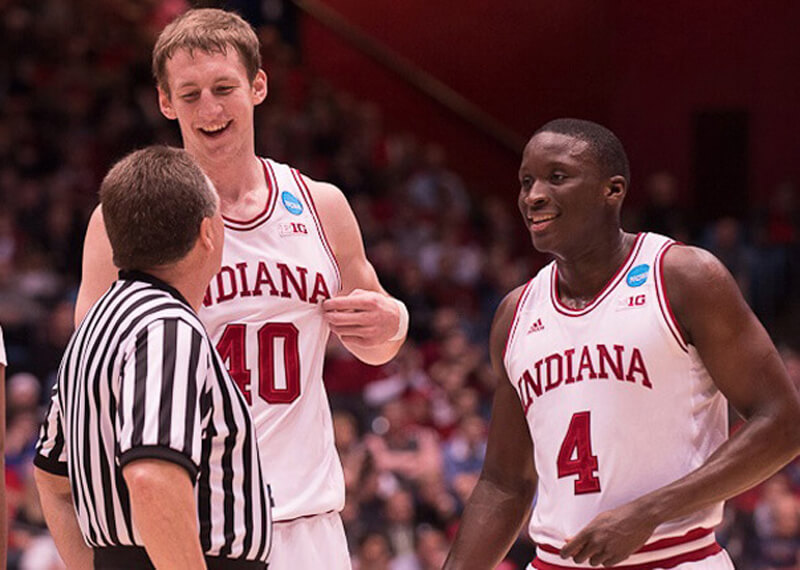 Welcome to the final recap of the 2010s Assembly Call / Inside The Hall IU players round-robin tournament.

Over the past few weeks, we have explained how this tournament came to be, recapped the drafting of teams and completed all three rounds of round-robin play in the tournament.

As a reminder, players were drafted for the tournament based on the “ideal IU version” of that player. So De’Ron Davis is De’Ron prior to his Achilles injury. Maurice Creek is Maurice prior to his injuries, etc.

Tournament results were determined by a fan vote on Inside The Hall’s Twitter page, in similar fashion to The Greatest IU Basketball Player of All-Time Bracket. The voting window for each matchup lasted 48 hours.

Here’s a quick reminder of each team’s roster.

Throughout all three rounds of the tournament, one team clearly reigned superior over the rest.

Team Alex was the only squad to go a perfect 3-0, capping his dominating tournament performance by receiving 86 percent of the fan vote in his final-round victory over Team Dylan, which finished last after going 0-3.

The battle for second place was much tighter, and it went the way of Team Jerod thanks to his team receiving 53 percent of the fan vote in its final-round matchup against Team Cam.

Some of the standout statistics over the course of the round-robin tournament were:

– 3,630 total votes cast on Twitter for six tournament matchups.
– An average of 605 votes cast per matchup.
– A high-point of 765 votes cast in the first-round matchup between Team Alex and Team Cam.

The final standings for the 2010s Assembly Call / Inside The Hall IU players round-robin tournament can be found below, and thanks to everyone who participated.