On a baseline out of bounds pass, Garza gets the ball near the right wing. He shot fakes and drives left. De’Ron Davis sticks with him as Al Durham stunts in on the help: 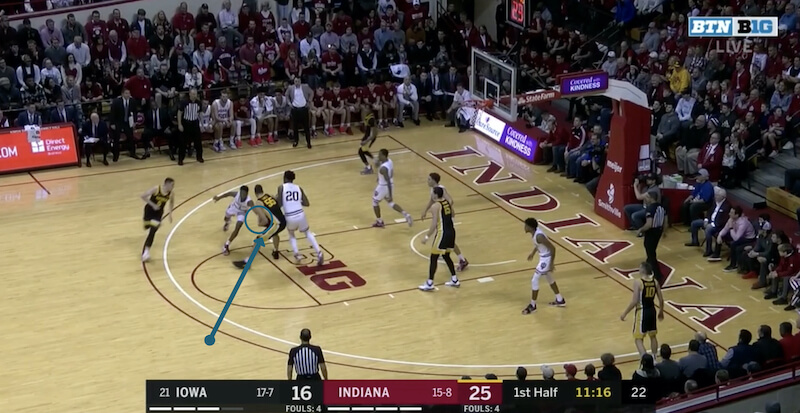 Garza passes to Fredrick and sets a ball screen for him: 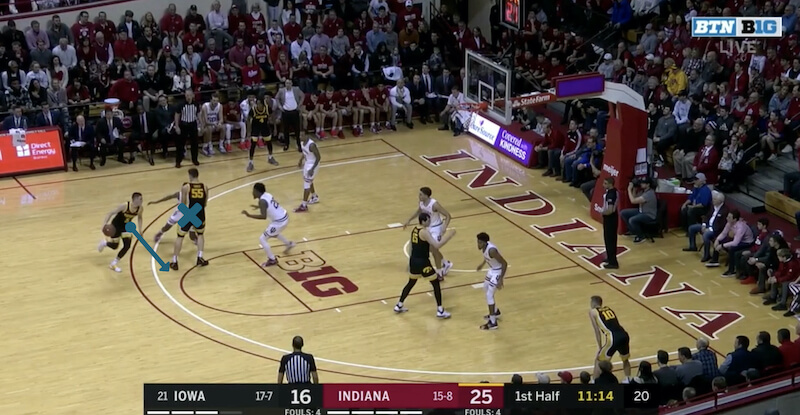 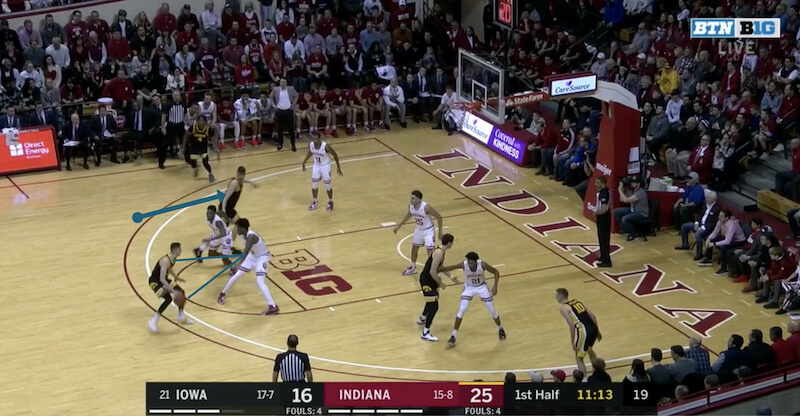 As both Durham and Davis recover to their men, Fredrick passes to Evelyn on the left wing: 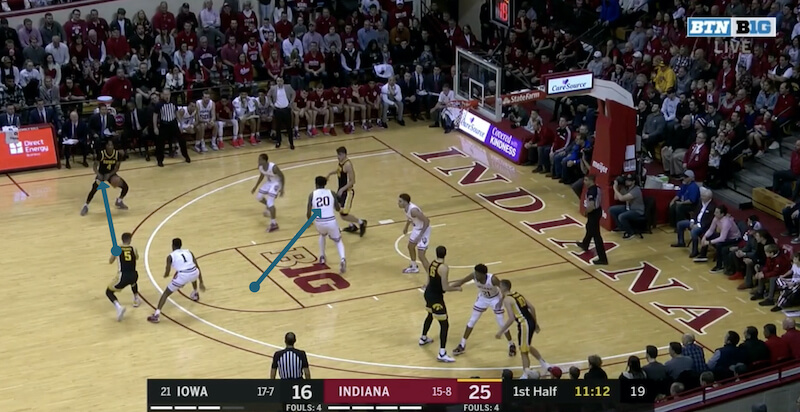 Evelyn looks for Garza on the left low block, but Davis has him covered well. So Evelyn passes to Wieskamp up top: 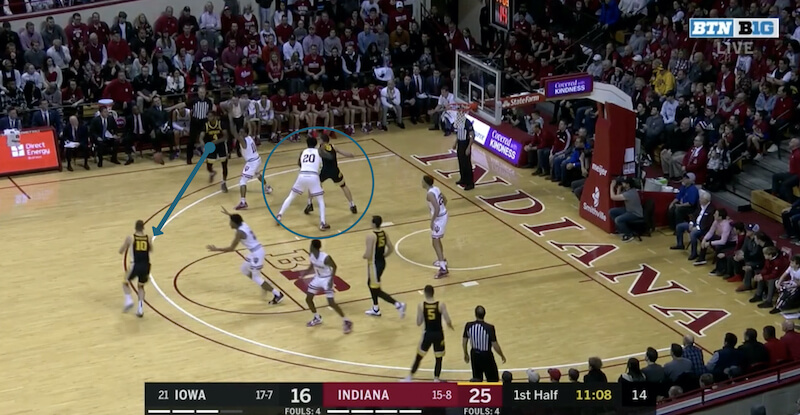 Here comes another ball screen as Kriener moves up to the top of the key for Wieskamp: 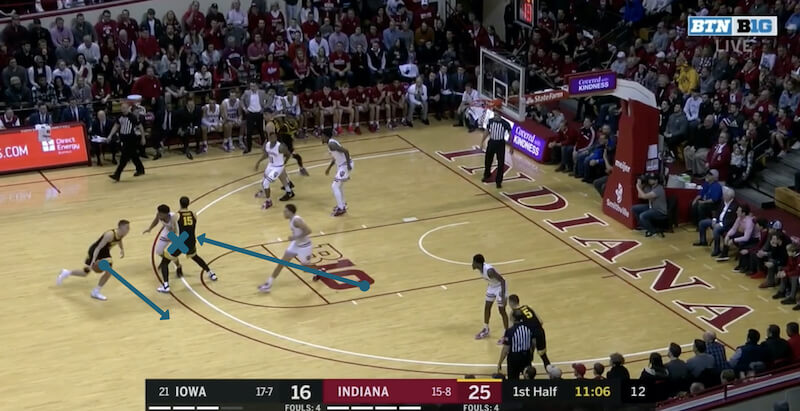 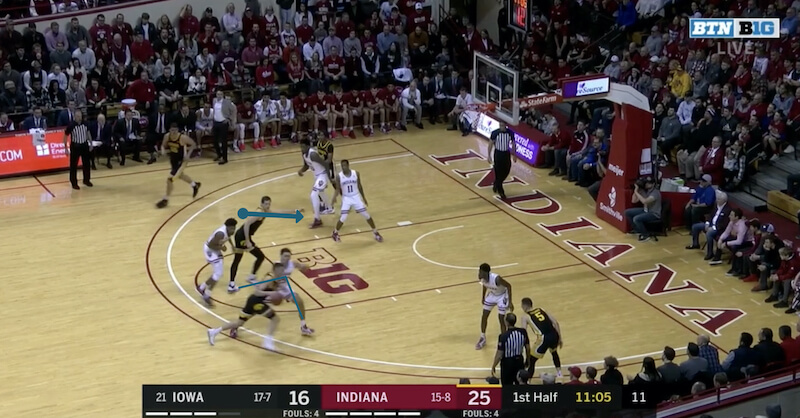 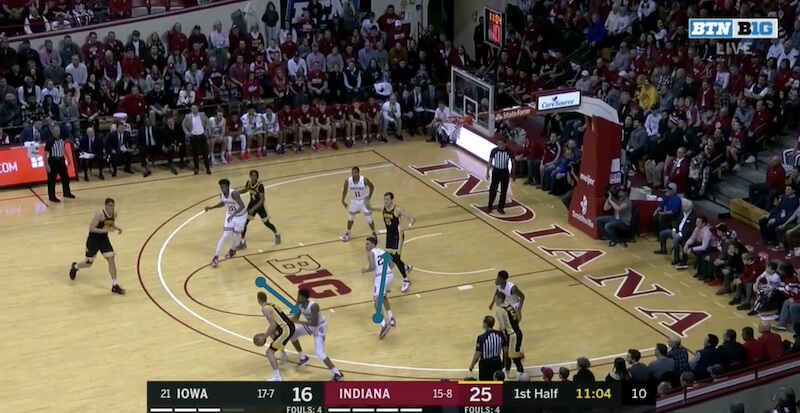 Wieskamp finds Garza at the top of the key: 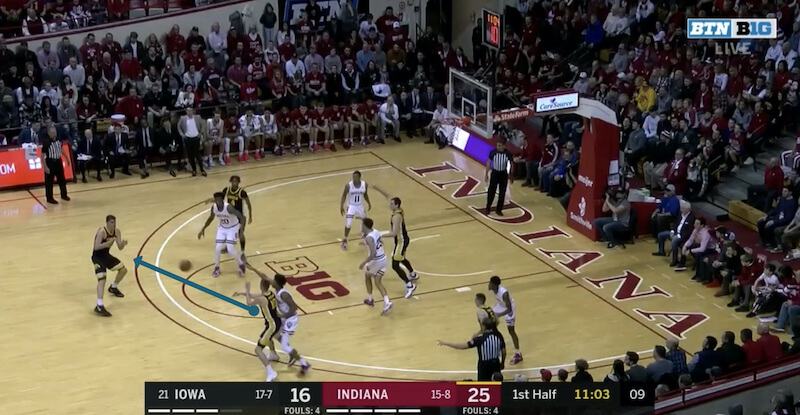 Evelyn sets a back screen for Garza and he takes it left: 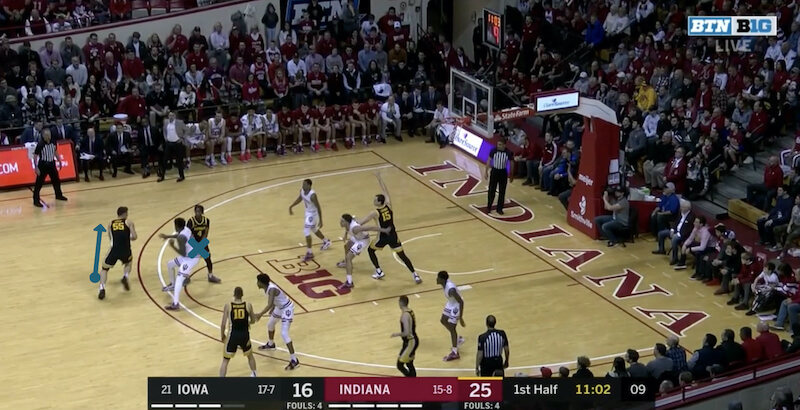 Garza steps back and pops a 3-pointer. Green has closed out hard and gives about the best challenge he can on the much taller Garza: 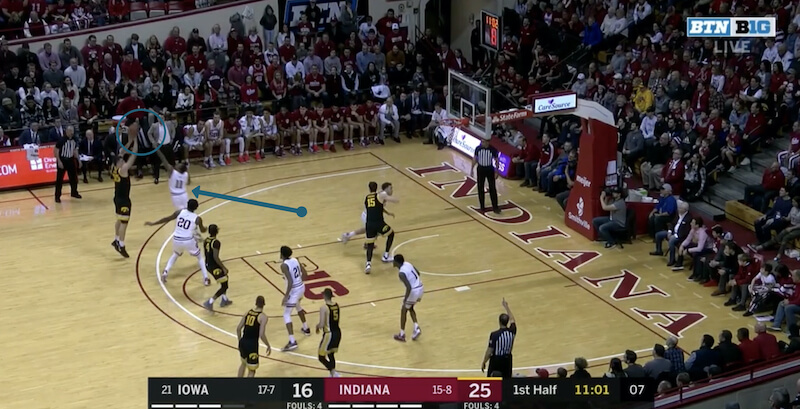 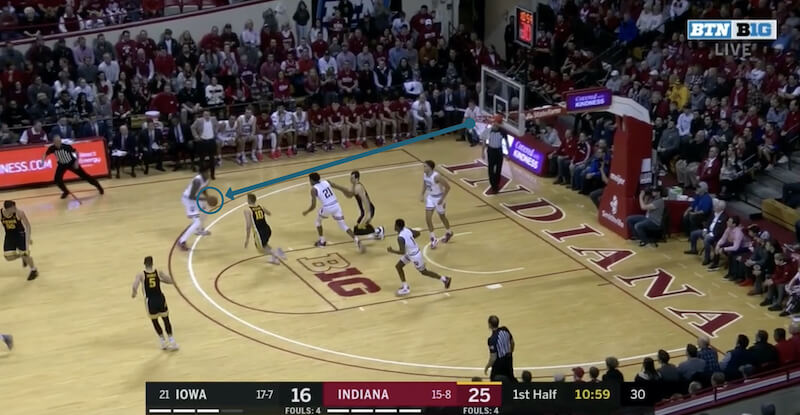 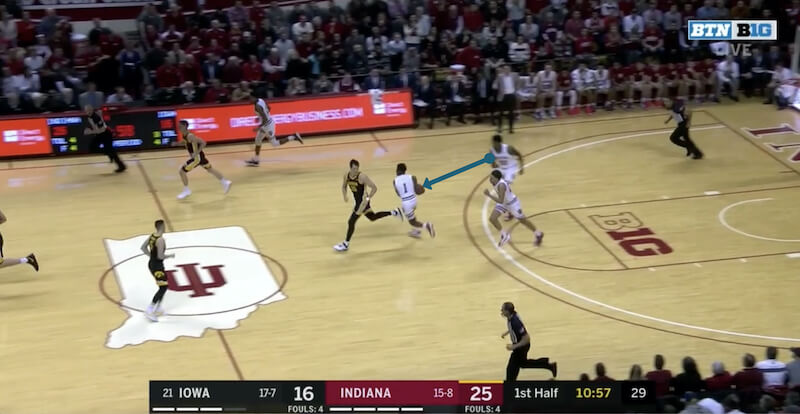 Durham brings the ball up the court. With Garza and Kriener guarding Thompson on the left low block, Durham hits Davis: 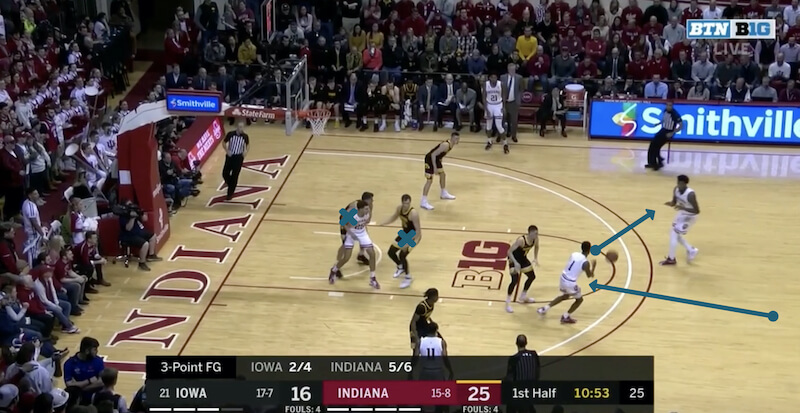 Here’s where things go wrong for Iowa. Both Garza and Kriener move up to Davis. So he zips the pass to Thompson: 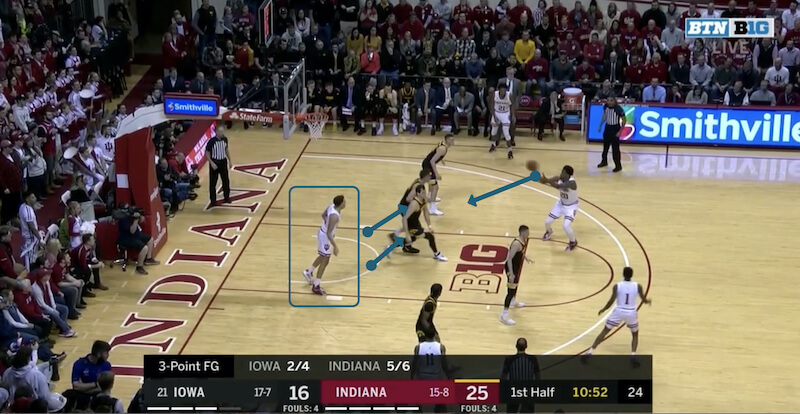 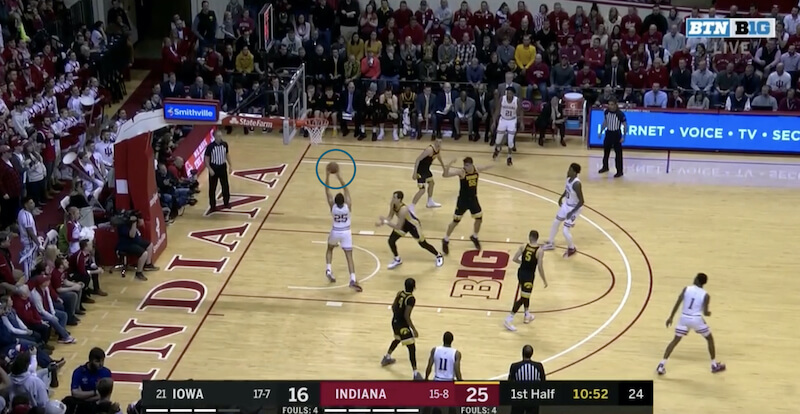 And scores on the other side of the basket for two points: 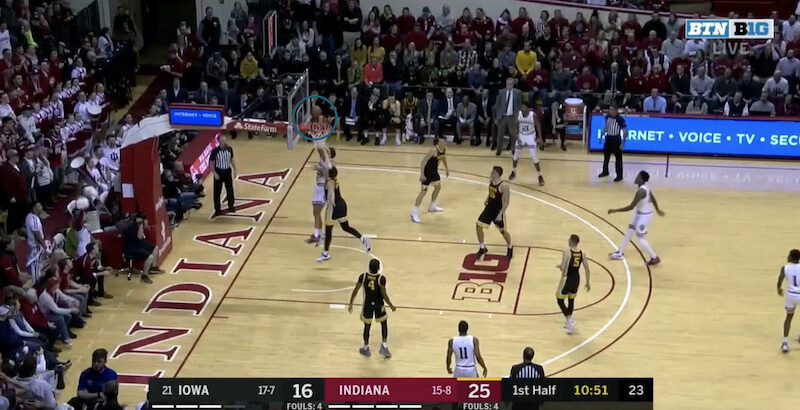 Another strong defensive set from the Hoosiers here as they continued to hedge the ball screens and recover in time. Garza’s shot was decent, but the long rebound allowed the Hoosiers the run out.