On Indiana’s next possession, Phinisee inbounds the ball to Franklin: 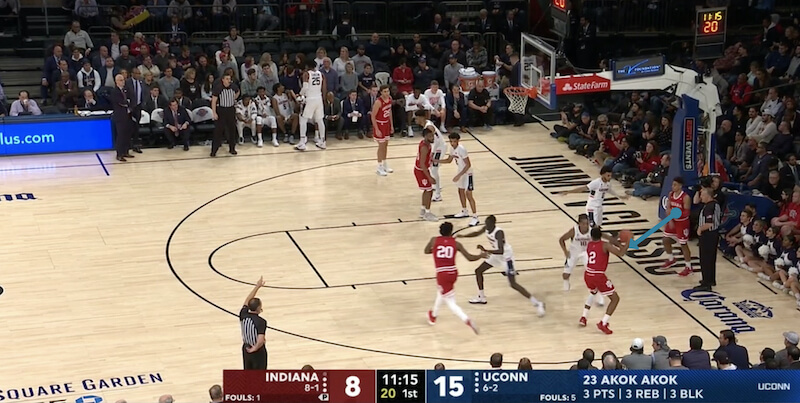 Franklin passes to Davis near the right elbow: 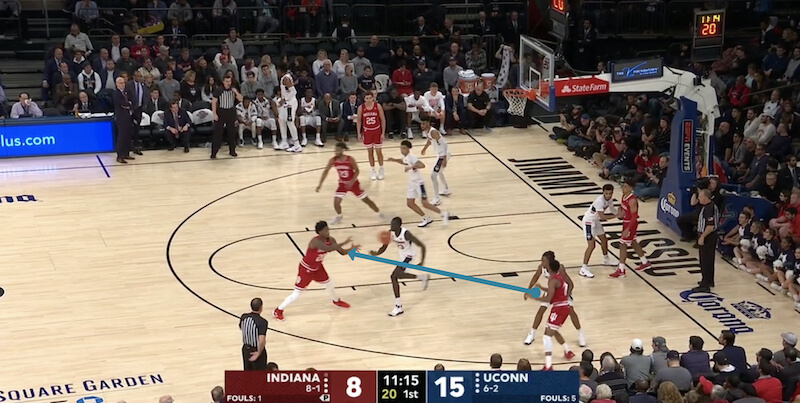 From there, Franklin sets a down screen for Phinisee to get him loose: 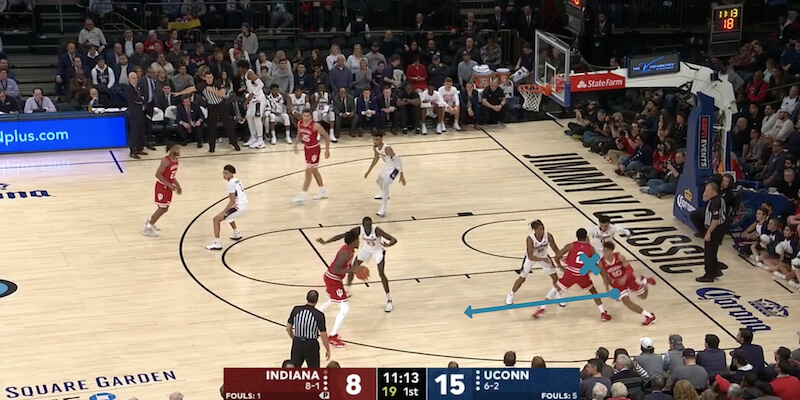 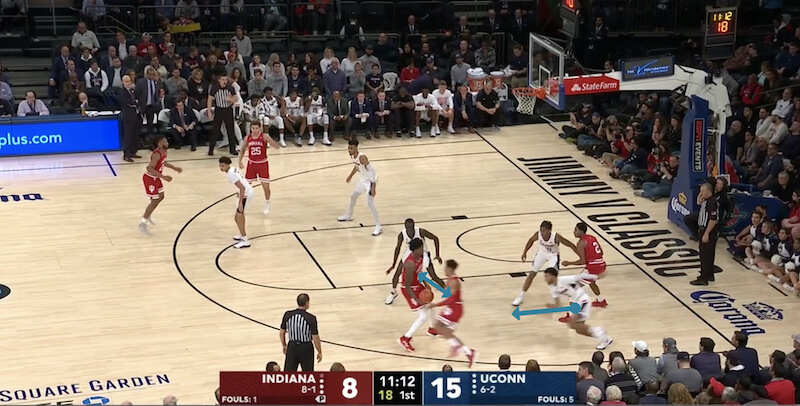 Gaffney is able to get around another down screen, this time set by Davis: 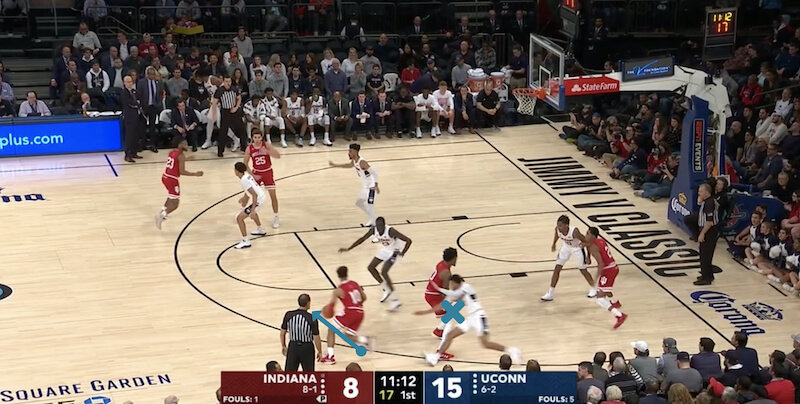 As Davis rolls to to the paint on the pick, it looks like there’s a sliver of space for Phinisee to hit him, as Akok Akok hedges some up to him and Gaffney is on his right side. But with Adams behind Davis — and Akok’s length looming as well — Phinisee thinks better of it: 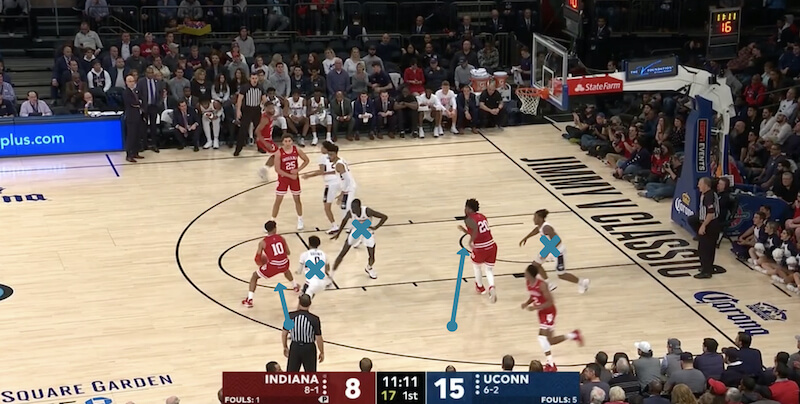 This allows Franklin to clear to the right wing, bringing Adams with him. Davis posts Akok in the paint and Phinisee delivers the pass this time around: 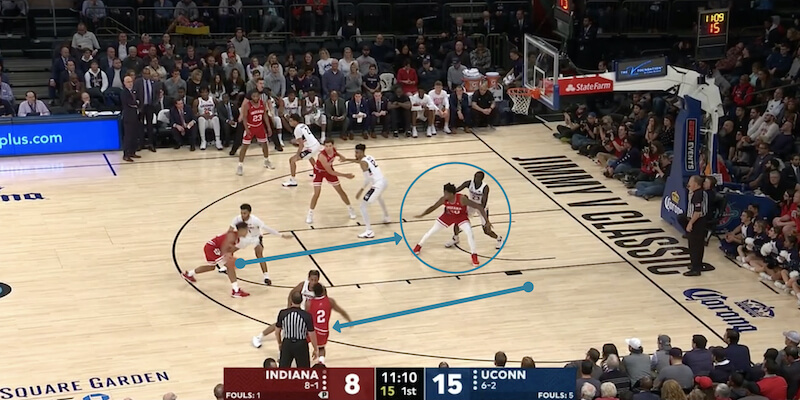 The Hoosiers had trouble getting shots up over Akok on Tuesday night, but Davis has no problem here for the score: 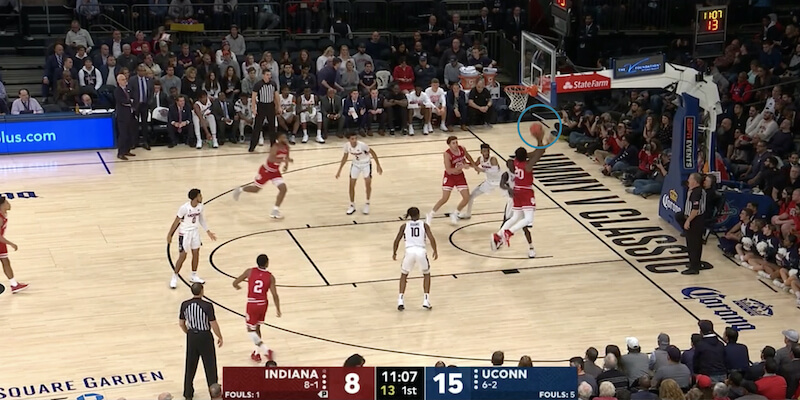 This was an example of the Phinisee “not firing the ball all over the place,” instead waiting patiently for the play to unfold a bit more and Davis to be single-covered down low before the pass came.