Emanuel Littles picks up his dribble on the left wing as Agnew looks for a handoff: 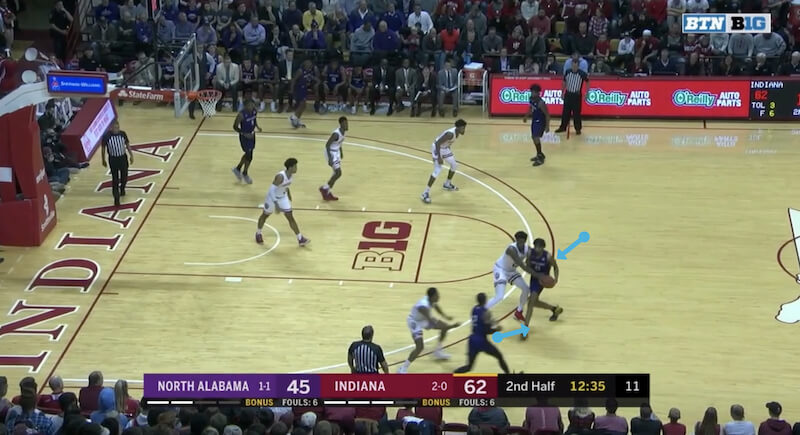 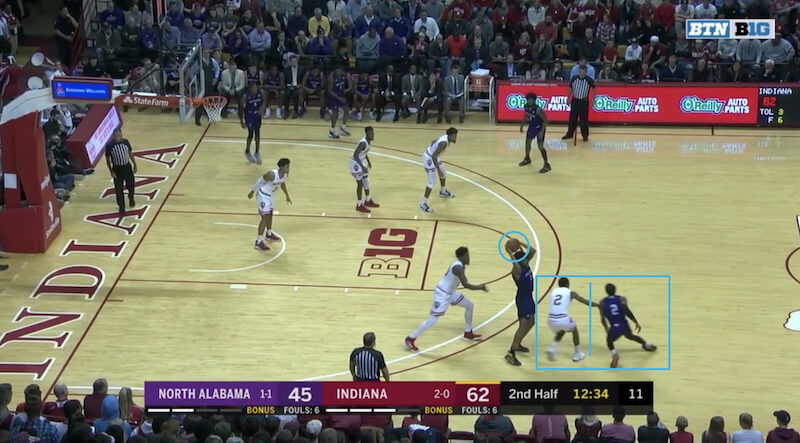 But Franklin starts to put pressure on Littles as Agnew heads towards the paint: 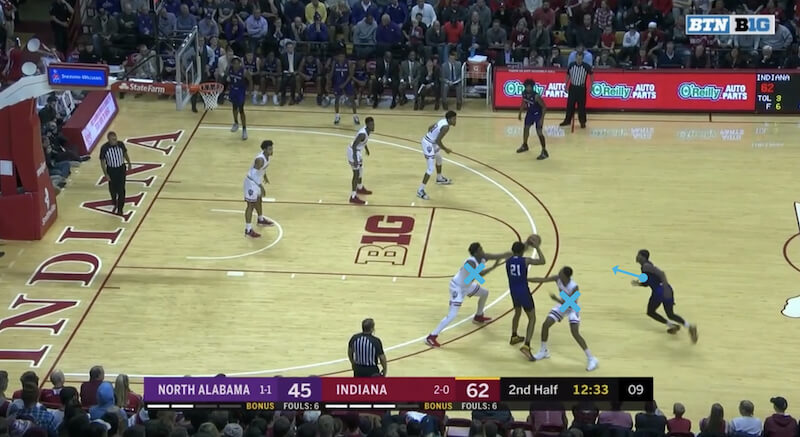 Littles makes the pass to Agnew: 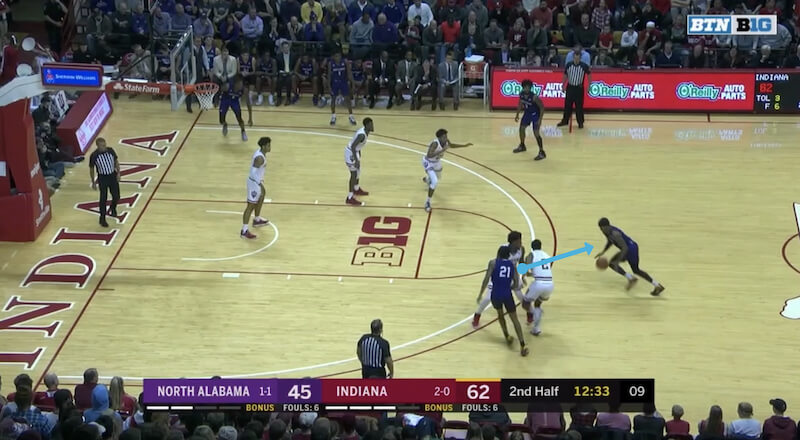 Hunter has ducked into the lane, but heads back out to the right wing after Agnew gets a head of steam, leaving Justin Smith in the paint. James cuts to the basket out of the right corner: 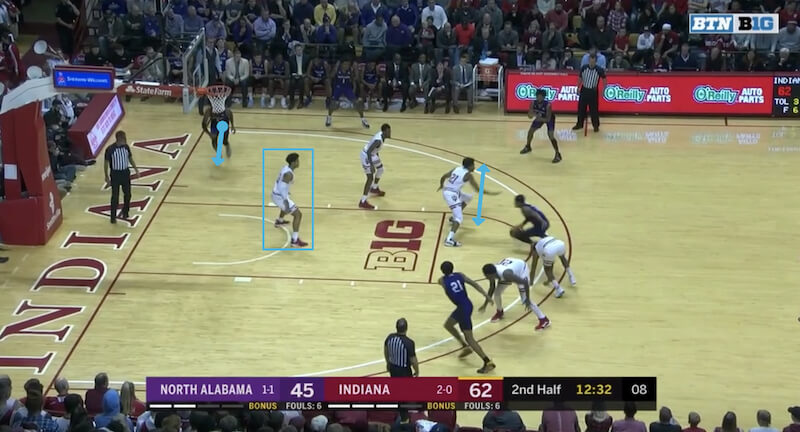 Smith comes up to stop the ball and Agnew makes the pass to James. Durham sprints to the ball: 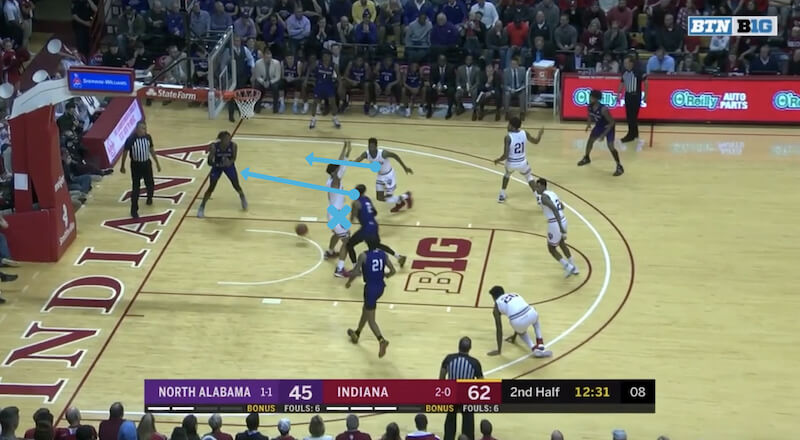 He’s able to block James from behind to stop the dunk attempt: 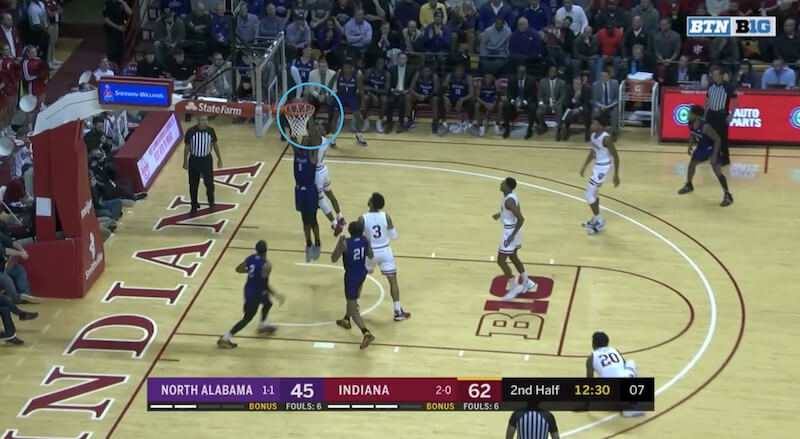 Franklin got beat here once again, but his teammates provided the proper help to make sure of no easy buckets for the Lions.