With the Buckeyes up five, they call a timeout to set something up for the last play before half. Jackson dribbles down the clock and then dribbles to the middle and passes to Andre Wesson:

Wesson then passes to Woods on the left wing: 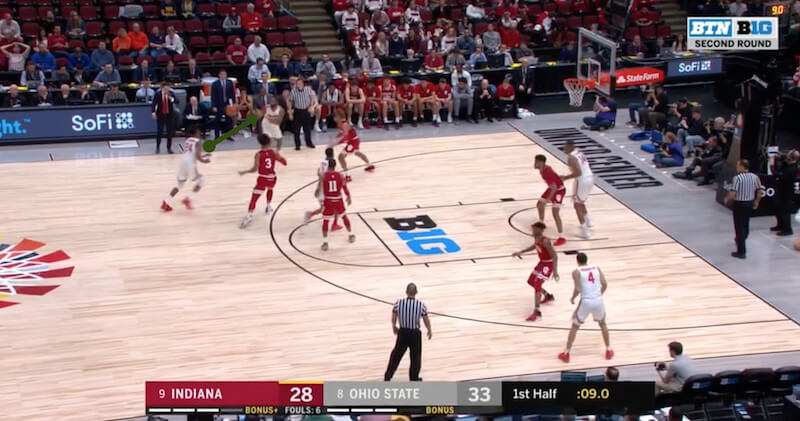 Wesson cuts through, but doesn’t set a true pick on Langford. Langford follows Woods as he drives right: 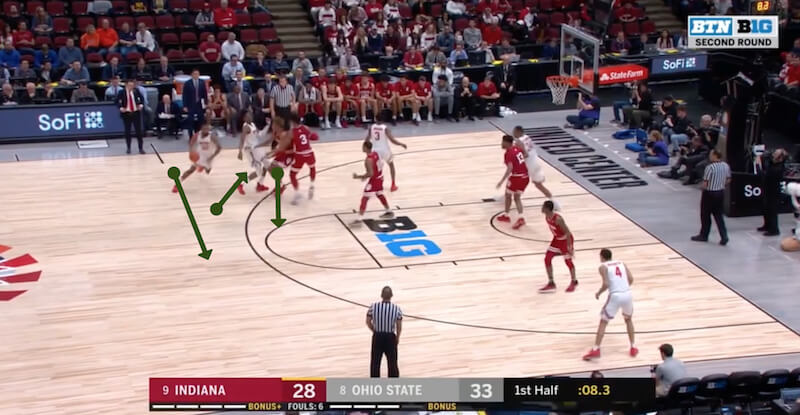 Langford is right on Woods as he gets to the right side of the court. Washington clears to the left side: 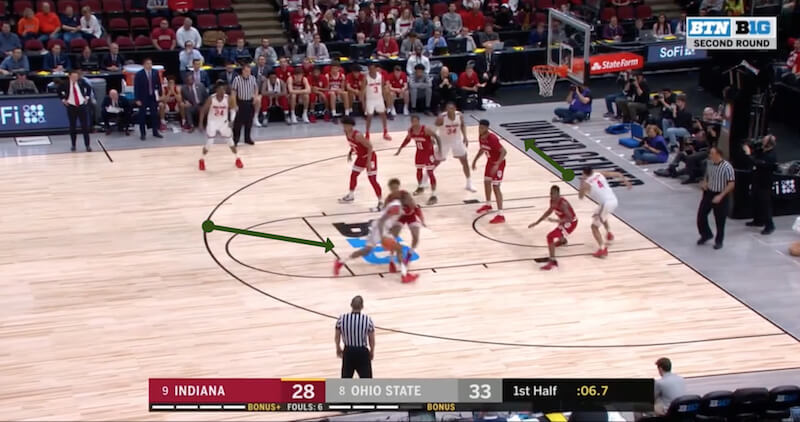 All four Ohio State players have cleared to the other side of the court to let Woods take Langford one-on-one: 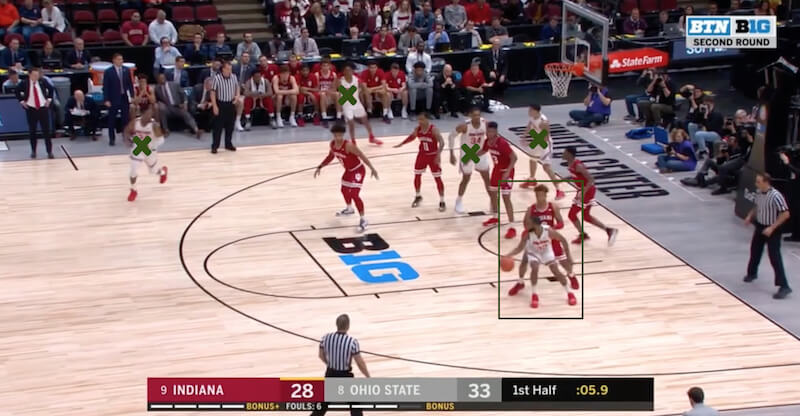 He backs Langford down a bit and now there’s just 3.4 seconds left: 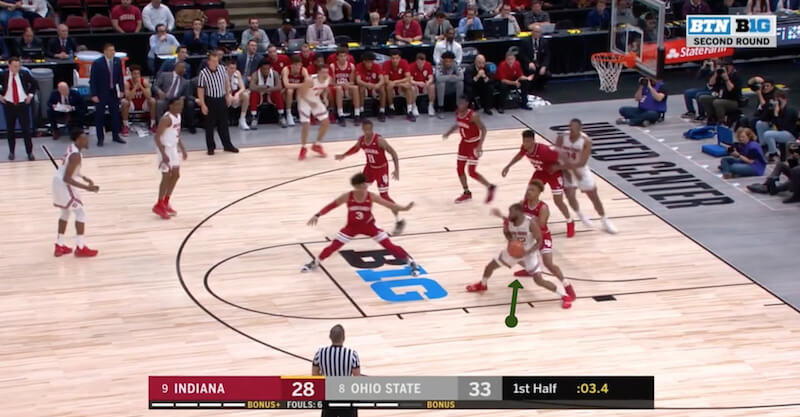 Smith swipes in to give a little help defense as Woods starts to fadeaway: 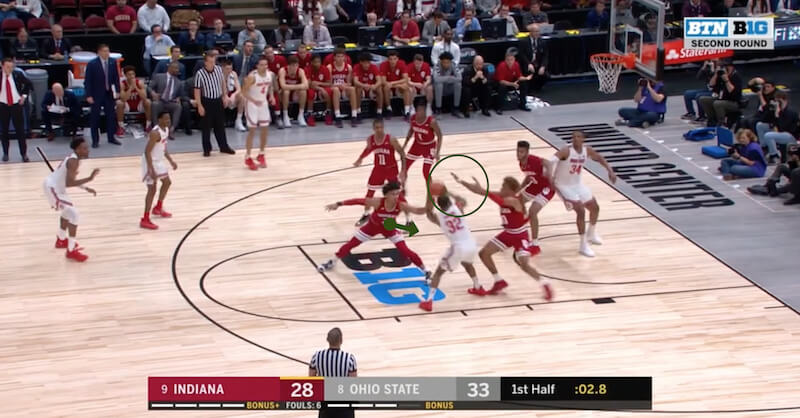 Langford plays him tight and gets a hand up on the shot. But it doesn’t matter, as Woods connects on the tough shot anyway: 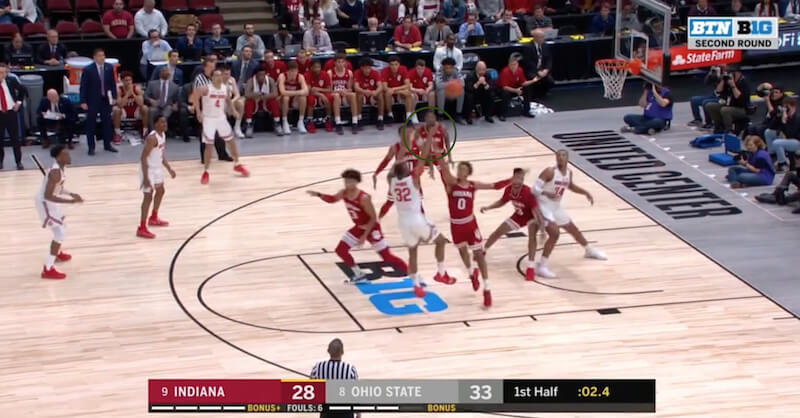 These were the type of shots Woods was connecting on during the contest — tough shots at important times — to sink the Hoosiers.

Continue to page 4 to see an OSU 3-pointer: