In Indiana’s win against Central Arkansas on Wednesday night, Devonte Green put on a show. The junior received his most playing time of the season (28 minutes) due to Robert Phinisee’s head injury and he made the most of it, posting a stat-stuffing line of 19 points, nine rebounds, six assists, four steals, a block and just two turnovers.

Green was sharp from distance (6-of-10) and his crafty defense often led to transition scoring opportunities for the Hoosiers as well.

We’ll take a look at a host of Green film — a 3-ball, two steals and a turnover — in the latest edition of Film Session:

With time winding down in the first half, Green snags one of his nine boards of the contest: 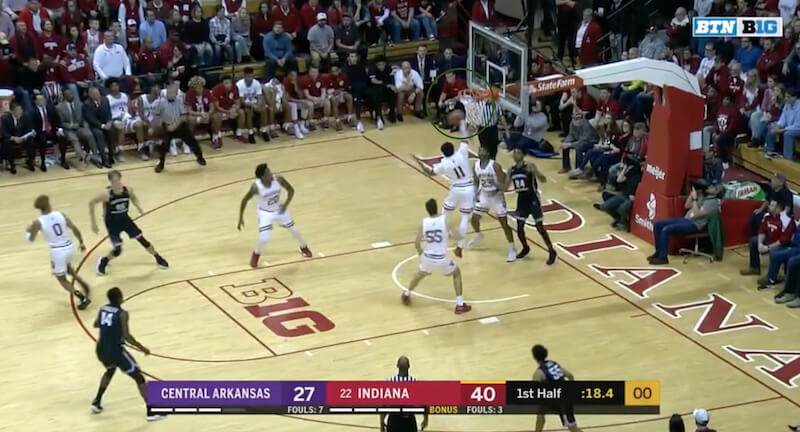 He quickly brings it up court, but opts to retreat to set up a final play for the Hoosiers: 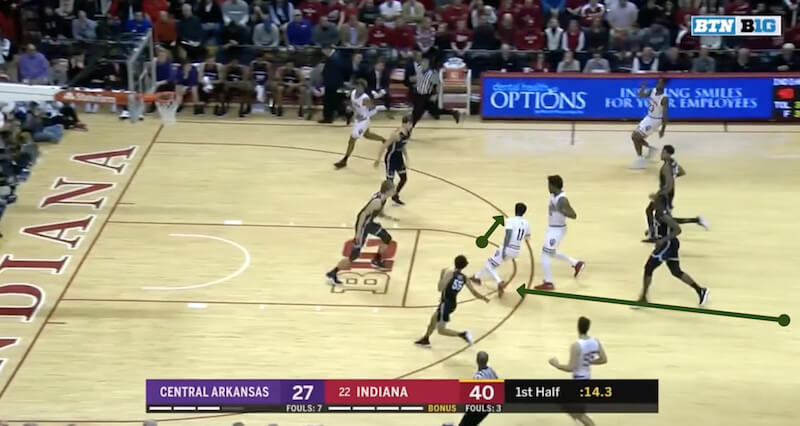 Green dribbles way out near half court: 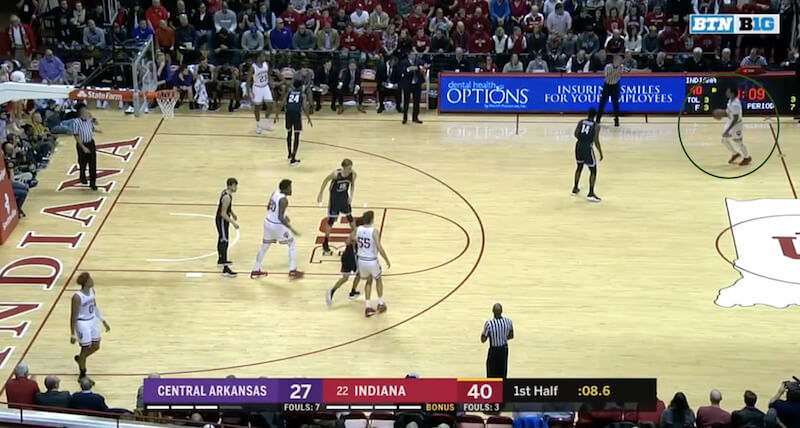 De’Ron Davis gives him a ball screen and he takes it left: 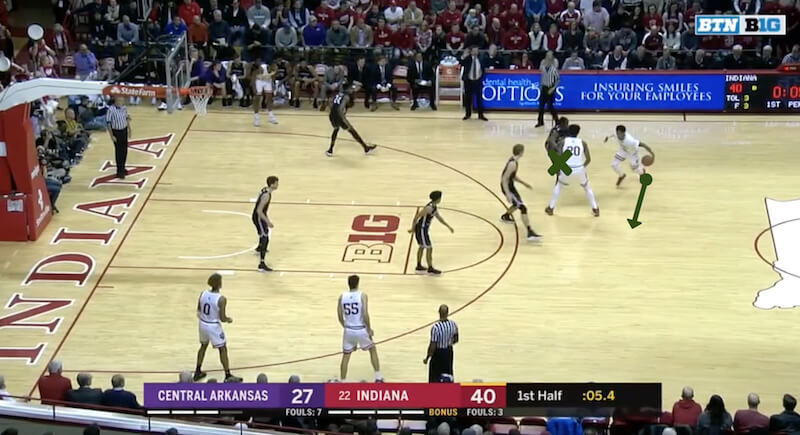 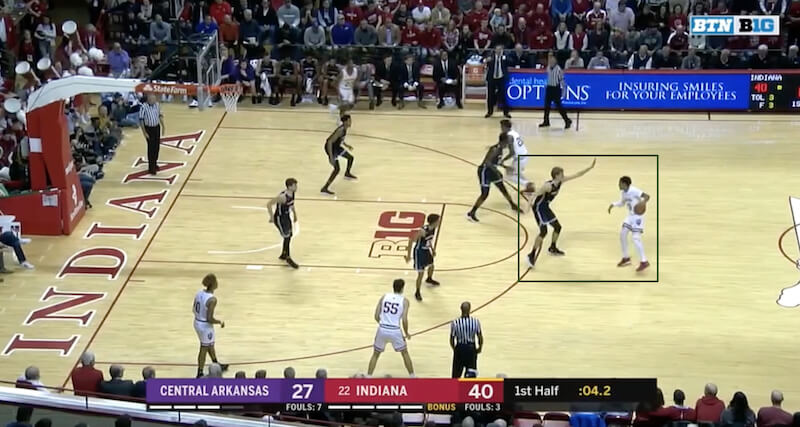 While Koval is known as a strong shot blocker, this gives Green a mismatch and he goes to work. Green goes right and hits Koval with the stepback: 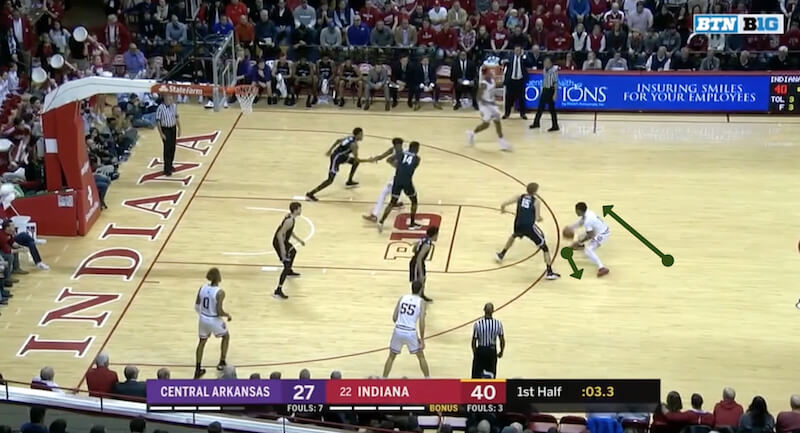 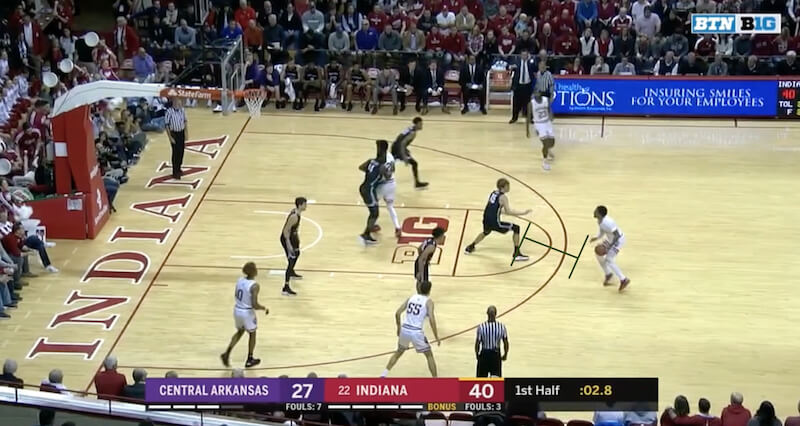 Green rises up and hits the shot as the buzzer sounds on the half: 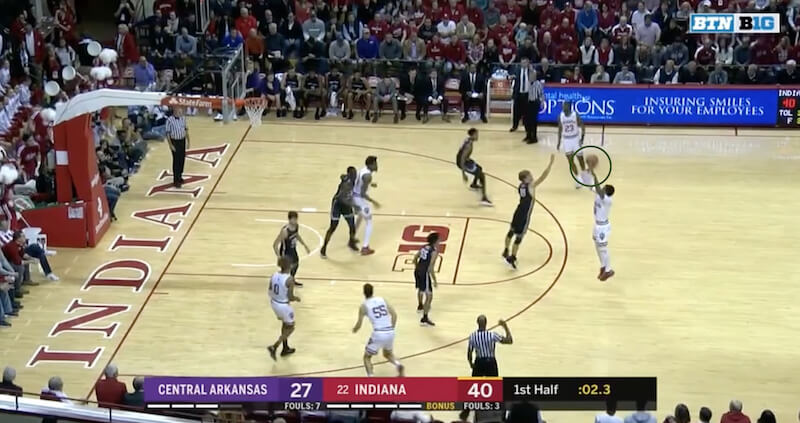 These are the type of tantalizing plays Green can provide and that make him valuable. He’s a playmaker when he’s not coughing up the ball. Outside of Romeo Langford, there’s not really anyone else on the team with this sort of stepback ability in their arsenal.

Continue to page 2 to see a Green steal and assist: