A few minutes later in the contest, the Bulldogs are back in their zone defense. Green swings the ball to McRoberts as Morgan again flanks out to the right corner: 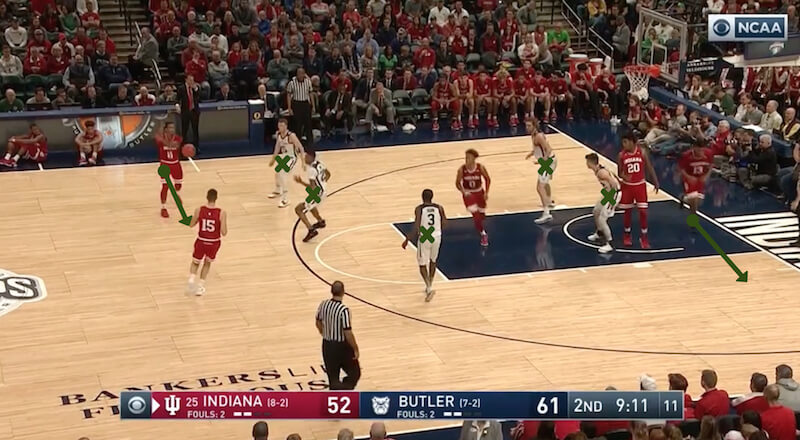 McRoberts passes back to Green with Morgan now off camera in the corner: 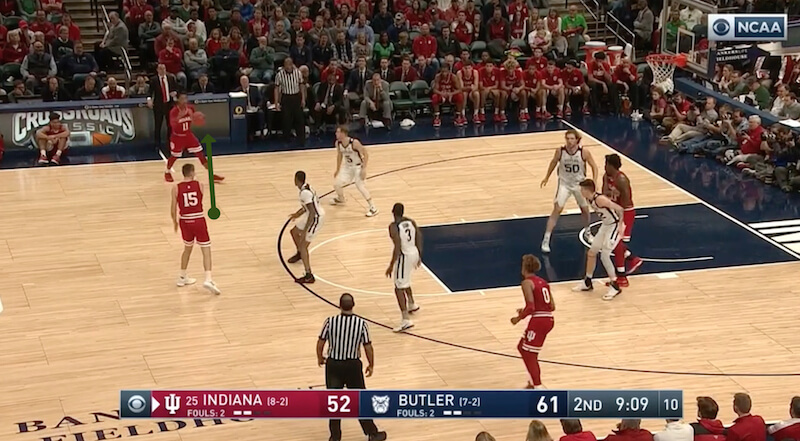 Green passes back to McRoberts: 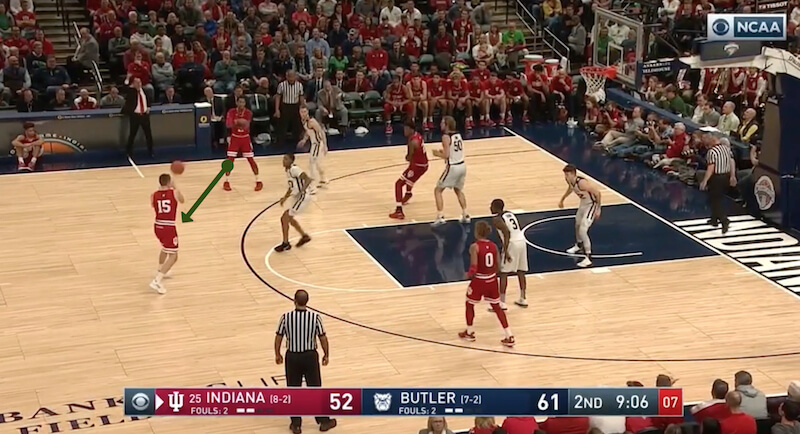 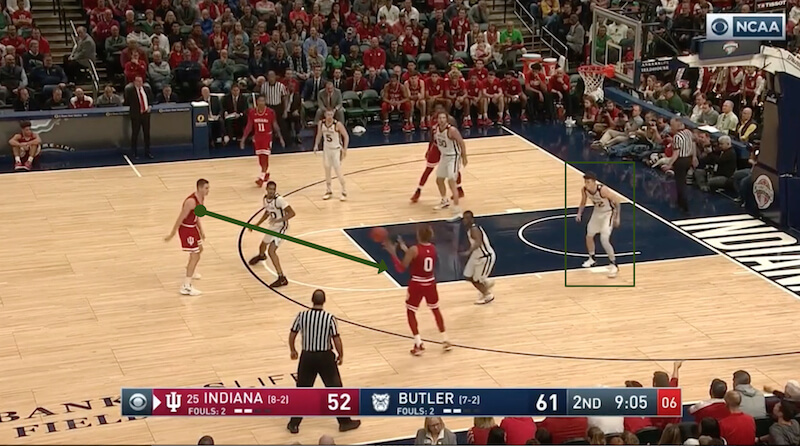 As Langford swings the ball to Morgan in the corner, McDermott starts his closeout: 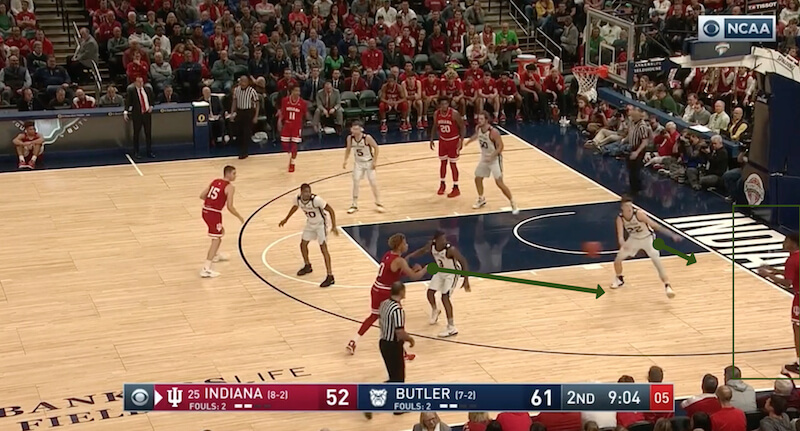 It’s the only good challenge on a Morgan right corner make all game, but he’s still able to bang it home: 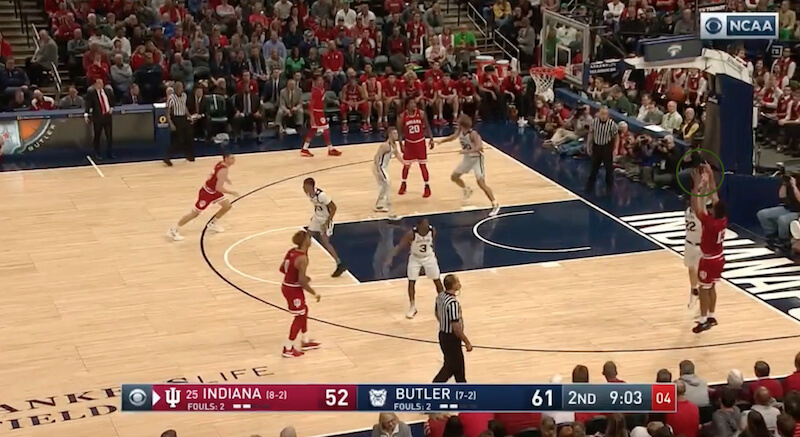 Just some simple perimeter passing around a zone for this score here.