Later in the second half with the Hoosiers still chasing the Bulldogs, Butler sets up in a 1-2-2 zone. Green dribbles left as Morgan heads out once again to the right corner: 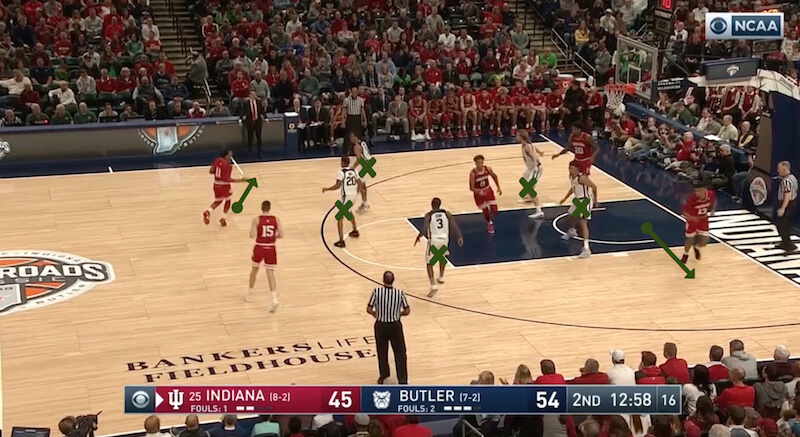 Green passes the ball to McRoberts up top as Morgan continues to spread out to the corner: 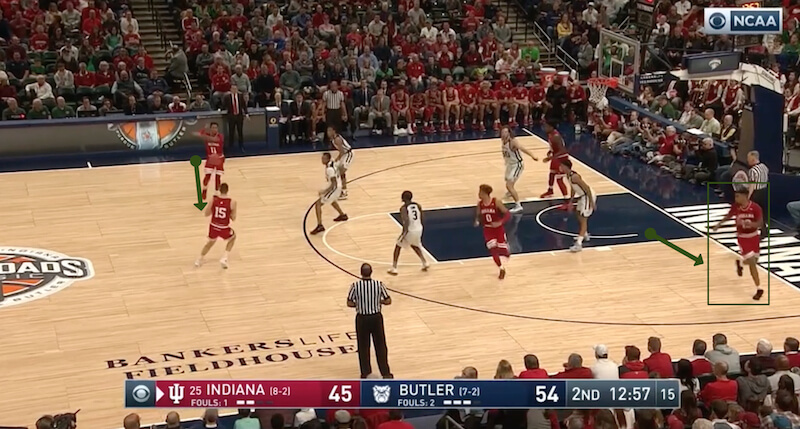 McRoberts passes back to Green as Morgan hunkers down in the corner: 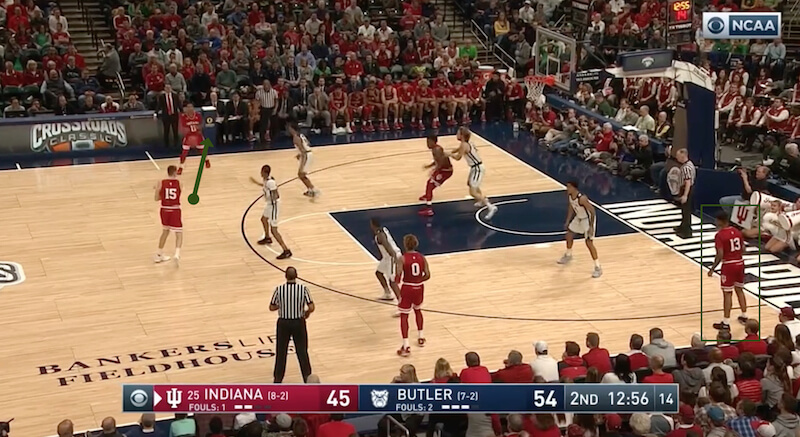 Green makes the smart decision to whip a skip pass to Morgan in the corner. Jordan Tucker gets twisted up and starts heading the wrong way first: 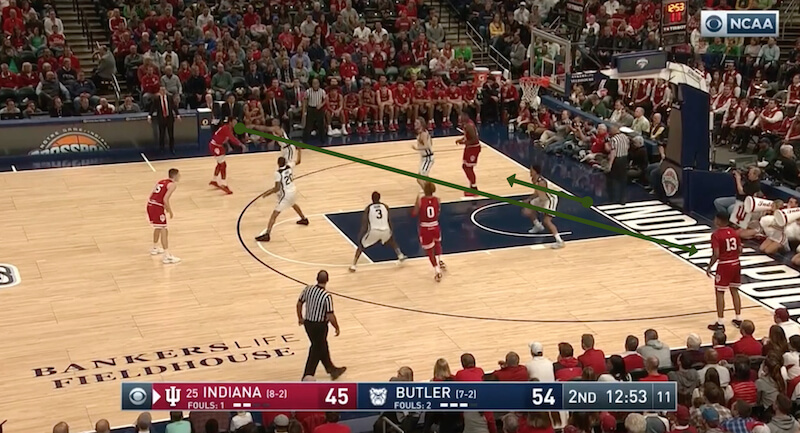 That means he’s still in the paint while Morgan catches. So Kamar Baldwin comes to close out: 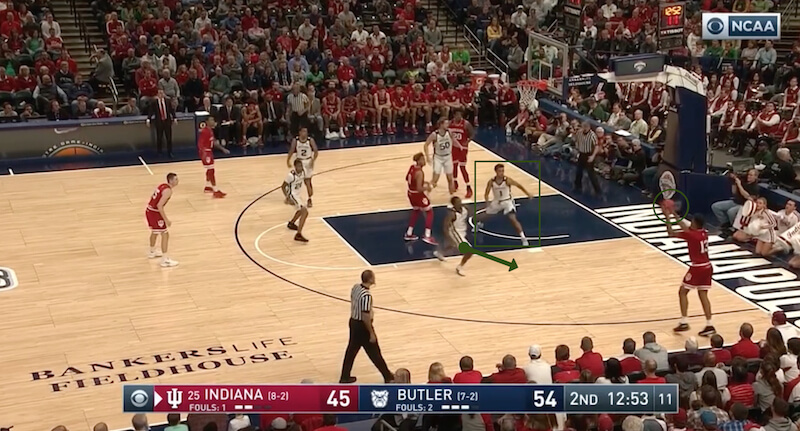 He’s much too late and at a poor angle as Morgan rises up and hits his third triple of the contest: 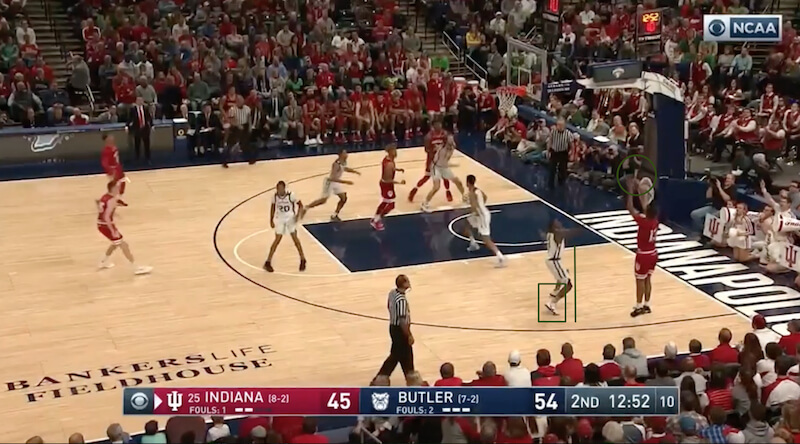 Green’s crosscourt pass made the difference on this one.

Continue to page 4 to see another Morgan 3-pointer: