Law inbounds the pass to Pardon: 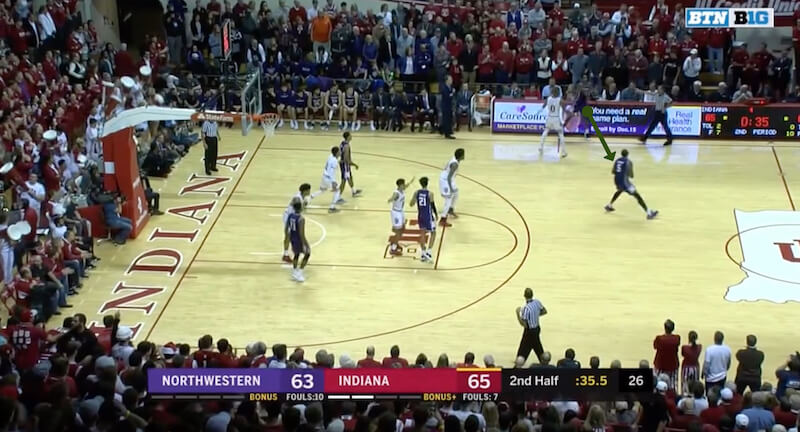 Pardon passes to A.J. Turner as Law cuts to the basket: 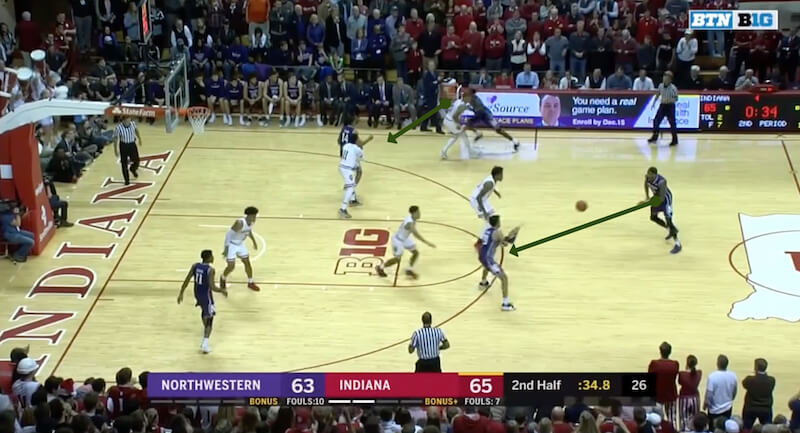 Taylor screens Langford on Law’s cut, and with the rest of Indiana’s defense spread out some, Law has space in the lane: 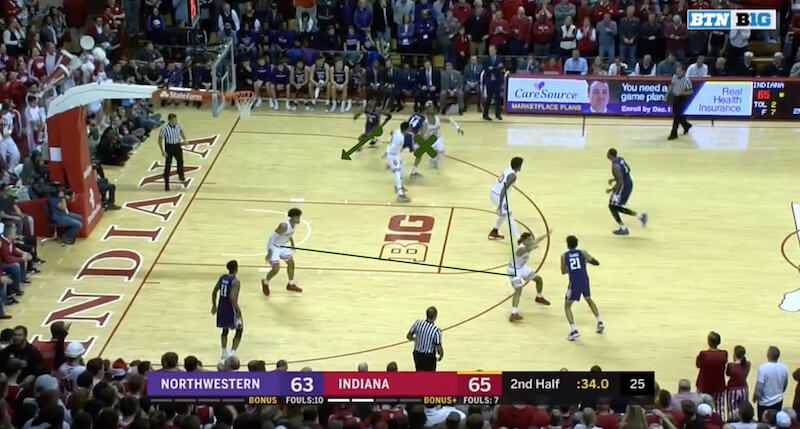 Langford has fought through the screen and has a beat on the ball: 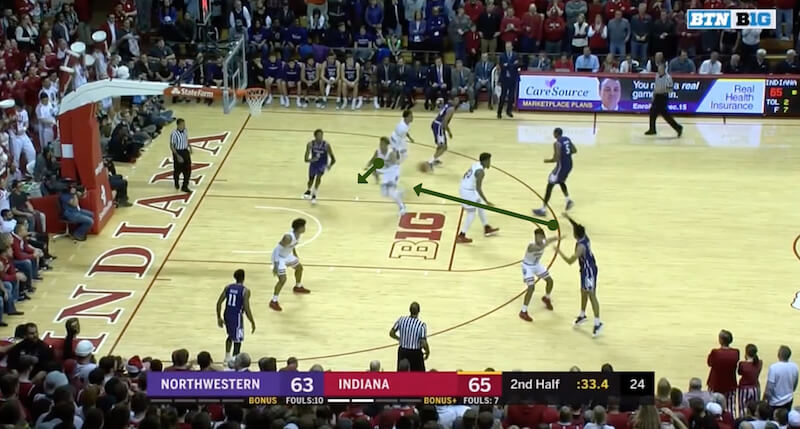 He disrupts the pass and it lands out of bounds: 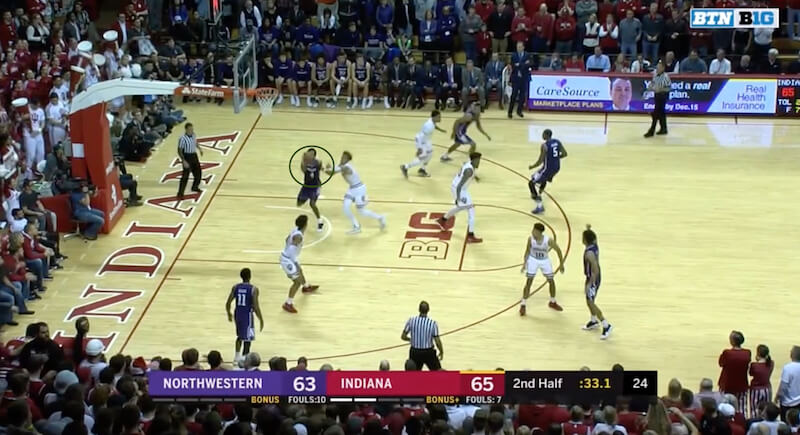 While the refs initially signaled the ball remained with the Wildcats, a replay overturned the call and gave it to the Hoosiers: 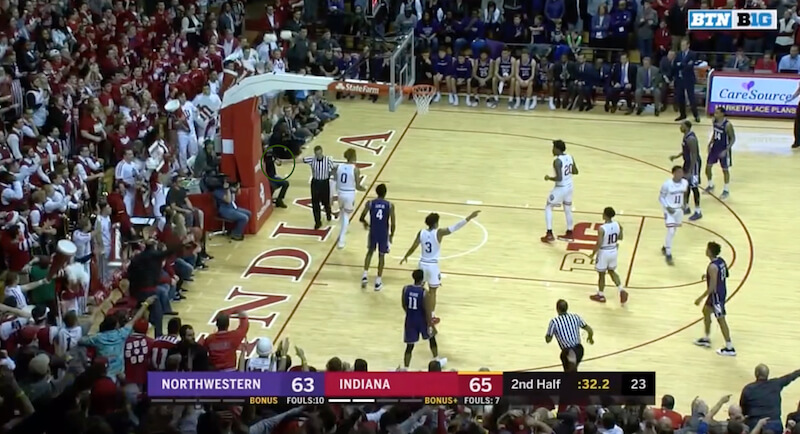 Nice awareness for Langford here to keep pace with Law off his inbounds pass.