In its back-and-forth battle against Northwestern on Saturday afternoon, Indiana made just enough plays in winning time to emerge victorious.

A big reason why? The play of freshman Romeo Langford. The New Albany product made plays on both ends of the court in the final minutes of the contest to help the Hoosiers secure the win.

We’ll take a look at two of his scores and two key plays on defense in the latest edition of Film Session:

Langford cuts up to the left wing and receives the pass from Justin Smith: 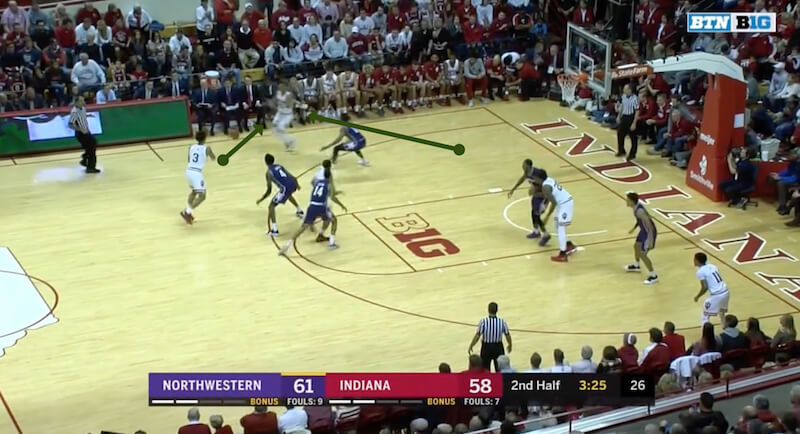 Smith puts a body on Vic Law and Langford drives off the wing towards the paint: 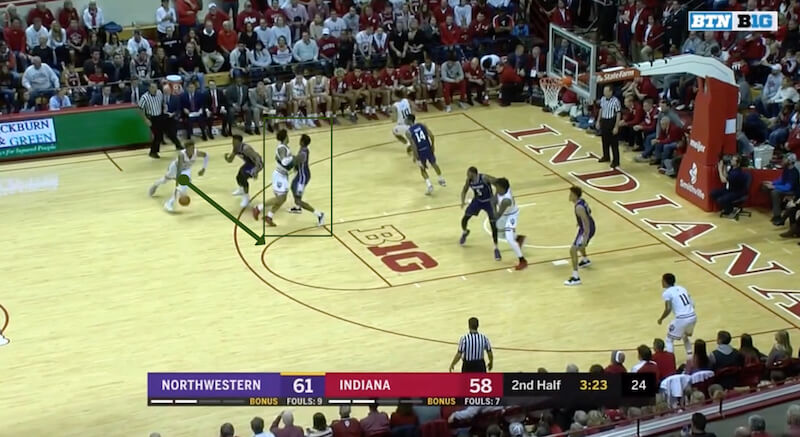 Langford probably gets away with a bit of a shove on Anthony Gaines as De’Ron Davis puts a body on Dererk Pardon: 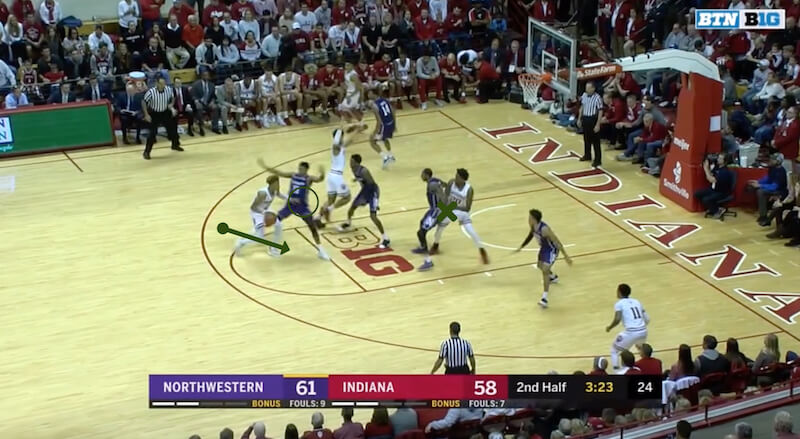 Pardon and Gaines smash into each other as Langford works around them right: 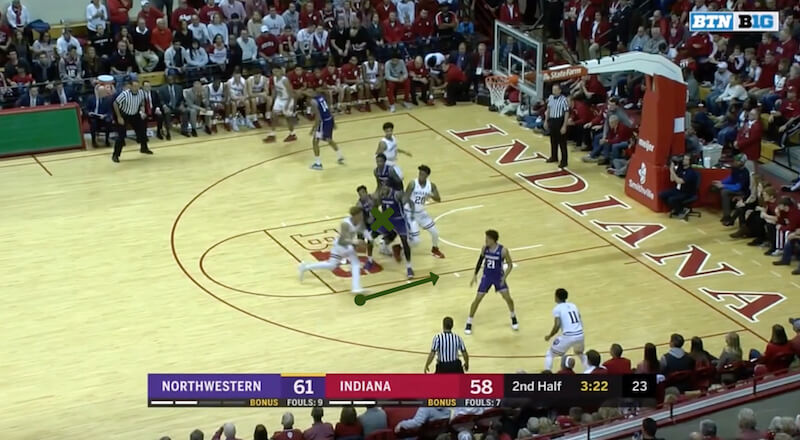 Law comes across the lane to meet Langford at the rim as he goes up: 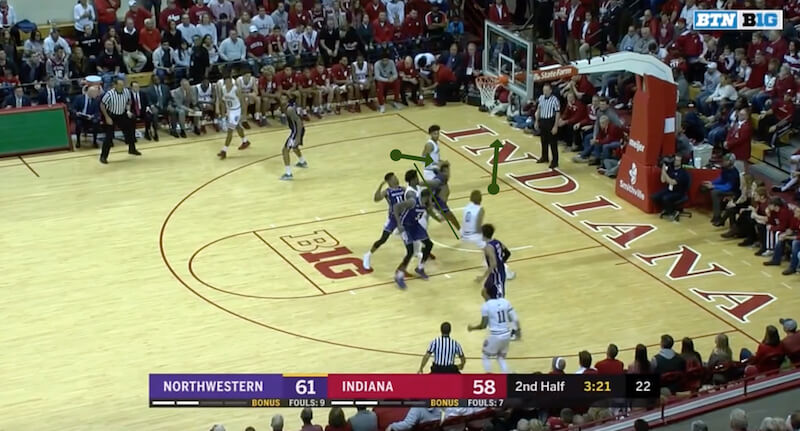 It’s a strong challenge, but Langford avoids the block and puts it in for two points to draw the Hoosiers within a point, 61-60: 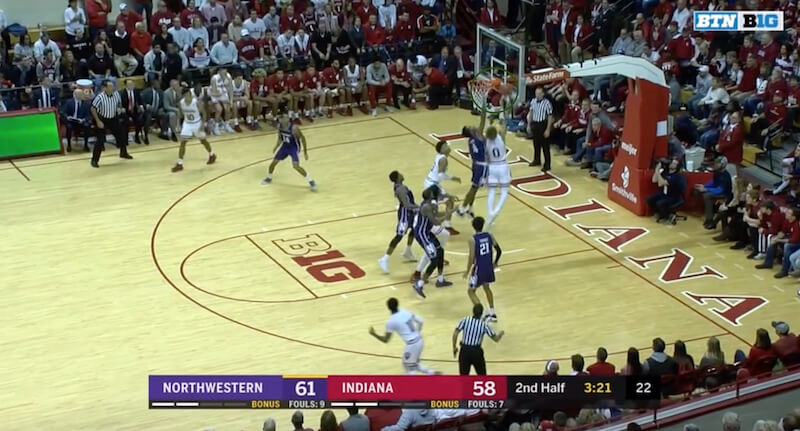 With Juwan Morgan’s leg getting iced on the bench and him done for the game, Indiana needed Langford to step up and make plays. He delivered here.

Continue to page 2 to see a Langford block: