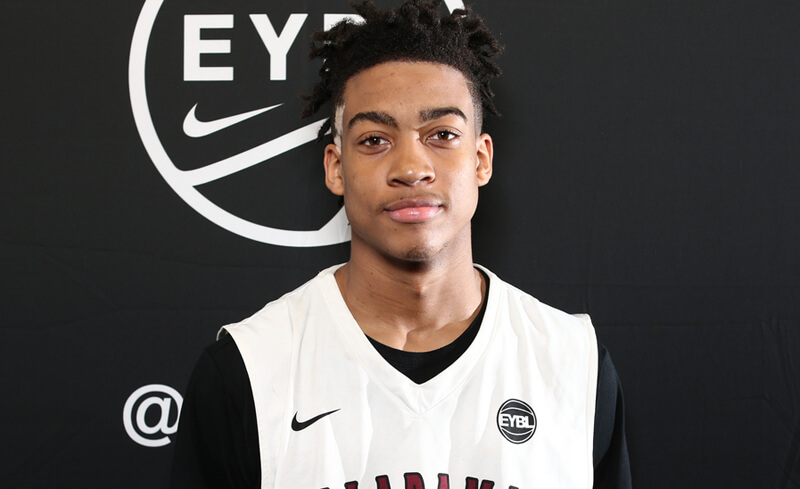 The Indiana coaching staff spent a lot of time over the weekend evaluating prospects on the Nike Elite Youth Basketball League (EYBL) circuit, which features Trayce Jackson-Davis, Keion Brooks Jr. and several others.

Here’s our recap of how some of IU’s recruiting targets in the class of 2019 performed statistically in the first EYBL session of the year in Dallas. The EYBL circuit continues next weekend in Westfield.

· Trayce Jackson-Davis, Indy Heat (2-2): One of Indiana’s top targets in the class of 2019, Jackson-Davis put up very good numbers over his first four EYBL games.

The Center Grove forward averaged 16.8 points, 8.2 rebounds and 1.2 blocks. He shot a very solid 56.2 percent from the field and had 12 offensive rebounds in four games. Indy Heat started just 2-2 and is 0-2 in its division through four games.

· Keion Brooks Jr., Indy Heat (2-2): The Fort Wayne Northside forward was one of the EYBL’s leading scorers in session one. Brooks Jr. averaged a team-high 21 points over four games and shot 45.3 percent from the field. However, Brooks Jr. was excellent from an efficiency standpoint from behind the 3-point line as he hit 12 of his 19 attempts.

He also averaged six rebounds and did an excellent job getting to the foul line. Brooks Jr. shot 37 free throws in four games.

· Trendon Watford, Georgia Stars (2-2): Indiana was in to see Watford twice in recent weeks and the staff kept a close eye on him during the first EYBL session.

A five-star prospect from Mountain Brook (Ala.), Watford averaged 17.5 points over four games in Dallas. He shot 46.9 percent from the field and also averaged 7.8 rebounds per game. Watford also had seven steals and three blocked shots in the first EYBL session.

· Tre Mann, E1T1 United (3-1): Mann recently added a scholarship offer from the Hoosiers and he’s considered one of the best point guards nationally in the class of 2019.

He averaged a team-high 17.2 points in the first EYBL session, but struggled with his perimeter shooting (10-of-32 on 3s). Mann averaged 4.8 rebounds, four assists and had just six turnovers in four games, a solid mark for a player with the ball in his hands often.

· Jahmius Ramsey, Drive Nation (3-1): Ramsey is another prospect who added an IU scholarship in recent weeks and his 13.3 points per game were third for Drive Nation in the first EYBL session. (Note: Stats were only available for three of Drive Nation’s four games.)

· Brandon Newman, Meanstreets (1-3): The Valparaiso guard was second on Meanstreets in scoring at 16.2 points per game in the first EYBL session. He shot 46.8 percent from the field and a very solid 13-of-29 from behind the 3-point line (44.8 percent).

· Armaan Franklin, Meanstreets (1-3): Despite averaging 9.8 points per game, Franklin struggled with his shooting in the first EYBL session. He shot just 39.3 percent from the field and 27.3 percent on 3s.

He did knock down 12 of his 15 free throw attempts and also averaged 3.2 rebounds and 1.8 assists per game for Meanstreets, which is just 1-3 through the first EYBL session.

· Isaiah Stewart, The City Rocks (2-2): One of the nation’s elite frontcourt players, Stewart averaged 13.2 points and 9.5 rebounds per game in the first EYBL session.

Indiana has remained in contact with Stewart as the Hoosiers hosted him for an unofficial visit this past season and also conducted an in-home visit recently.

· Kira Lewis, Georgia Stars (2-2): The 6-foot-3 guard averaged a team-high 21 points in the first EYBL session and was relatively efficient in doing so.

Lewis, a 6-foot-3 guard from Alabama, hit a solid 10-of-23 on 3s in the first EYBL session and is a name to track as the spring continues.