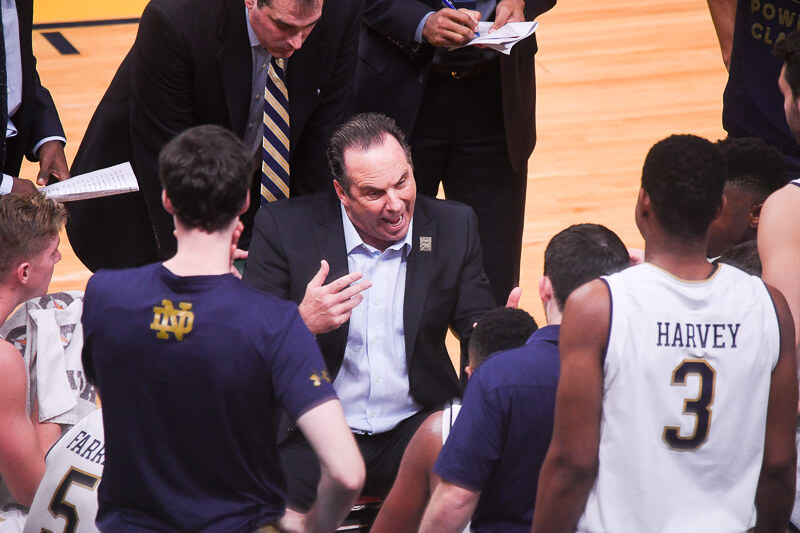 Five more automatic bids were handed out on Tuesday night as Wright State, LIU Brooklyn, Charleston, South Dakota State and Gonzaga all punched their tickets. The Zags’ victory over BYU allowed bubble teams to exhale a bit as one potential bid thief was eliminated.

The ACC Tournament also got underway, although wins by Notre Dame and Syracuse didn’t move the needle on their respective at-large hopes. The Irish have been talked about quite a bit over the last few days in light of Bonzie Colson’s return. Since I don’t currently have them in my first five out, I think it’s worth talking about why.

If we are only able to truly evaluate Notre Dame in games where Colson played as some have suggested, they have one win against teams in the Top 85 of the RPI, which came by a single point in Maui against Wichita State. The Irish also lost at home to Ball State and on a neutral floor to Indiana while at full strength, both of which fall in quadrant 3. So in 16 games against Division One teams when Colson was healthy, Notre Dame has gone 12-4 with one quality win and two bad losses.

Also, it feels as though we are being asked to discount any losses in games where Colson didn’t play. There are two issues with that. First, you cannot automatically assume they would have won any or all of those games. Second, if those games aren’t an accurate reflection of who Notre Dame is as a team, then how can we give them credit for home wins against Florida State and NC State or the road win at Syracuse? You simply can’t cherry pick which games count and which ones don’t.

All that being said, the basketball fan in me would love to see Notre Dame in the tournament, but from a bracketology standpoint, I struggle to make the case for why they should be in. If they beat Virginia Tech and Duke in the next two games, that becomes a different story.

Here’s your reminder of how the NCAA selection committee is now classifying games:

The projections below are based on all games played through March 6, 2018. Following the bracket, I included a few thoughts on the last four in and first five out.

Marquette – It was a close call for the final at-large spot, but I gave the nod to Marquette, thanks in large part to a 5-5 mark in true road games and a winning record in total road and neutral games. The Golden Eagles also have four quadrant 1 wins, although none of those have come against a team in the RPI Top 25. Four more victories in quadrant 2 help their case, but a loss at DePaul is a clear blemish on their profile. Marquette certainly can’t afford to lose the rubber match with the Blue Demons in the Big East tournament.

Syracuse – The Orange were the team in this group that I considered most strongly, and I wouldn’t argue with those who have them in their projected fields. Saturday’s home win over Clemson was a huge one for their at-large case, while road wins at Miami and Louisville also fall in quadrant 1. Bad losses at Georgia Tech and Wake Forest are the biggest issues, but it’s worth noting that 14 of Syracuse’s 20 wins fall in quadrants 3 and 4. Tuesday’s opening round win over Wake Forest gives the Orange a shot at North Carolina in the second round of the ACC tournament. A win there likely pushes them into the field.

Oklahoma State – I’m not sure how possible it is for the Big 12 to get nine teams in the Big Dance, but the Cowboys have a sneaky good profile with five quadrant 1 wins (including a sweep of Kansas) and no losses to teams outside of the Top 65 of the RPI. The main issues are a RPI of nearly 90 and a non-conference strength of schedule hovering in the 280s. Still, with a win over Oklahoma and a good showing in the Big 12 tournament, Oklahoma State can certainly make things interesting as we head toward Selection Sunday.

Louisville – Last week was absolutely brutal for the Cardinals, as a blown late lead, which cost them a chance to pick up a marquee win over Virginia, was followed up by a loss at NC State. They don’t have a bad loss, but they also have zero wins against the RPI Top 40 and just three total victories against at-large caliber teams. Louisville opens ACC tournament play on Wednesday with a game against Florida State. A win there would give the Cardinals another shot at Virginia in the quarterfinals.

Washington – The Huskies split home games against the Oregon schools last weekend and now sit just inside the Top 100 in KenPom. Wins at Kansas and USC as well as home victories against Arizona and Arizona State form a great quartet, but outside of that, there just isn’t much there. In fact, 15 of their 20 wins fall in quadrants 3 and 4. If they can string together a few victories in the Pac-12 Tournament, their case becomes a bit more compelling.