What to expect: Seton Hall 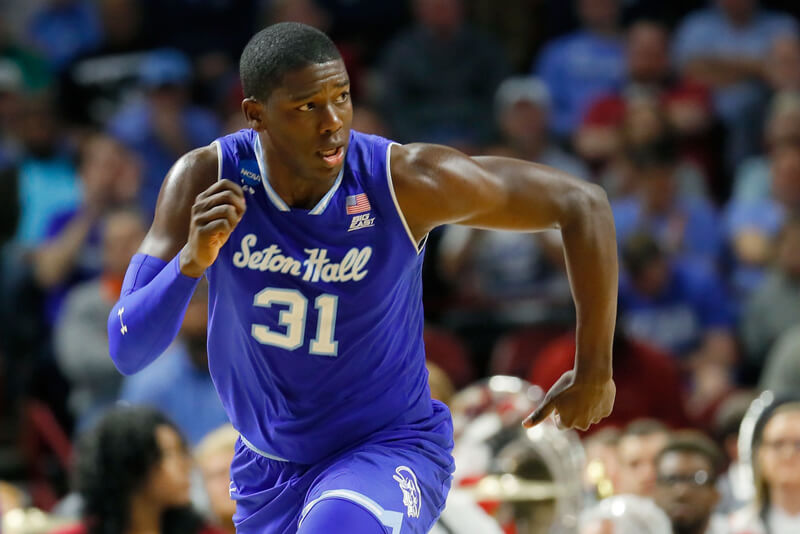 Indiana goes on the road for the first time this season on Wednesday evening as the Hoosiers face No. 22 Seton Hall at the Prudential Center in Newark. The matchup is a part of the Gavitt Tipoff Games, which features the Big East versus the Big Ten.

The game will be broadcast at 6:30 p.m. ET on FS1 with Gus Johnson and Bill Raftery on the call:

Indiana’s 2017-18 season got off to a difficult start with Friday’s 90-69 blowout loss at home to Indiana State. After surviving on Sunday night against Howard, the competition level picks up significantly on Wednesday night in a tough road environment.

Seton Hall, which has been to the NCAA tournament the past two seasons and starts three seniors, is a contender in the Big East. The Pirates, led by Rick Pitino protege Kevin Willard, play an aggressive, hard nosed style of basketball. Willard’s father, Ralph, was also a longtime Division I head coach at Western Kentucky, Pittsburgh and Holy Cross.

The Hoosiers, however, are battling injuries and are very much in transition to a new style and culture being implemented by Archie Miller. In his press conference on Tuesday afternoon in Bloomington, Miller commented that Wednesday’s game will be “for the men, not the boys.”

Indiana enters this game as a decided underdog as the Vegas line opened with Seton Hall as a 16.5-point favorite. This contest is one of four “marquee” non-conference games on this year’s schedule, but as Friday showed, there don’t appear to be any games the Hoosiers can take for granted at this point. The Pirates are one of four ranked teams Indiana will face over the next month. Ready or not, we’ll soon know if the Hoosiers are up to the challenge.

Seton Hall is led by senior forward Angel Delgado, an All-American candidate who is a physical specimen inside. The 6-foot-10 Delgado is averaging a double-double through two games (13.5 ppg, 10.5 rpg). Last season, Delgado finished sixth nationally in offensive rebounding percentage and 14th in defensive rebounding percentage. With limited depth behind De’Ron Davis, it’s essential that the sophomore big man stay out of foul trouble.

Junior forward Michael Nzei joins Delgado as a starter in the frontcourt and is averaging seven points and six rebounds through two games. Reserves up front include freshman Sandro Mamukelashvili and senior Ismael Sanogo. Mamukelashvili is 6-foot-10, but is just 2-of-8 from the field thus far.

Joining Carrington in the backcourt is sophomore Myles Powell, who is averaging a team-high 14 points through two games. Powell made 68 3s as a freshman and is a career 52.4 percent shooter on 2s. Another senior, Desi Rodriguez, starts on the wing and is a threat to hit the 3 and also get to the foul line. The 6-foot-6 Rodriguez is a career 35.4 3-point shooter and will be a difficult matchup if Indiana sticks with a 3-guard lineup.

Freshmen Jordan Walker and Myles Cale, along with sophomore Eron Gordon, all provide depth off the bench. Cale has been the most productive of the three through two games. Cale is averaging 8.5 points, 3.5 rebounds, two assists and 1.5 steals in 18.5 minutes per game. Gordon is the younger brother of former IU guards Eric and Evan Gordon.

Seton Hall was a top 10 defense nationally two seasons ago and was top 35 last season, according Ken Pomeroy’s adjusted defensive efficiency rankings. The Pirates have experience, size and like to play physical.

Indiana, meanwhile, is transitioning to playing the pack line defense and have given up 30 made 3-pointers through two games. The Pirates aren’t known for their perimeter shooting, but have guys capable of knocking them down if left open or assignments are missed.

Where Seton Hall presents a significant challenge for Indiana is on the glass. The Pirates crash the glass relentlessly in search of second-chance points. Last season, Seton Hall finished 19th nationally in offensive rebounding percentage, according to Pomeroy.

The Vegas line, as mentioned, opened with Indiana as a 16.5-point underdog. The computers are equally bearish with Pomeroy at Seton Hall by 12 and Sagarin with the Pirates by 11 when adjusted for home court.

The Pirates own a pair of wins over Farleigh-Dickinson and Monmouth thus far and were very good at the Prudential Center last season with their only losses coming to Villanova and Butler.

For Indiana to have a chance to win, it’s going to need improved guard play from Devonte Green, Curtis Jones, Robert Johnson and Josh Newkirk. The Delgado-Davis matchup is also pivotal as Indiana simply can’t afford to let Seton Hall’s All-American candidate dominate at the rim and on the glass.

The first high major test of the Archie Miller era is here. Are the Hoosiers ready to answer the challenge?