In Indiana’s win over Kansas on Friday night in Honolulu, Thomas Bryant led the way offensively in the first half with 16 points. Bryant’s offensive game last year was mostly a steady diet of highly efficient shots in the paint.

But in a Tom Crean program increasingly chanting a positionless mantra, one where all players regardless of size are expected to be able to dribble, pass or shoot, Bryant’s offensive game has evolved.

We’ll take a look at how with four plays from the first half in the latest edition of Film Session: 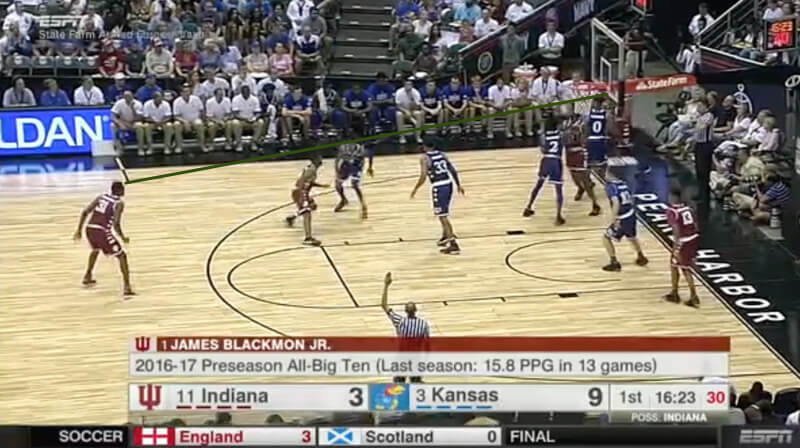 Bryant passes to Robert Johnson and the Hoosiers line up at the free throw line and break out:

Juwan Morgan cuts to the right wing and gets the pass from Johnson. OG Anunoby has a size advantage over Lagerald Vick and he begins to work for position on him in the post: 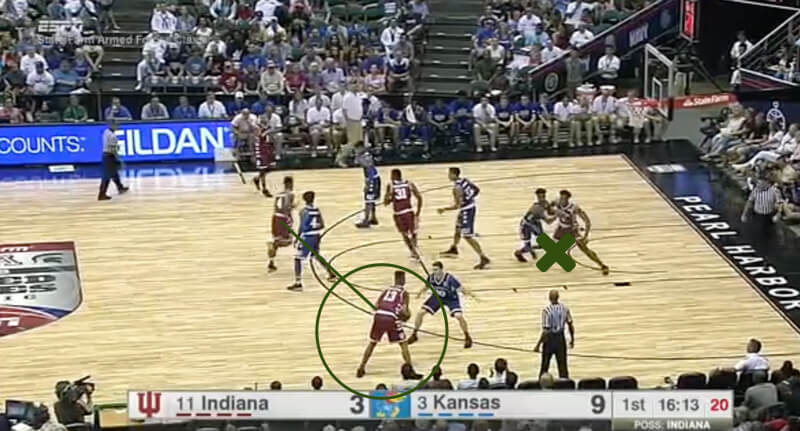 Morgan doesn’t enter the pass and instead swings the ball to the top of the key, where Bryant is now also focused on entering the ball to Anunoby: 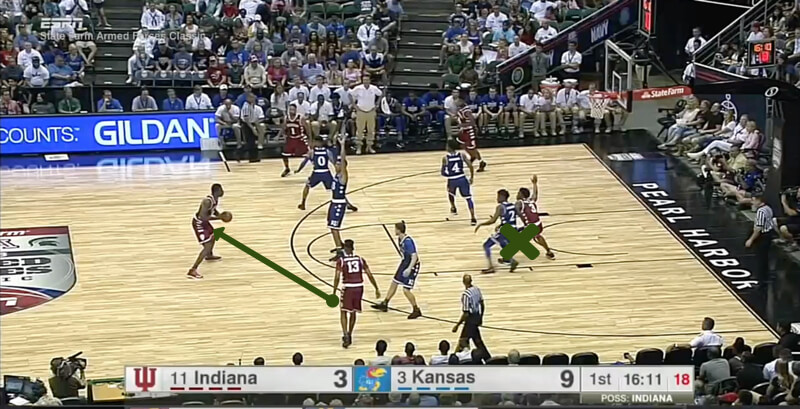 With the Hoosiers spread around the perimeter, the ball now moves to the left side of the court with Anunoby again working for position: 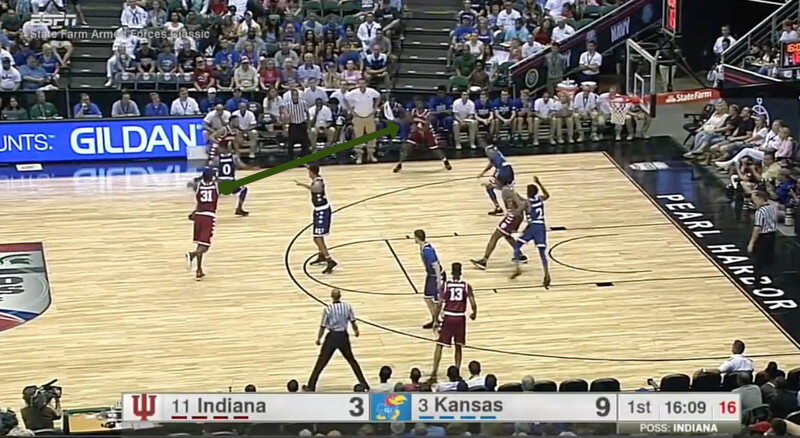 Anunoby is open and Johnson looks to be able to enter the ball: 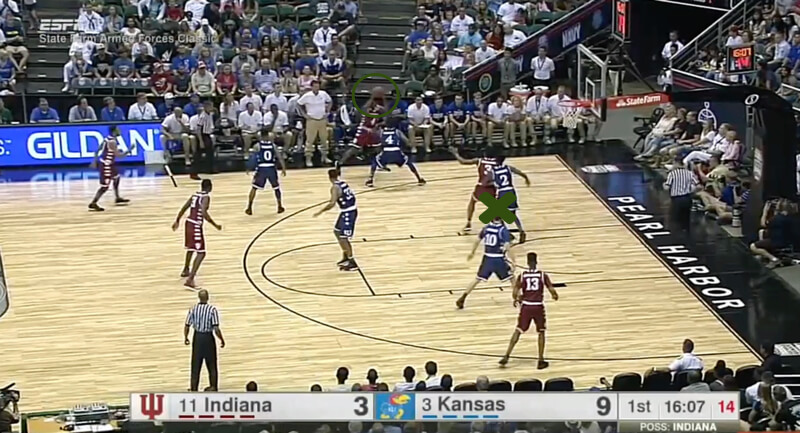 But he opts to drive it and he passes to Juwan Morgan in the right corner. Bryant and Blackmon Jr. have remained spaced on the perimeter: 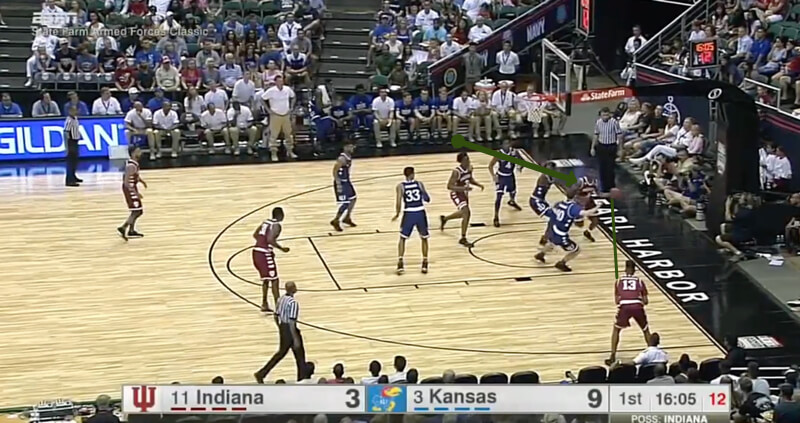 Landen Lucas moved off of Bryant on Johnson’s drive and he remains in the paint to ward off a Morgan drive. Bryant is a few feet beyond the line, ready to catch and shoot a 3-pointer: 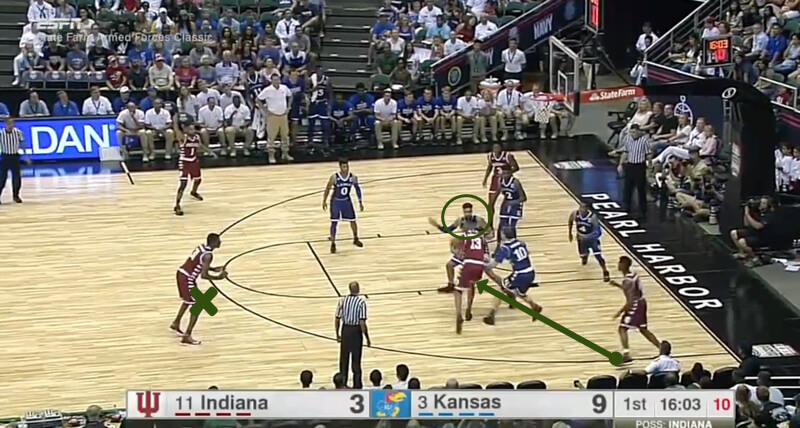 Morgan makes the pass and he rises, fires and hits: 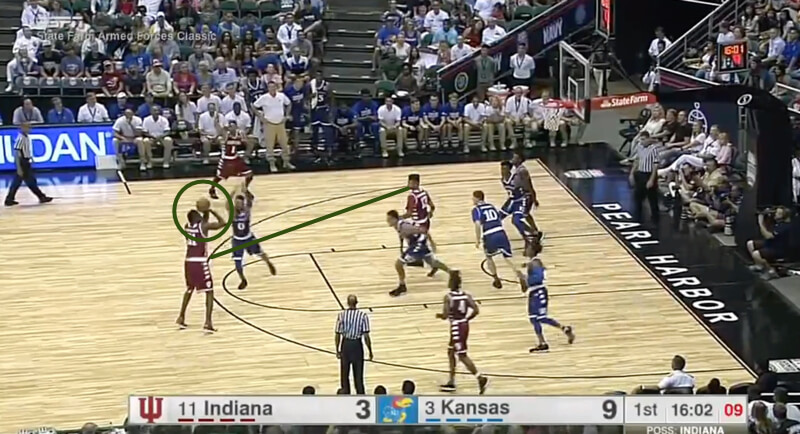 As a player looking to feed the post and then remaining spaced and ready as a 3-point shooter on the perimeter, Bryant looked very much the part of a traditional guard here in this offensive set.