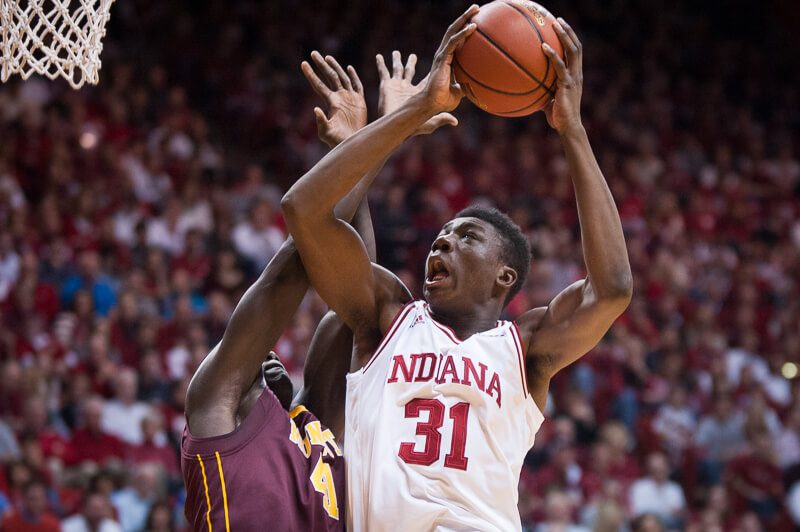 Last weekend, we shared that Indiana is ranked No. 12 in the preseason by Athlon Sports.

Now that the magazine is officially on newsstands, here are some additional notes on Indiana and the Big Ten at-large from the annual publication. (You can purchase the regional cover featuring Thomas Bryant here.)

· Bryant is a preseason third team All-American. The only other Big Ten player on the three preseason All-America teams is Maryland’s Melo Trimble (second team).

· In terms of national “superlatives,” Athlon lists Bryant as No. 3 on its list of best “post men.” Ahead of Bryant are Cal’s Ivan Rabb and Duke’s Harry Giles.

· Josh Newkirk and Maryland’s L.G. Gill are both listed among the nation’s impact transfers, which is a list of 14 players.

· Bryant is on the Athlon All-Big Ten first team while junior James Blackmon Jr. is on the third team. Other first team members include Hayes, Koenig, Trimble and Malcolm Hill of Illinois.

· Hayes is Athlon’s pick for Big Ten player of the year, Happ is the pick for best defensive player, Ohio State’s Jae’Sean Tate is the pick for “most underrated” and Bridges is regarded as the league’s best newcomer.