With IU again in zone, Taylor flashes to an open area in the middle of it and Garner makes the pass. Robert Johnson is watching the action and it leaves Payton Banks unaccounted for: 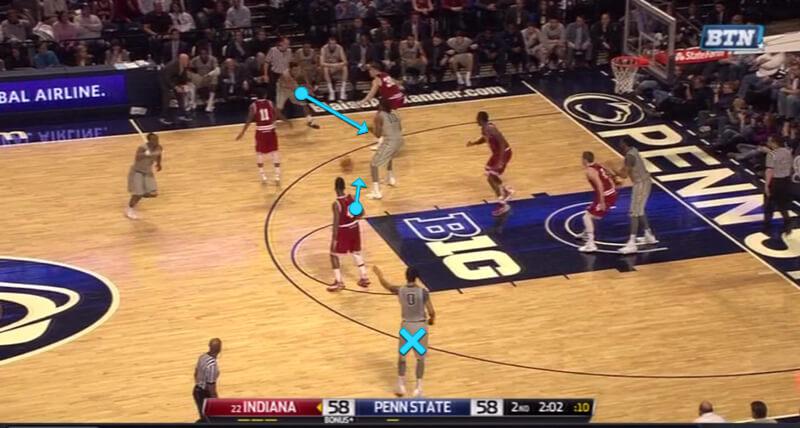 Johnson slides even closer to Taylor as he turns towards the hoop. With Nick Zeisloft down guarding the basket area, Banks remains wide open: 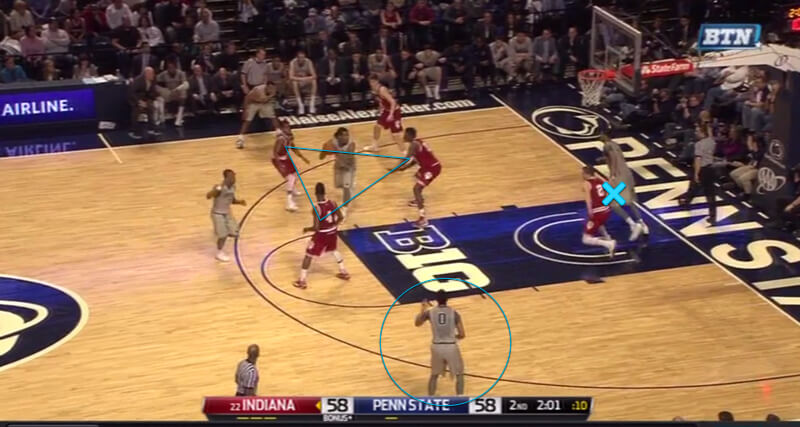 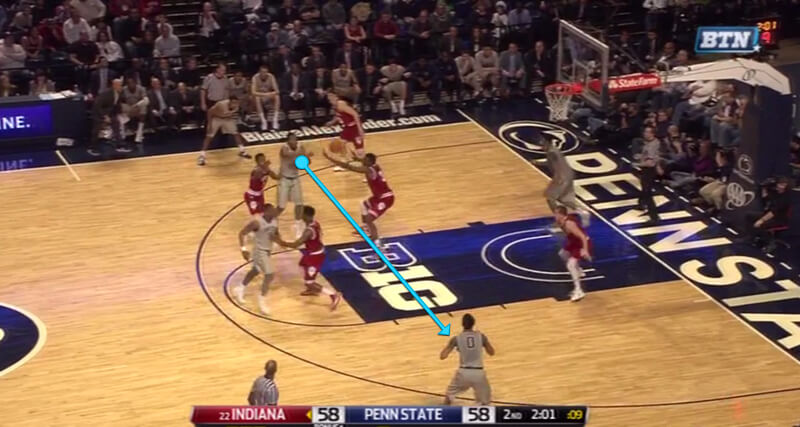 Banks rises up for the shot: 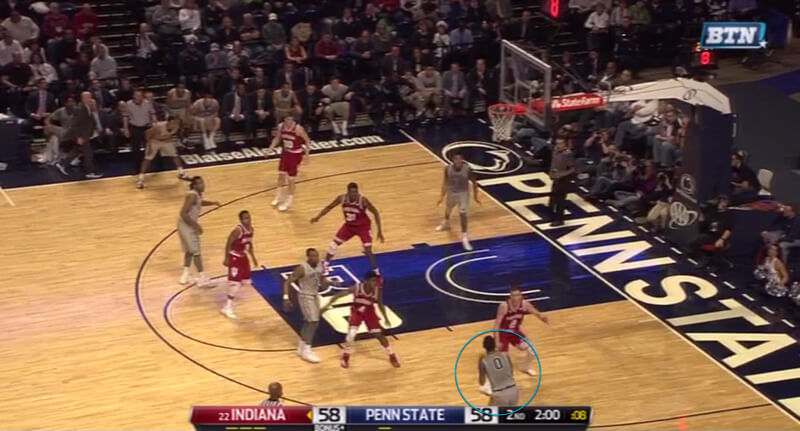 And connects to put the Nittany Lions up three points with just less than two minutes remaining: 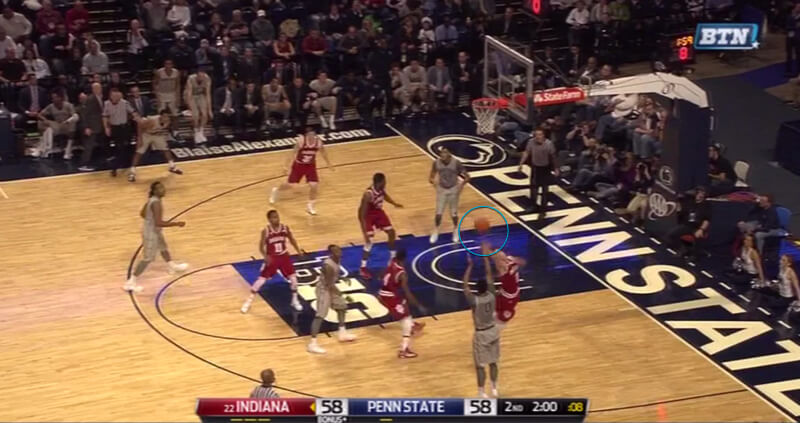 When Taylor wasn’t scoring down the stretch, he was wisely getting into the middle of Indiana’s zone and finding a teammate for a score.