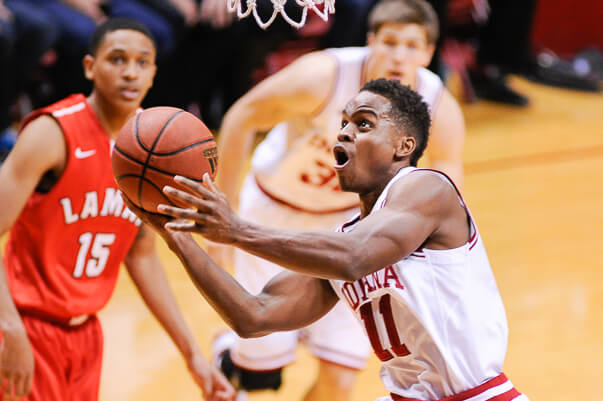 Last week, we wrote that Athlon Sports ranked Indiana No. 17 in its preseason top 25 and picked the Hoosiers to finish fourth in the Big Ten in its 2015-2016 preview magazine.

Now that the magazine is on newsstands, here are some additional notes on Indiana and the Big Ten at-large from the annual publication.

· Athlon picks Indiana as a 5 seed in its NCAA tournament bracket and has the Hoosiers losing in the round of 32.

· Thomas Bryant is among the 15 “impact freshmen” in the country. Maryland’s Diamond Stone and Purdue’s Caleb Swanigan also made the list.

· Ferrell is listed as the No. 5 floor leader in the country in the magazine’s “superlatives” section.

· John Groce of Illinois is the only Big Ten coach on the list of 10 coaches on the hot seat.

· Athlon’s preseason All-Big Ten team is Ferrell, Purdue’s A.J. Hammons, Hayes, LeVert and Trimble. Trimble is the pick for conference player of the year, Michigan State’s Denzel Valentine is listed as the league’s best defensive player and Stone is tabbed as the newcomer of the year.