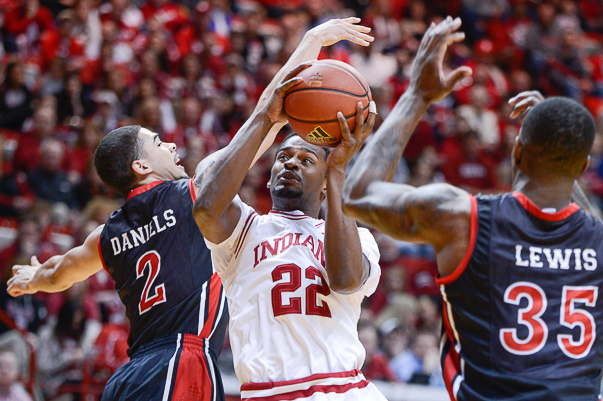 Robinson averaged 3 points and 1.9 rebounds for the Hoosiers last season and chose the Rams over VCU. As a freshman, he averaged 6.4 points per game and had a career-high 17 points in IU’s win over Iowa at Assembly Hall and 13 in IU’s win over No. 3 Wisconsin.

However, after his playing time diminished this past season, Robinson cited playing time and location as the factors for his departure from Bloomington.

“I hope to find something that is closer to family and where I can have more of an impact on the court,” he said in late March in a release. “I’ve loved everything about being at IU and am thankful for the support of Hoosier Nation.”

He appeared in 31 games as a sophomore at Indiana, but shot just 33 percent in 11.4 minutes per game. Robinson missed IU’s two exhibition games and its first two regular season games last season due to a suspension and was also arrested by state excise police in April of 2014.

The 6-foot-4 guard will have to sit out next season due to NCAA transfer rules but will have two seasons of eligibility remaining beginning with the 2016-2017 season.