Stanford Robinson to transfer from Indiana 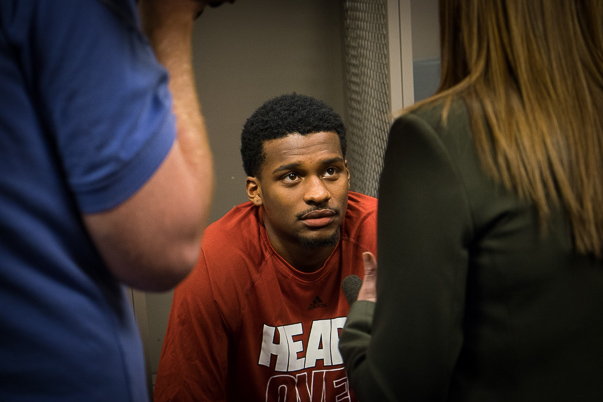 Sophomore guard Stanford Robinson is leaving the Indiana program, Inside the Hall has learned. The news was first reported by Jon Rothstein of CBS Sports.

According to a release by Indiana, Robinson has requested a release from his scholarship in order to transfer to a school closer to home where he can earn more playing time.

“I respect Stan’s desire to contribute more on the court and understand that the opportunity to play closer to your family is something he would like to have happen,” Tom Crean said in the release.  “I think he has grown a great deal and matured in the two years he has been a part of the program and I hope he takes his experiences at Indiana University to remind him of what he can accomplish not only as a basketball player, but as a human being.”

Robinson averaged 3.0 points and 1.9 rebounds for the Hoosiers last season. IU’s release states that he’ll continue to use the team’s facilities and have access to academic support through the end of the semester.

“I am grateful to Coach Crean, the assistant coaches and staff and my teammates for helping me become a better man,” Robinson said in the release.  “I hope to find something that is closer to family and where I can have more of an impact on the court. I’ve loved everything about being at IU and am thankful for the support of Hoosier Nation.”

A native of Landover, Maryland, Robinson was suspended for IU’s exhibition games last season as well as the first two regular season games for a violation of team rules.

Thank you for all the Love and Support Indiana has been nothing but great to me! #HoosierNation