Indiana’s playing man-to-man here as Ellis curls around to the right wing. Valentine has the ball up top: 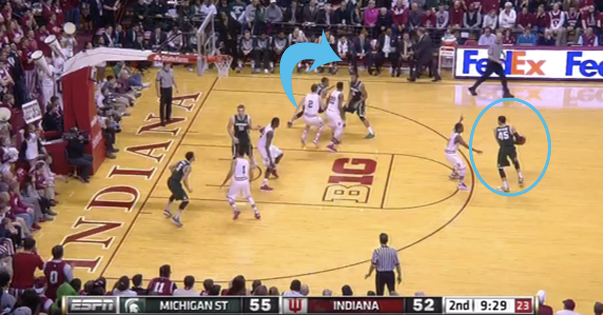 Ferrell is looking at Ellis after he receives the ball and Valentine begins to sneak down to the left corner: 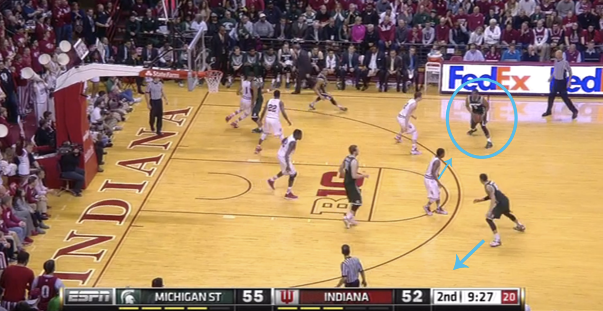 By the time Ferrell notices this, Matt Costello is there to throw a screen at him as the pass comes: 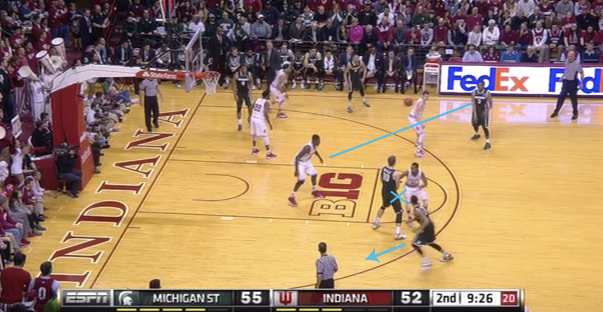 Valentine, despite Ferrell doing an alright job closing out, knocks down the triple: 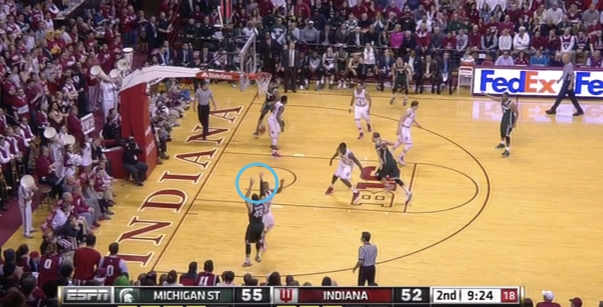 Indiana didn’t play much man in the second half as Michigan State mounted its double-digit lead, but here’s the result of a play it did. Ferrell lacked the awareness of where his man was and he made him pay.