In the second half, Iowa sets up in man to man and Tom Crean calls out the action with the ball up top with Ferrell: 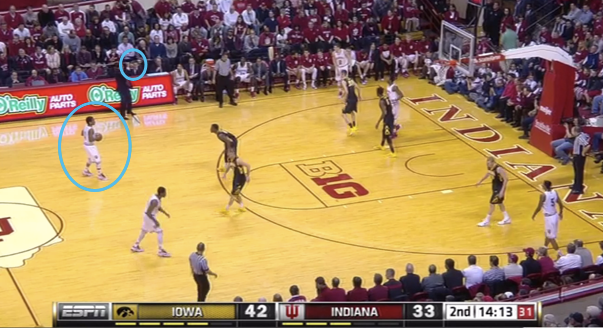 Both Williams and Holt flash up to the top of the key as Ferrell heads left: 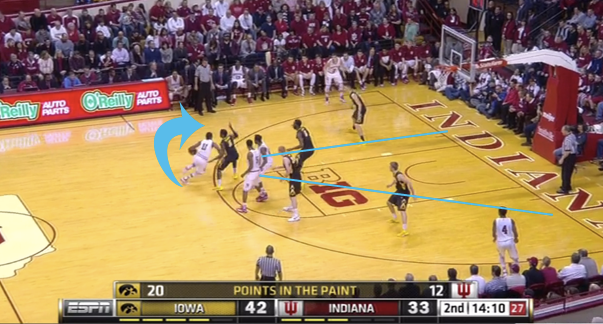 He doesn’t find daylight and passes it back up top to Williams: 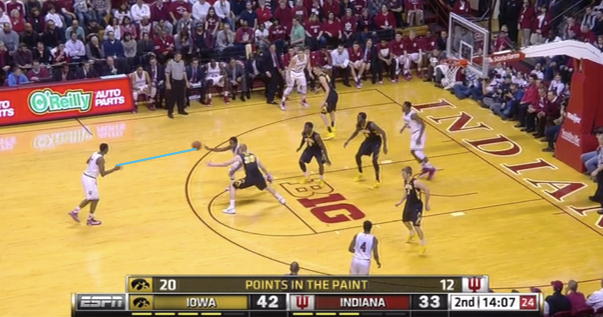 Williams comes from left to right and looks to make a move to the rim: 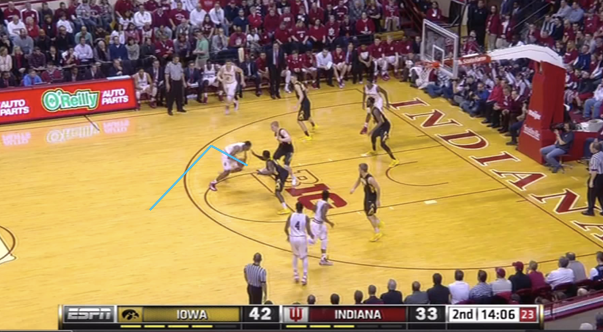 He comes through and gets a decent look off: 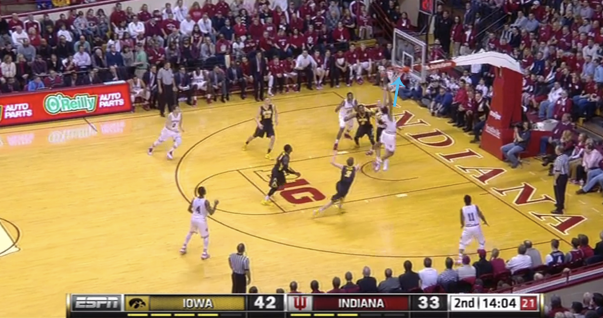 But as he falls to the floor, his shot hits only the backboard and has no chance of going in: 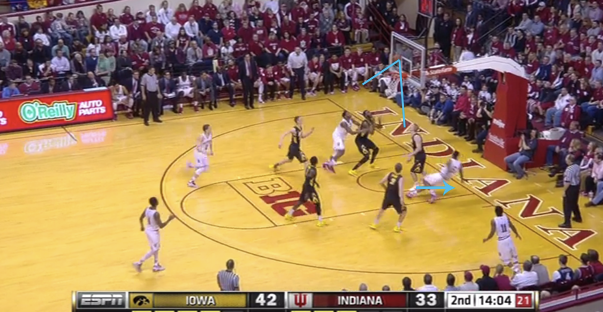 Williams was a touch out of control here and perhaps a bit too one-on-one during this possession. He had a number of looks near the rim that were similar to this, as he couldn’t convert as he fell to the floor.