After a scoreless, foul-ridden first half, Yogi Ferrell put the Hoosiers on his back to the tune of 20 points after the break in Indiana’s win Saturday over No. 23 Butler.

We’ll take a look at 10 of those 20 points in the latest edition of Film Session:

With the Hoosiers trailing by six, Robert Johnson draws a double team near the top of the key: 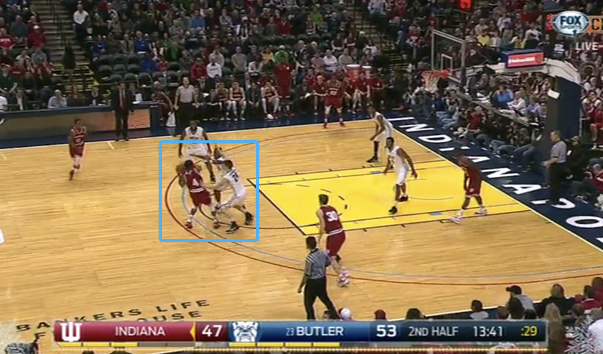 This leaves Collin Hartman open on the right wing. Hartman catches as Kellen Dunham heads over to recover: 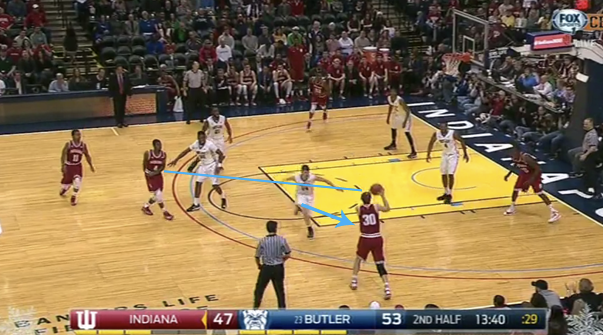 Hartman darts into the lane and attracts more defenders. Roosevelt Jones, who is guarding Ferrell, is one of them. Ferrell takes the opportunity to start sneaking down into the left corner: 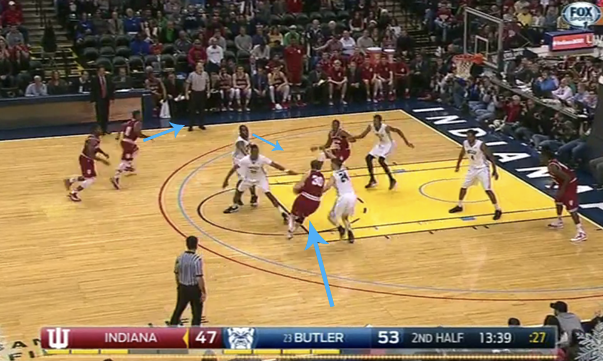 Hartman leads him with a pass as Jones sees he’s lost Ferrell:

Ferrell rises and scores his first basket of the game: 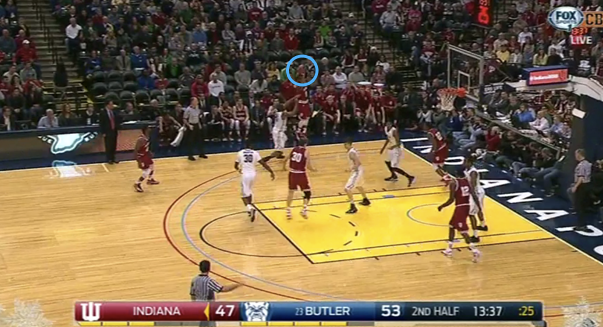 This was smart movement by Ferrell to fill space and get himself going, as well as nice recognition from Hartman to make the pass.