As noted in Saturday night’s The Minute After, Stanford Robinson stopped trying to do too much against the Tigers and ended the contest with five assists in 13 minutes of action.

We’ll take a look at him forcing things early followed by three assists in the latest edition of Film Session:

Shortly after checking into the game, Robinson is being tightly guarded at the beginning of an Indiana possession: 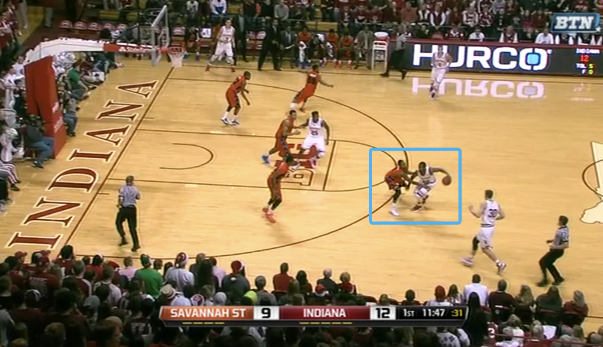 He’s able to work his way past the defender and has daylight ahead of him: 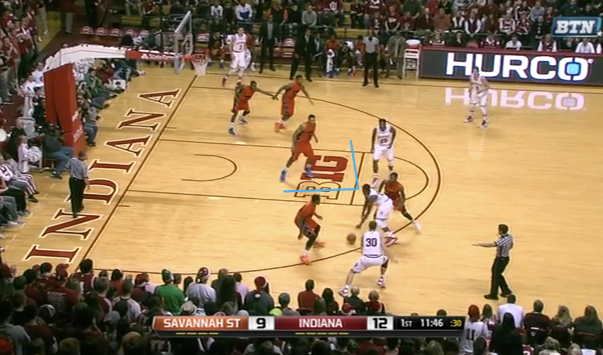 When Emmitt Holt’s man comes over to ward off Robinson’s drive to the bucket, Holt is open and moving toward the basket into the paint: 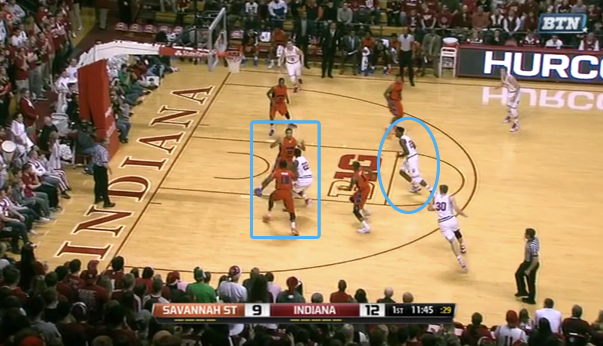 But instead of making the pass, Robinson barrels into the defender, drawing a charge call. Turnover: 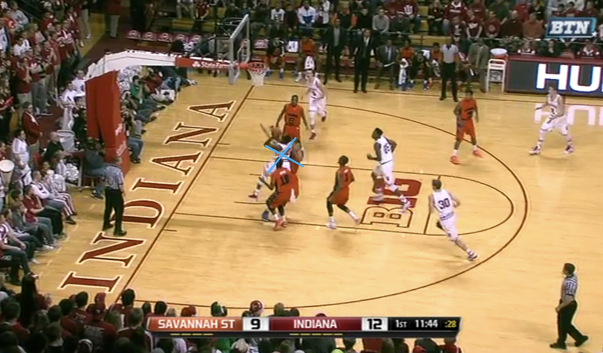