In Indiana’s 81-69 victory over Pittsburgh in the Big Ten/ACC Challenge, freshman Emmitt Holt had a breakout performance to the tune of 15 points on 6-of-6 shooting from the field.

We’ll take a look at the range of ways he scored in the latest edition of Film Session:

I. Pick and Roll

Not long after entering the contest, Holt looks to set a wing ball screen for Stanford Robinson: 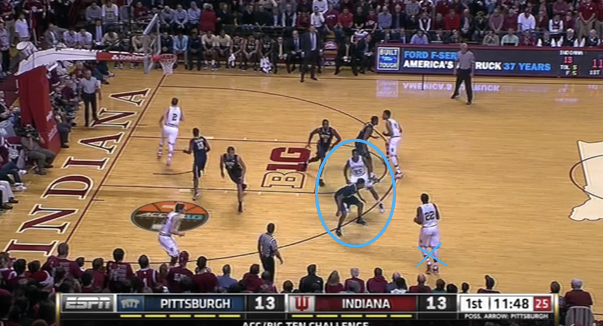 Holt’s man looks to ward off Robinson’s drive to the middle: 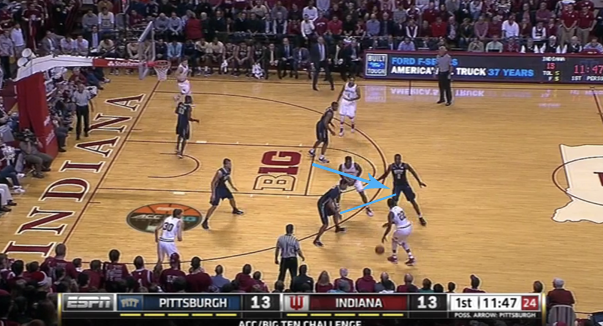 This gives Holt room to slip the screen and call for the ball: 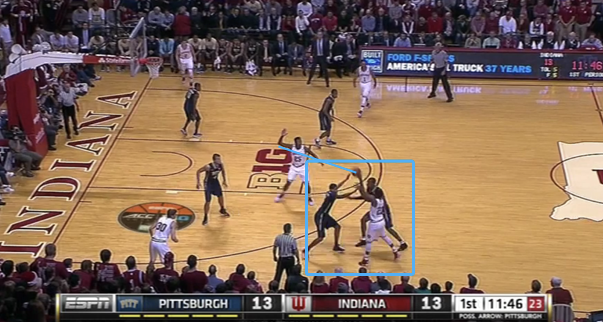 The help defense is late on the pass: 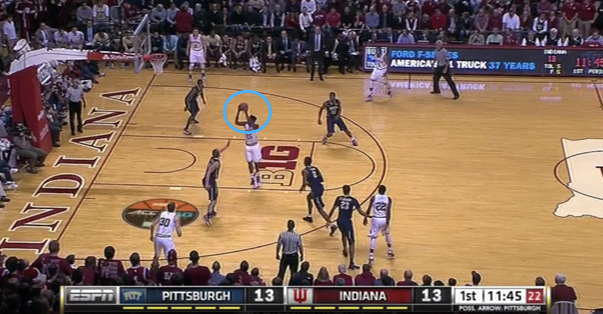 Which allows Holt to score with his right hand with relative ease: 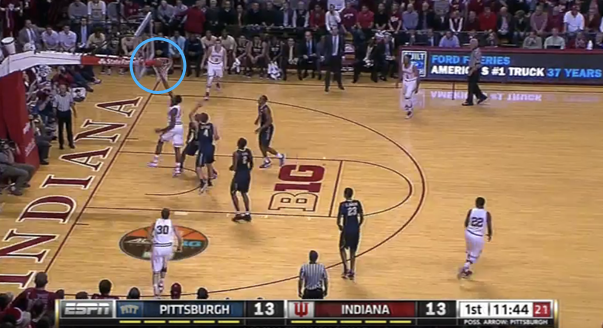