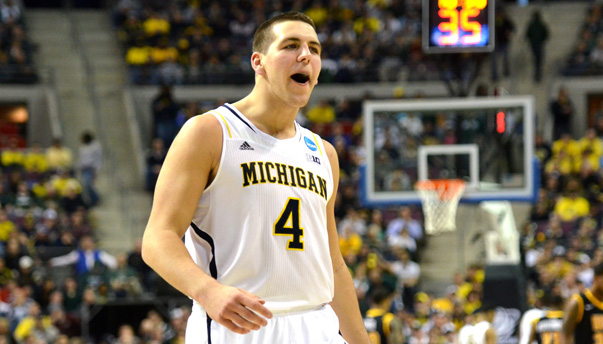 With the spring signing period winding down and NBA Draft early entry deadline in the rearview mirror, it’s time for an updated look at who’s coming and going in the Big Ten for the 2014-2015 season.

(Editor’s note: If you missed it, here’s our early look at who’s coming and going in the Big Ten.)

Notes: The Illini took a hit this week when John Groce announced a season-long suspension for Darius Paul, a transfer from Western Michigan who was expected to help in the frountcourt this winter.

Notes: Aside from Peter Jok’s arrest for operating while intoxicated on a moped last month, things have remained relatively quiet in Iowa City.

Notes: After another offseason of rumored interest from the NBA, Tom Izzo announced in late April that he will remain in East Lansing.

Notes: The Wolverines lost a third player to early entry to the NBA in late April as McGary announced his decision to depart Ann Arbor after failing a NCAA drug test. The Wolverines also added a pair of spring signees in Dawkins, the son of Stanford coach Johnny Dawkins, and Abdur-Rahkman. Caris LeVert, Michigan’s leading returning scorer, recently underwent surgery for a stress fracture in his foot.

Notes: The Gophers added a fifth recruit this spring in Konate, a 6-foot-11 center who played at Sunrise Christian in Kansas. Lofton, a transfer from Illinois State, will sit out next season and become eligible for the 2015-2016 campaign.

Notes: Nebraska added frontcourt depth with the signing of Ayegba, a graduate transfer from Georgetown who will be eligible immediately.

Notes: Things have been quiet in Columbus over the past month with the Buckeyes, who may have the best incoming class in the conference.

Notes: The most important news of the spring for the Boilermakers came in late April when A.J. Hammons announced that he would return for his junior season.

Notes: The Scarlet Knights added a spring signee in Diallo, a 6-10 center originally from the Senegal.

Notes: The Badgers got a boost of depth with the addition of Schlundt, a former AAU teammate of Bronson Koenig and Luke Fischer, who chose to walk-on in Madison over offers from St. Joseph’s, UW-Green Bay, UW-Milwaukee, Drake, Wofford and Northern Kentucky.