Here’s Petteway getting a ball screen on the left wing again from David Rivers. Davis is way off Rivers and Sheehey is beginning to lean in away from Parker: 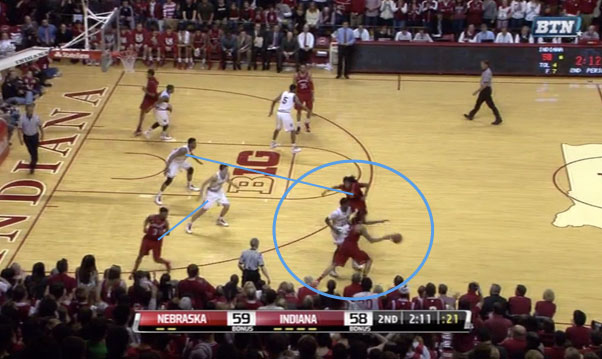 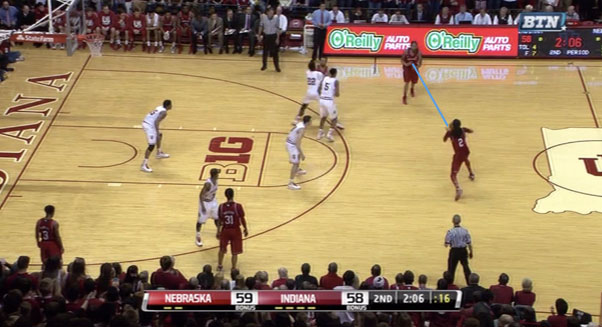 Robinson has stayed with Petteway. But as Walter Pitchford sets another ball screen for Petteway … : 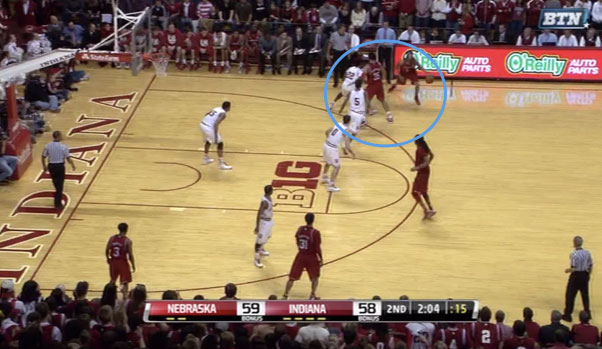 Robinson and Troy Williams switch. Robinson now has Pitchford with Williams on Petteway: 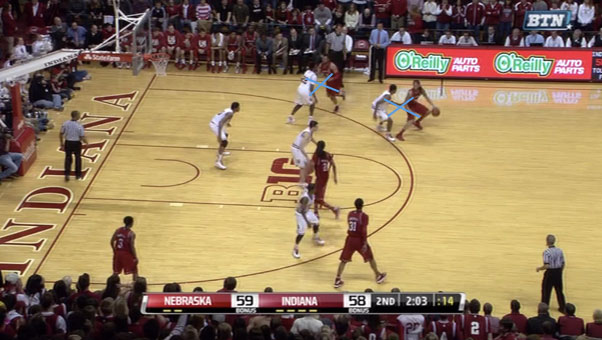 Pitchford again comes in for a ball screen, but quickly slips as both Williams and Robinson converge: 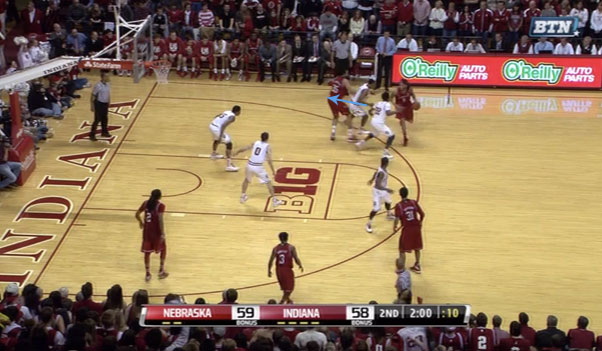 The Hoosiers were set up to switch everything. But Williams tries sticking with Petteway for a second, and then oddly spins out of the action and never really fully commit outs to Pitchford. Davis thinks about it, but he too doesn’t go out to get a hand up: 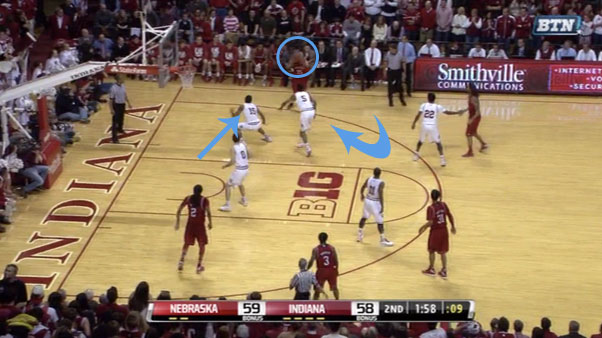 So Pritchford hits the uncontested 3-pointer, which just about sunk the Hoosiers: 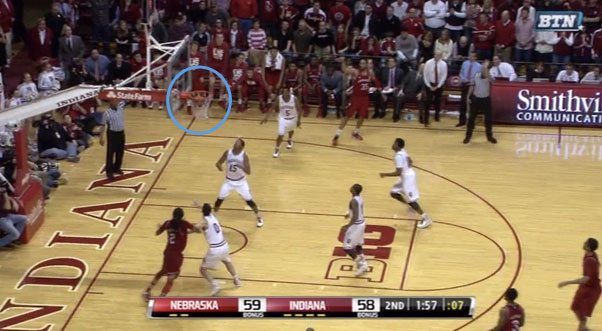 “The mistake late of leaving Pitchford baffles my mind,” said Tom Crean after the game. “I don’t know how we can make a mistake there in a switch game.”

Williams, who had a nice game on offense but still has his freshman moments, appeared to be the culprit here.