Where they’ve failed earlier in the season, the Hoosiers made plays on both ends of the court in the closing minutes against the Buckeyes to seal the victory on Sunday.

A look at Hanner Mosquera-Perea’s two lobs and Will Sheehey’s D on Aaron Craft — with some help from Mosquera-Perea —  in the latest edition of Film Session:

With Indiana holding onto a five-point lead with just over three and half minutes left, Mosquera-Perea makes a pass to Yogi Ferrell on the perimeter: 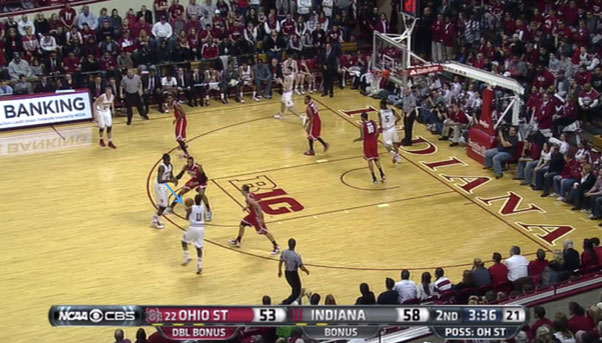 Mosquera-Perea sets a ball screen on Craft for Ferrell: 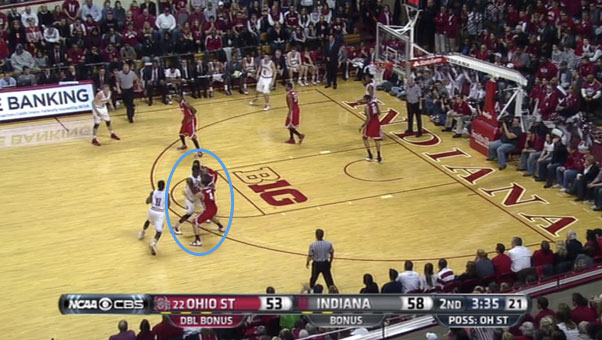 On the roll, Ferrell shows no hesitation and immediately lobs it up to Mosquera-Perea: 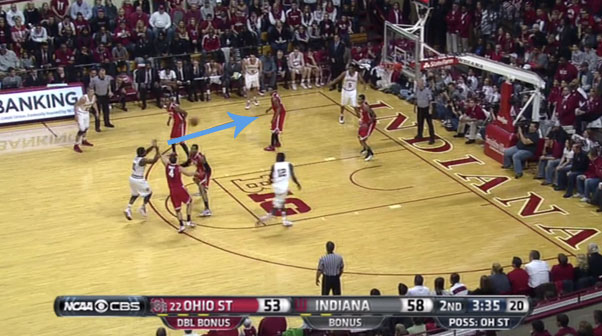 LaQuinton Ross tries coming in off the backline to stop Mosquera-Perea at the rim, but he seems caught off  guard, takes a bit of a bad angle and ends up picking up his fifth foul and has to exit the contest: 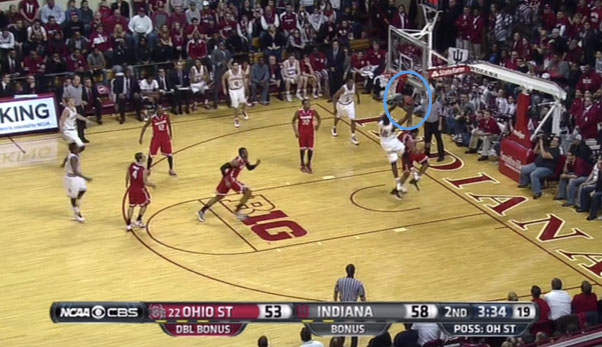 Mosquera-Perea, despite his improvements this season, isn’t the most trust-worthy Hoosier with the ball in his hands or on the catch. But his point guard showed complete faith in him here, and it paid off for IU.