Film Session: Down the Stretch

In Saturday’s win against Penn State, the Hoosiers executed on both sides of the ball down the stretch to emerge victorious for the first time in Big Ten play.

A look at two big scores and some defensive stops in the latest edition of Film Session:

With the Hoosiers down two with 2:18 to play, Will Sheehey sets a ball screen for Yogi Ferrell as Evan Gordon cuts across the baseline: 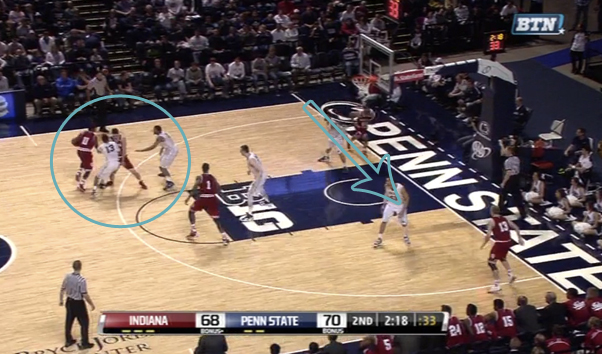 The Penn State defenders switch. Sheehey cuts to the other side of the court as Noah Vonleh sets another ball screen for Ferrell: 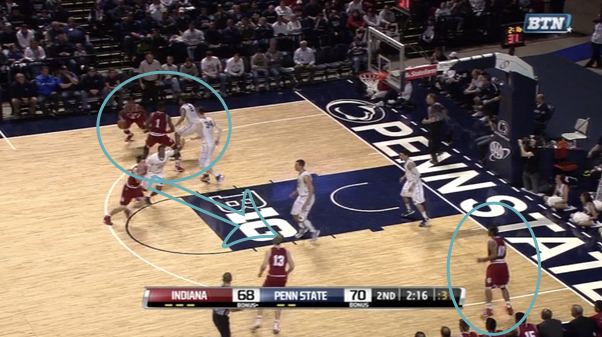 As Sheehey sets another screen on the weakside, this leaves just Ferrell and Vonleh on the left side of the court. With both defenders about to occupy Ferrell … : 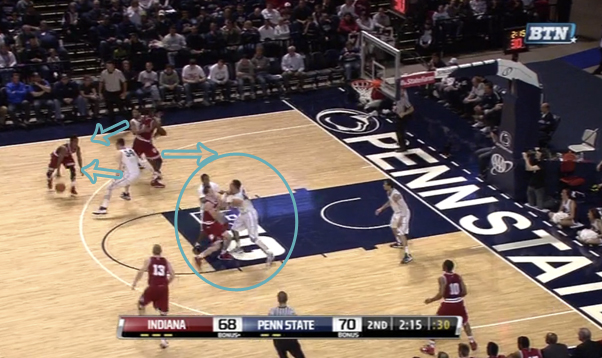 … Vonleh is able to roll in space and Ferrrell zips the pass through: 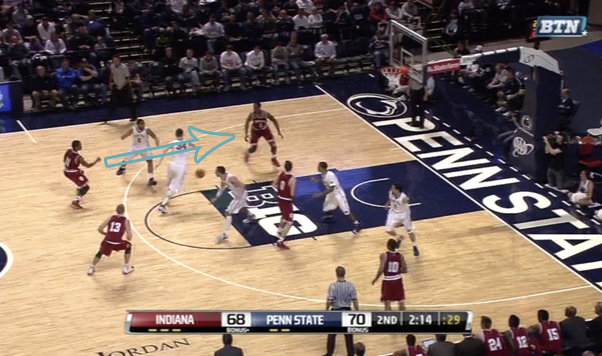 Vonleh finishes with a dunk to tie the ballgame: 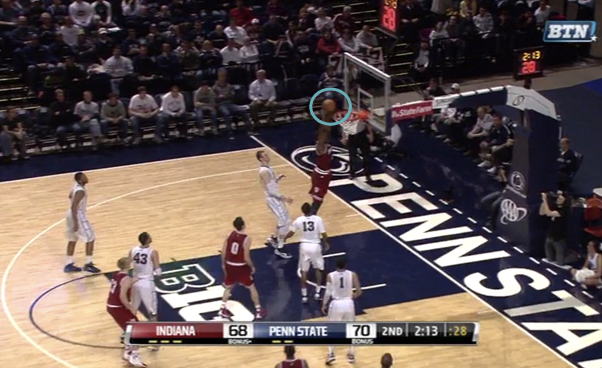 This was a nice play call to get Vonleh a bucket.