It wasn’t often, but the Hoosiers did find success on occasion against Syracuse’s 2-3 zone in their blowout 69-52 loss to the Orange. A look at two such occasions in the first half as well as two Trevor Cooney 3-pointers from the second half in the latest edition of Film Session:

I. With the Hoosiers starting to get things going in the first half, Jerami Grant is near Stanford Robinson on the opposite wing to Yogi Ferrell, who has the ball: 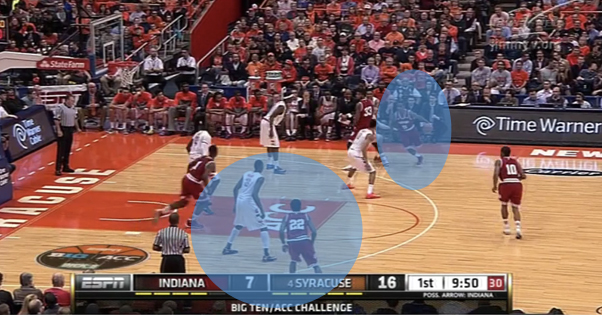 Jeremy Hollowell gets the ball near the right corner, as all five Syracuse defenders look his way: 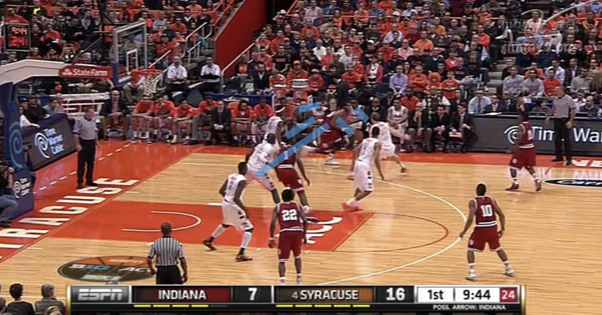 Before Hollowell’s bounce pass gets into Ferrell’s hands, Robinson begins sneaking to the rim behind Grant: 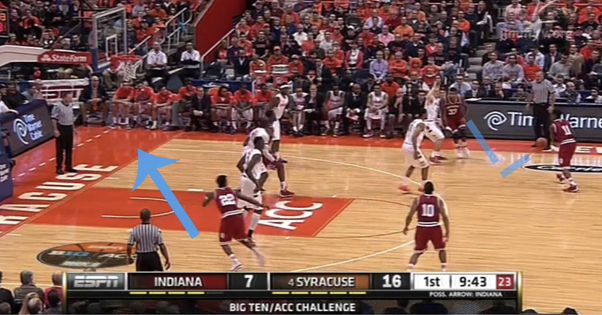 It’s a lob and two points for the freshman: 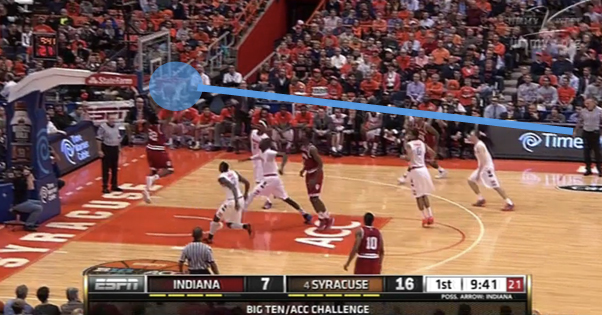