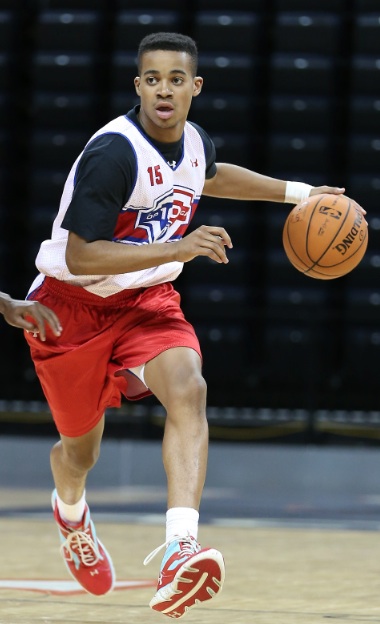 The four-star guard tweeted his decision earlier this afternoon: He’ll be a Villanova Wildcat.

Booth, the No. 81 prospect in the ESPNU Top 100, chose Villanova over Georgetown, Indiana, Temple and Virginia.

As recently as the second July evaluation period, Booth said he planned to take an official visit to Bloomington on August 29.

Indiana remains involved with several other backcourt options in the class of 2014, most notably Australian Dante Exum and Robert Johnson, one of the fastest rising players in the country.

Exum has already taken an official visit to Indiana and Johnson told Inside the Hall that he planned to visit when we spoke to him on July 14.

Ahmed Hill, Ja’Quan Newton, Jordan McLaughlin and Trevon Bluiett, who plans to trim his list of schools to five tomorrow, are other players in the 2014 class that can play on the perimeter that Indiana is involved with.