Indiana’s offense was firing on all cylinders in the first half against Purdue on Sunday night, scoring 49 points on 1.37 points per possession.

A look at five plays with heavy Cody Zeller involvement in the latest edition of Film Session. 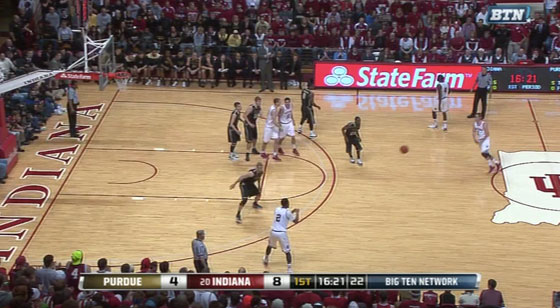 Zeller comes over in what appears to be an attempt to set a ball screen: 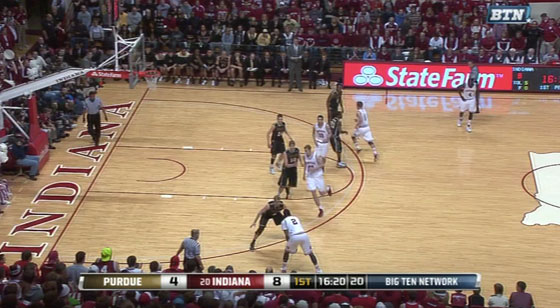 But Zeller quickly slips the screen on Travis Carroll, who anticipates and starts hedging: 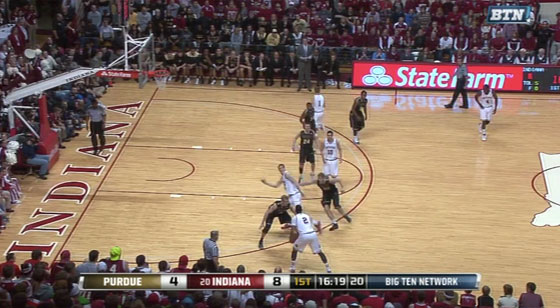 From here it’s an easy pass to Zeller: 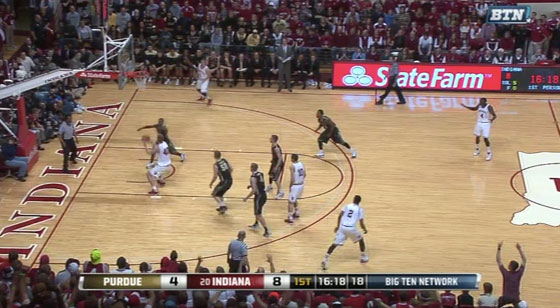 Who’s able to rise over Lewis Jackson easily for a dunk: 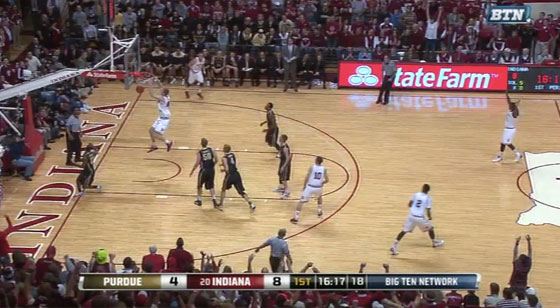 Watford grabs a rebound and quickly outlets to Hulls: 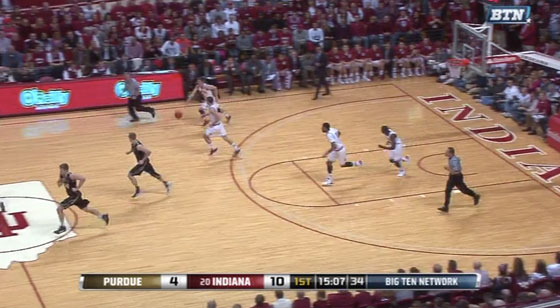 Hulls passes it ahead of the defense to Zeller, a spot he’s often found himself in this year on the break: 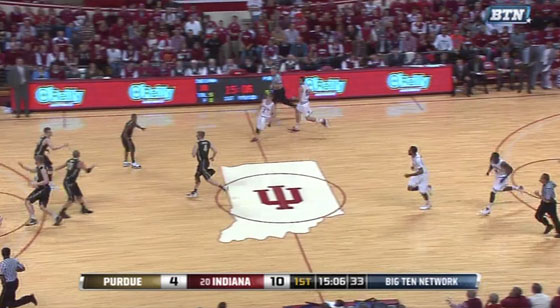 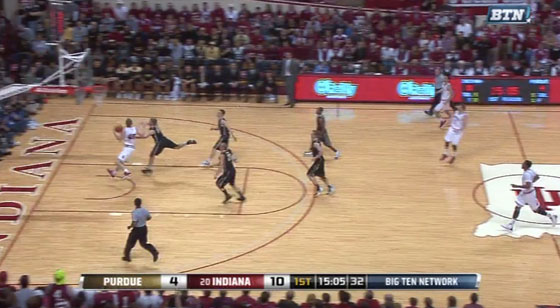 And is swarmed by Purdue: 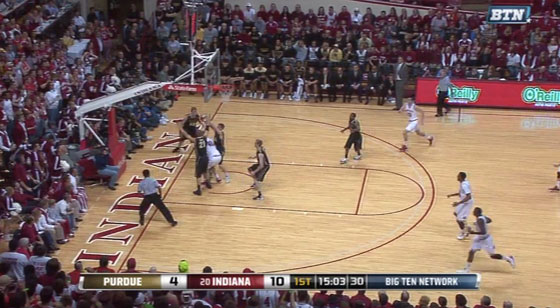 He passes out of four defenders to Will Sheehey: 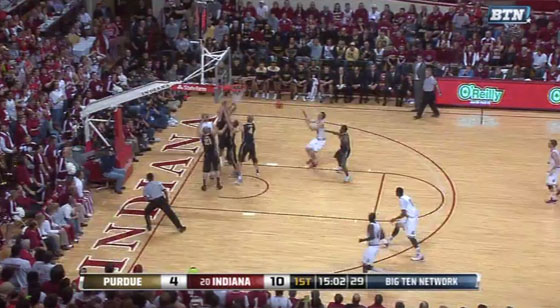 Sheehey is fouled on a missed bucket and made one of two free throws: 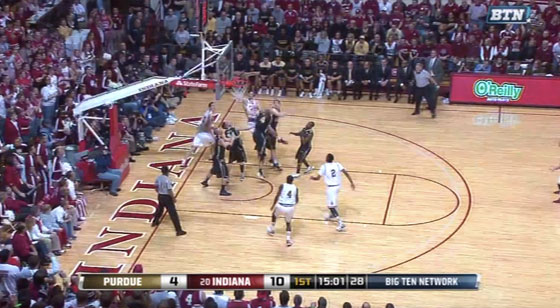 Zeller looks for the ball on the left block: 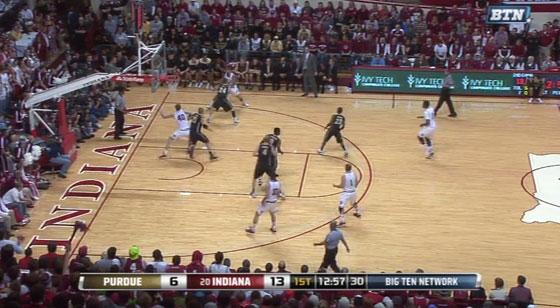 But gets fronted by D.J. Byrd: 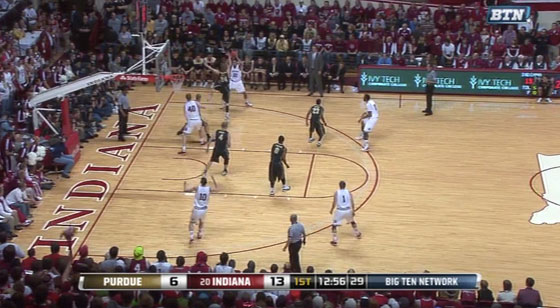 As Verdell Jones passes to Watford, Zeller gets some separation on a push: 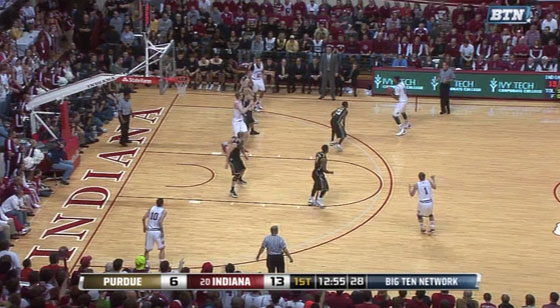 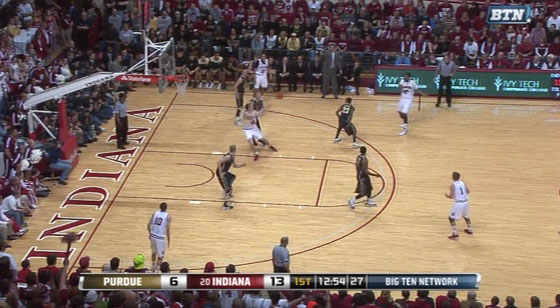 Zeller is able to sneak in a bucket for two points: 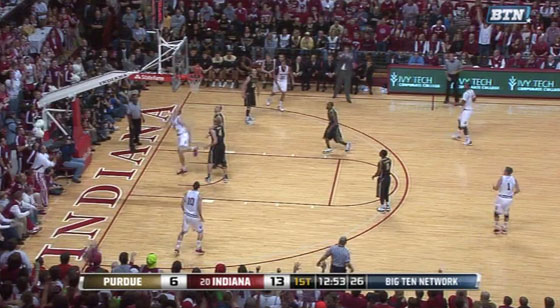 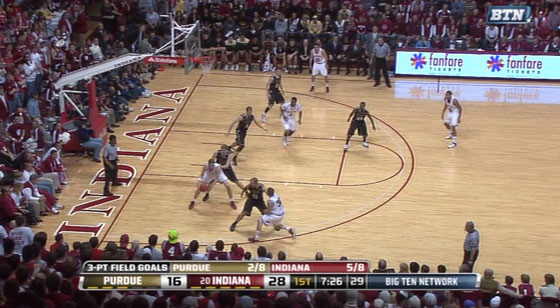 Byrd doubles down on him: 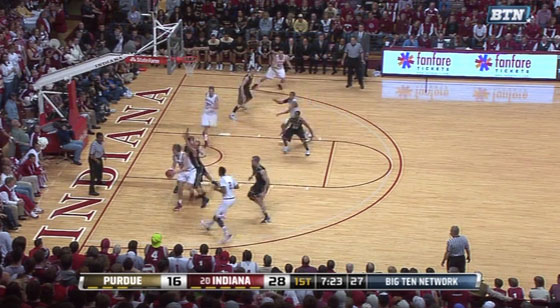 Zeller dribbles out to get a better view of his options: 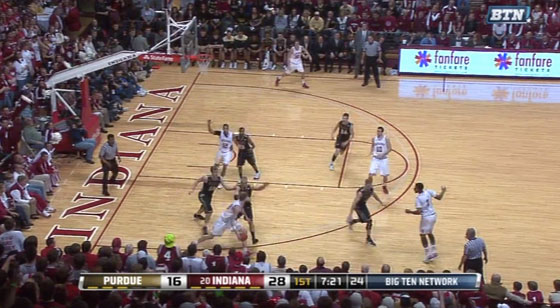 Roth is wide open, and Zeller throw a cross-court pass: 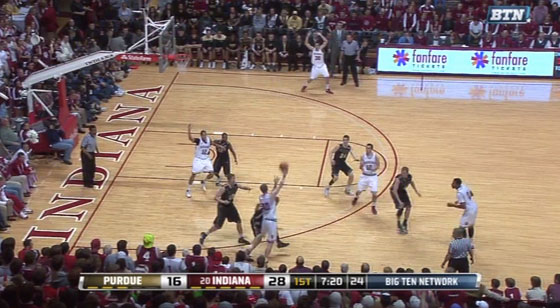 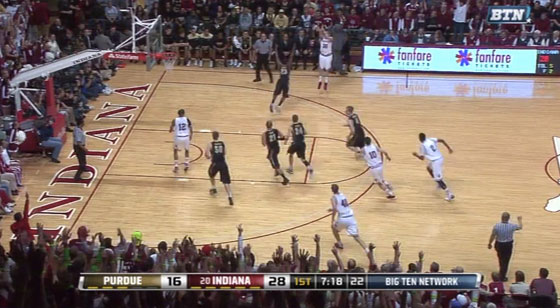 As Gary Williams notes on the call, this is not a play a lot of big men can make. But Zeller can.

Zeller begins to set a high ball screen for Hulls: 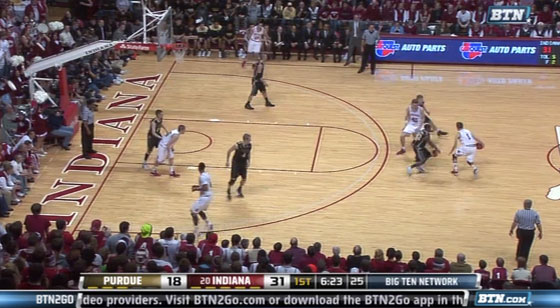 Caroll hedges for a bit and Jackson doesn’t pick up Zeller. This leave him alone as Ryne Smith runs by Zeller to pick up Roth beyond the arc: 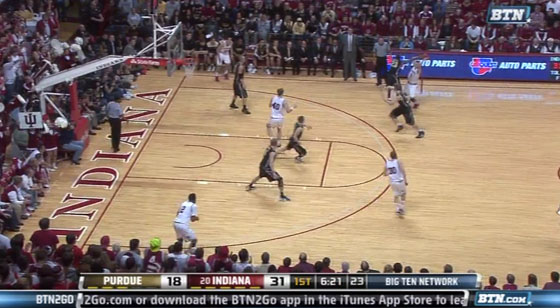 Zeller catches the pass from Hulls: 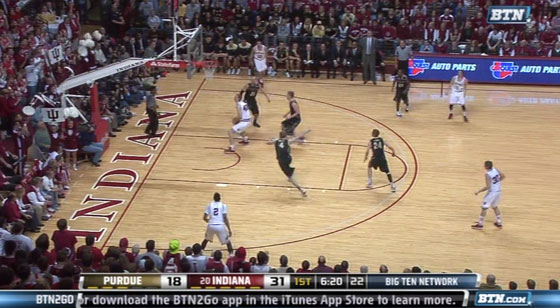 And it’s another high-percentage look in the form of a dunk for the Big Ten’s Freshman of the Year: 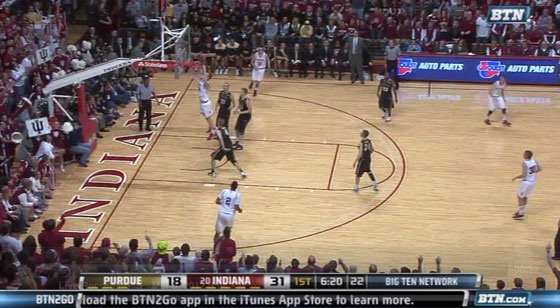