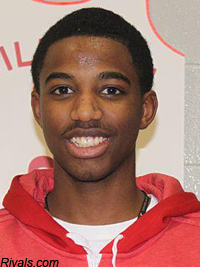 The Quote: “Bouta do my thing against a probable future teammate (Cody Zeller)” – Jaquan Lyle on Twitter before Bosse loss to Washington in December.

The Coach Says: “The kid’s a talent, but right now we’re just worried more on him growing up and him being a good basketball player and maturing. If that continues, we’re going to be OK.” – Bosse head coach Shane Burkhardt to Inside the Hall on Lyle.

ITH Scouting Notes: Skilled playmaker that can excel at the point or on the wing. Excellent passer, especially in transition. Streaky shooter, but possesses the ability to go on a scoring barrage from the perimeter. Solid ball handler and defender. Very good at attacking off the dribble, but isn’t yet explosive at blowing past defenders. High basketball IQ for a freshman with a knack for making big plays.