EVANSVILLE — Did Evansville Bosse freshman Jaquan Lyle tip off future plans for a commitment to Indiana via Twitter?

That’s what a reporter asked Bosse coach Shane Burkhart following his team’s 79-71 loss to Washington on Friday night. The tweet, shown below, suggests the 14-year old Lyle could be favoring the Hoosiers at the early stages of his recruitment: 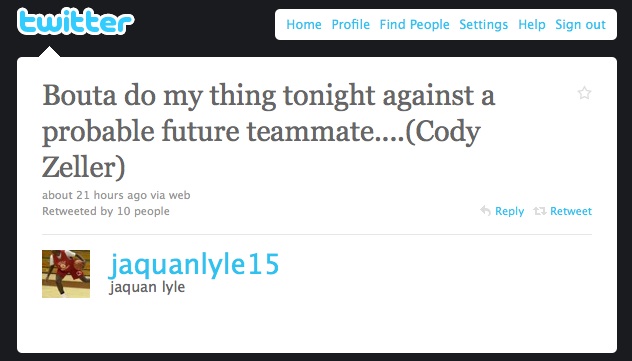 Lyle, who finished with 16 points and is not yet speaking to the media, already has scholarship offers from Indiana and Xavier.

Here was Burkhart’s response after he was asked about Lyle’s tweet: “I don’t know. I don’t. Jaquan is a practical joker. He loves to joke.”