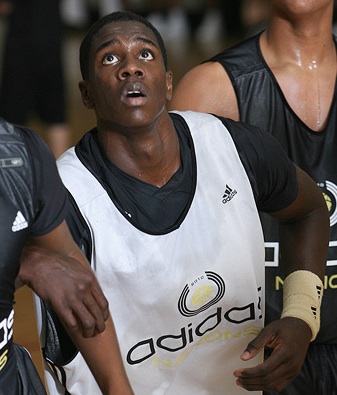 + Austin Etherington (Hamilton Heights): Thirty-two points in an 84-66 win over Madison-Grant on Feb. 10. Etherington surpassed 1,000 career points in the win. He was also a guest on the ITH Podcast early last week.

+ Cody Zeller (Washington): After being named a McDonald’s All-American, Zeller had 27 points, six rebounds, two assists and a block in a 72-39 win at Owen Valley on Feb. 10. HD video of the game is available here.

+ Peter Jurkin (United Faith Christian Academy, NC): Out until sometime in February with a stress fracture, according to The Charlotte Observer.

+ Gary Harris (Hamilton Southeastern): Eighteen points in a 63-58 win at Carmel on Feb. 9.

+ Mark Williams (Cleveland Benedictine): Sixteen points in a 73-58 win over Bedford on Feb. 8. Benedictine fell to Walsh Jesuit, 56-53, on Feb. 11, but no individual stats were available.