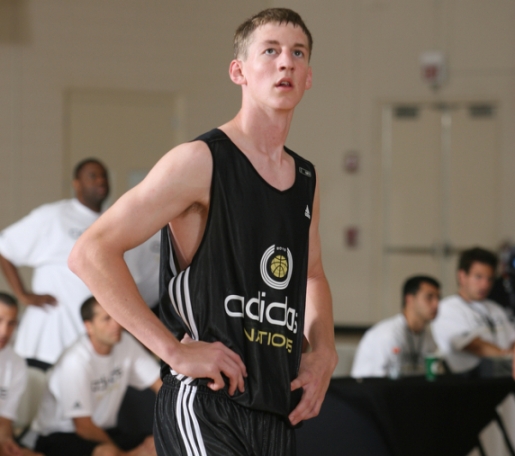 BLOOMINGTON, Ind. – Indiana men’s basketball signee Cody Zeller became the 25th Hoosier to be named a McDonald’s All-American, the committee announced on ESPNU on Thursday, Feb. 10, 2011. He is the first Indiana signee since Eric Gordon (2007) to earn the honor and the 14th IU Hoosier to hail from the state of Indiana.

In 2010, he led Washington to a Class 3A state championship, averaging 20.5 points and 11.4 rebounds per game. Following the season, he was named an Indiana Junior All-Star. During his sophomore campaign, he averaged 15.0 points and 6.8 rebounds. As a freshmen, he averaged 2.4 points and 1.4 boards on another Class 3A state title team. He has been coached by Gene Miiller at Washington and also played AAU basketball for the Indiana Elite program and Mark Adams.

Zeller also led the USA 2011 squad to the adidas Nations Championship in Chicago this past summer and was invited to the NBA?Top 100 camp.

He is the third Zeller to be named a McDonald’s All-American, following in the footsteps of his two older brothers – Luke (2005) and Tyler (2008).

The 2011 McDonald’s All-America game will be held at the United Center in Chicago on Wednesday, March 30 at 10 p.m. ET and will be aired on ESPN.