The Morning After: UConn 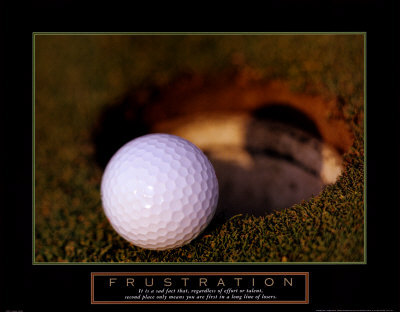 There have been plenty of moments of frustration thus far this season. E.J.’s turnovers, seemingly the one thing keeping him from being a truly dominant college basketball player. The lack of a true point guard, leading to skittish play from Armon Bassett and, of course, Jordan Crawford. The insistence on up-and-down, one-on-one basketball, the way it leaves the half court offense stagnant. All of this stuff has crept up at some point this year, even in wins, each of us knowing it was only a matter of time before all of the above caught up to the Hoosiers and cost them a relatively important game.

The positive, I suppose, is that this happened now rather than in March … but that doesn’t make any less frustrating. Anger, venting and, most of all, frustration begin below. Grrr:

— Athleticism. Let’s talk athleticism. More to the point, let’s talk about how little of it the Hoosiers actually have, and how more athletic teams are able to prey on the deficit in running and jumping ability. Nowhere is this more evident than on the offensive end. In most games, the Hoosiers are able to run their iso offense without much trouble; Eric Gordon can be an unstoppable offensive force against lesser defenders, D.J. White has been playing infallibly on offense, and his dominance usually frees up Crawford, Bassett, A.J. Ratliff, and the rest of the perimeter to shoot freely. That strategy works, but it only works when the talent gap is great enough to compensate for the lack of strategic complexity.

Against an athletic team like UConn — who just happens to have one of the best interior defenders in the country — the talent gap was minimized. The Hoosiers are a more skilled team than the Huskies, but they continually negated that advantage in skill by trying to pound the ball inside. That was never going to work; when Thabeet wasn’t blocking shots, he was intimidating enough to prevent penetrating guards from even trying to score. Also, thanks to Thabeet, the Huskies didn’t have to double D.J., making it more difficult for shooters to get open on the perimeter. When the ball was out top, it was usually dribbled ineffectively from side-to-side before launching up a ridiculous 25 foot attempt. So IU’s opportunities were limited to a). highly challenged driving layup, or b). long three-pointer. That’s never going to be an effective strategy, no matter how good you are.

What would have happened in a perfect world: About three weeks ago, Sampson would have started installing some more sets like the one that got Armon open on the third play of the game, but with more layers and rolls to get Gordon, White, and even Jamarcus Ellis in advantageous scoring positions. Since IU doesn’t seem to have those sets installed — not even simple stuff like, say, a UCLA 1-4 or something — more often than not it looks like IU is standing around, hoping Eric Gordon can make something happen before the shot clock runs out.

— Speaking of Eric Gordon: Minnesota is no longer his worst game of the season. This was. Not only did he hang on to the ball too often, he wasn’t able to do what you have to if you want to penetrate UConn’s defense: hit mid-range shots. It’s more apparent than ever that Gordon just doesn’t have that element to his game yet; he is either shooting long threes or driving all the way to the basket. That’s a pretty sick repertoire to have at the age of 19, but if Gordon is going to be as good as everyone thinks he could, he has to — has to — develop some mid-range ability. The all-or-nothing stuff won’t work at the next level. It wouldn’t even work in the Big East.

And, of course, Gordon has to take better care of the ball. If he’s going to have such a high percentage of possessions, a high turnover rate is bad business.

— This next gripe is partially related to the theme of athleticism above, but good God is IU’s four spot a liability. Not only are none of the three “athletic” — Mike White is, but is too short to make anything of it — none add any real value to the team. This was obvious in IU’s other loss, the 80-65 loss to Xavier. When the opponent is athletic on the interior, D.J.’s rebounding (and he really is rebounding like a madman these days) isn’t enough. If I had to pick one of the three to get a lion’s share of minutes at the four spot, well, you really can’t pick one over the other. Neither are particularly good; all you can do is adjust their minutes according to the opponent and hope not to get exposed too badly. Didn’t exactly happen yesterday; that four spot was glaring.

— Is A.J. Ratliff practicing so poorly that his athleticism can go totally unused? Is Sampson not aware of what A.J. can do? Does he just not like him? Somebody please explain this to me.

— Reading back through this — which is being composed muy rapido thanks to my traveling issues today — I realize I’m sounding a lot like Billy Packer. That is to say, I sound grumpy. Exceedingly so.

Is there a grumpier, more curmudgeonly analyst than Packer still breathing? The man is old, so he has a right to be a little preturbed from time to time. Listening to his broadcast yesterday, though, made me think that Packer doesn’t really enjoy the game all that much anymore. Or: He’s seen so many games that the nuanced beauty of this most gorgeous game is no longer impressive to him; he sees only players, sets, numbers, and scores. Anything else is incidental and not worth discussing.

Maybe I’m reading too much into it … or maybe someone really needs to give Billy Packer a foot rub and a scotch. He should spend some more time with Bill Raftery. That oughta loosen him up a little bit.

— Finally, one more thing, of the “general overriding impression” sort: Yesterday, I, as an IU fan, felt like I got knocked down a peg. While I’m pretty neurotic about predicting wins and losses — I always convince myself the Hoosiers will play worse than is reasonable — this year I’ve been floating pretty high, assuming the Hoosiers would not only win the Big Ten but would play deep into the NCAA Tournament. (I’ve also been kind of a dick to Illinois fans, which has been a lot of fun.) Yesterday, losing at home to a team missing two of its top six players, a team that lost to Providence early in the year, a team that really could have been beaten with a little bit of strategy or panache … and I start to get worried. Worried not only that the Hoosiers aren’t as good as we all thought, but worried that this season — the first legitimate title chance we’ve at IU in a while now — will end far too quickly. We’ve glimpsed the path to this team’s mortality. And I don’t like it.

Like I said, travel issues, so please add to this with your own thoughts and comments and loving remarks about the beauty of my Red Bull-induced prose. Respek.