The Morning After: Longwood 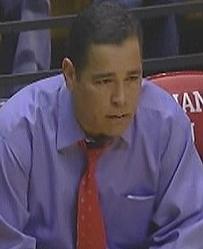 The point of The Morning After is to glean and analyze, thus building a store of knowledge from which to draw when it’s time to figure how well we can expect this team to perform late in the season. Early in the season, however, this is an extremely difficult to do. After all, we can only learn so much from a 50-point win over Longwood; taken as a whole the game really doesn’t teach us much about how well IU will perform against teams that possess similar athletic ability, which is much of Division 1. Still, I’m firmly of the mind that few of the more finite details are unimportant, and so we trudge on. Let’s see what we’ve learned:

— Early in the game, it was evident that Kelvin Sampson not only gave Eric Gordon the green light — Sampson went ahead and told everyone on the team not to be bashful, which made for an entertaining opening five minutes. Gordon got his fair diet of shots, and was never hesitant. Neither was Armon Bassett. Those shots came early in the shot clock, from a variety of distances, thanks not only to Longwood’s inept defense but to a seemingly conscious choice by IU. This might foretell a change in strategy from Sampson — the coach is notorious for his plodding, defensive Oklahoma teams — but for now we can still safely consider it an aberration.

(Hit the jump for more game breakdown, a calming take on Lance Stemler, and the reason why cupcakes are oh so tasty.)

— As a whole, IU’s offense felt more cohesive. DeAndre Thomas (who started in place of Lance Stemler; more on this below) opened the game with a strong move in the post and made it clear the Hoosiers intended to drive the ball low throughout the game. They did so, incorporating D.J. White well (until Sampson took him off the floor for most of the second half), and when post possessions failed, White and Thomas rotated the ball well. Altogether, the offense felt more together; shooters relocated efficiently; passes were more decisively and accurately delivered; and on the whole the half-court game looked and felt like it had been through a thoroughly productive week of practice. At the same time …

— … The procilivity for early-possession shots led to a lot of fast break baskets for Longwood. Longwood’s shooters looked drastically undermatched, but anytime the team was able to grab up a long rebound, it usually led to a quality shot in transition. Against a more proficient offensive team (i.e. one that doesn’t chuck radically misfired three-pointers every third touch), IU would have yielded many more baskets. I’m all for a free-flowing, Phoenix Suns-esque system, but only if it is defensively capable as well. That’s an incredibly difficult thing to do, so it’s all but certain that Sampson will slow this team down in the future. Still, those fast breaks and quick possessions make this team even more enjoyable to watch. (For more on one of IU’s lingering defensive deficiencies — backcuts and slipped screens — check out Big A’s latest film session.)

— Lance Stemler played … OK? He was the topic of much discussion round these parts this week — most of it centered on quasi-off-court issues — but on the court it’s clear that Stemler just doesn’t have all that much confidence. I won’t get carried away over his second half performance; again, it’s Longwood, and I don’t even think Adam Ahlfeld was watching much of the second half. (Actually, Ahlfeld was actually playing, which says everything you need to know right there.) Stemler should definitely be starting the game on the bench; Sampson alluded to this strategy as a matter of helping Lance fight pressure, but it boils down more to pure economics. When on, Lance is a shooter, but IU has shooters in abundance. What the Hoosiers need is solid play and physicality from the off-post position. DeAndre Thomas may or may not be the answer, but right now Stemler is pure, ineffective surplus, a surplus that reaches its point of diminishing returns nearly every time Stemler touches the ball.

— One final thought: Yesterday, Terry Hutchens kind-of-sort-of questioned and then affirmed the merit of playing a team like Longwood, a team so clearly inept that, as I have been reciting, almost nothing of permanent value can be garnered from watching. As unhelpful as the games are to watch, though, I agree with Sampson’s rebuff of Hutch: These games are helpful from a player’s standpoint. I think it’s vitally important for a team to see what things look like when success is coming easy; that happens so rarely against good teams, even in wins, that cupcakes like Longwood are the only early-season chances coaches have to demonstrate to their players at live speed the way things should look. Obviously, like any good diet, balance is important, and too many cupcakes will make you slow and fat and sluggish when it comes time for greater challenges, like making this metaphor coherent. But for now, easy success is a-OK.

That’s it for this week. As always, your thoughts, additions and rebuffs of your own in the comments.