If you noticed the smoke coming out of Coach Sampson’s ears just before halftime of today’s game against Longwood, it was a direct result of the play I’m about to dissect. (The easy layup on the play directly after this one didn’t help, either.) 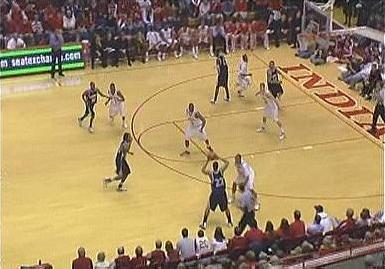 1. Dana Smith has the ball for the Lancers and everyone on the Hoosiers is in good position defensively. 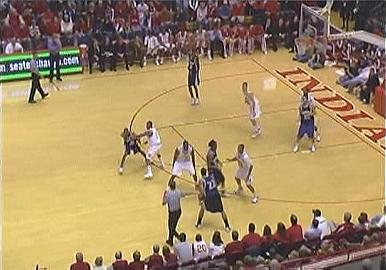 2. Lamar Barrett, guarded by D.J. White, comes to set a pick for Smith. 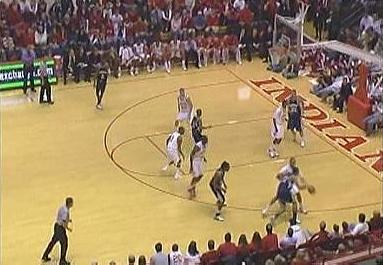 3. Nothing materializes for Smith on the pick from Barrett, so he heads towards the baseline. 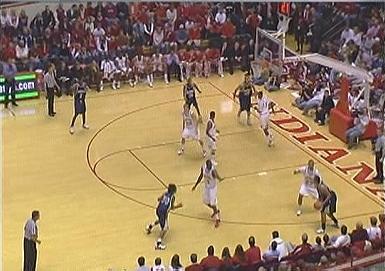 4. Cut off in the corner by Eric Gordon, Smith picks up his dribble and looks for an open man. White is cheating a bit as he’s looking to possibly deflect a pass. 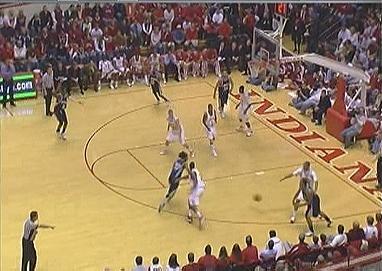 5. Barrett realizes White is looking for the pass on the perimeter and sees an opportunity for a back door cut. 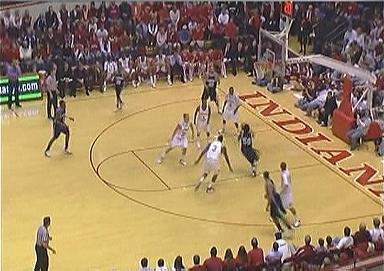 6. With no one to help below the basket, Smith’s bounce pass is received by Barrett who converts an easy two.