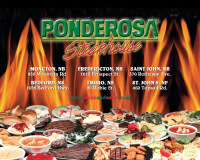 As a few commenters have pointed out and as Peegs.com is apparently reporting via their premium message board, Tyler Zeller looks to be headed to North Carolina. We all probably know by now that he’s set to make his official announcement at a Ponderosa in Washington, Ind., tomorrow afternoon, but it looks like Peegs got out ahead of this one.

Personally, I always thought the Tar Heels were the front runner here, so this isn’t much of a surprise. And UNC has scooped up a few stellar Indiana natives in the past, most notably Sean May and Eric Montross. It would have been nice to have the No. 22 ranked recruit in the class of 2008, but so it goes in recruiting. You can’t get all the big boys all the time.

So barring some unforeseen twist tomorrow afternoon, it looks like we won’t be seeing Zeller in cream and crimson. But hey, at least we have Jordan Crawford, right?

(Editor’s Note: Chris Korman of the Herald Times has confirmed that Zeller will announce for North Carolina.)