The Minute After: Hillsdale 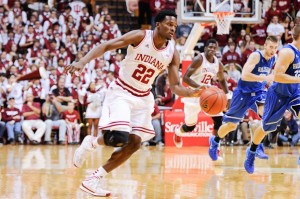 Thoughts on a 79-39 win over the Chargers: I. Tom Crean voiced concerns about his team heading into this contest, and it was all on display to start. Indiana turned the ball over again and again — with freshman Troy Williams ... 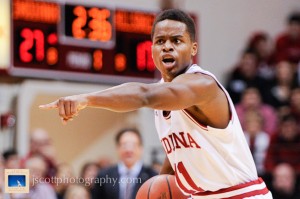 Check out 29 photos by Jamie Owens from Indiana’s 79-39 exhibition win over Hillsdale College at Assembly Hall in the embedded photo gallery after the jump. Purchase prints from J. Scott Sports.

What to Expect: Hillsdale College

In a final tune-up before Friday’s season opener against Chicago State, Indiana will host Division II Hillsdale College tonight in Assembly Hall. It will be the first ever meeting between the two programs. The game will be broadcast live on ...

Indiana to play pair of exhibitions at Assembly Hall

Indiana completed its 2013-2014 schedule on Thursday evening when it announced a pair of exhibition games that will be played at Assembly Hall. Here are the complete details, per a release from media relations: Indiana University men's basketball coach Tom Crean has announced that the Hoosiers will host the University of Southern Indiana at 7 p.m., Saturday, October 26, and Hillsdale (Michigan) College at 7 p.m., Monday, November 4 in exhibition games.