What to Expect: Indiana at Kansas 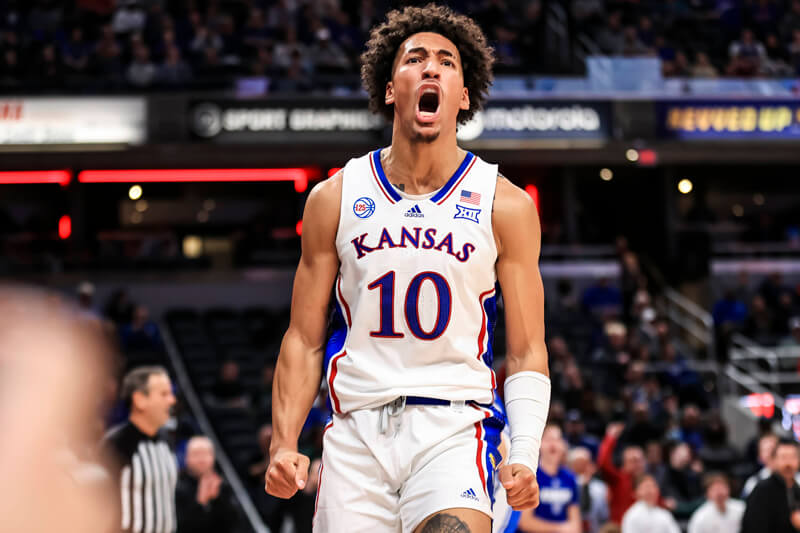 Indiana returns to action this weekend after a week’s hiatus for finals. The Hoosiers will be on the road to face Kansas on Saturday afternoon at Phog Allen Fieldhouse. The Jayhawks are 9-1 and are coming off a 28-point win at Missouri last weekend.

Indiana’s final chance for another marquee non-conference win comes in one of the toughest venues in college basketball.

Kansas, the defending national champion, is 836-116 all-time at home and 298-16 at Phog Allen in the Bill Self era. The Jayhawks are the winningest program in NCAA Division I history.

Despite losing Christian Braun, Ochai Agbaji, Remy Martin, David McCormack and Mitch Lightfoot from last season’s title team, the Jayhawks are again in the mix nationally this season. Kansas has wins over Duke, N.C. State, Wisconsin, Seton Hall and Missouri. Its only loss so far came by 14 to Tennessee in the Battle 4 Atlantis in the Bahamas.

Indiana, meanwhile, has lost two of its last three and had its defense torched by Arizona last weekend in Las Vegas. The Hoosiers are hoping Jalen Hood-Schifino, who has missed the last three games with a back injury, will be available to play in Lawrence.

Jalen Wilson, who originally signed with Michigan out of high school before John Beilein left for the NBA, is one of the toughest covers on the wing in college basketball.

Without much size currently in the regular rotation, Wilson plays the four and leads the Jayhawks in scoring at 22.1 points per game. He’s using 30.8 percent of the team’s possessions while on the floor, which is the 31st highest in the country. Wilson is shooting just 42.6 percent from the field but is making 36.5 percent of his 3s. He also leads Kansas in rebounding at 9.4 per game.

Wichita native Gradey Dick was a five-star prospect out of high school and has lived up to the billing through 10 games. The 6-foot-8 Dick is shooting a sizzling 46.6 percent from 3 and is second on the team in scoring at 15.4 points per game.

KJ Adams, a 6-foot-7 sophomore from Austin, Texas, will likely get tasked with guarding Trayce Jackson-Davis. Offensively, Adams finishes the limited number of looks he receives. He’s shooting close to 70 percent on 2s. Adams is just 8-for-21 from the free-throw line.

The backcourt starters for Self are Texas Tech transfer Kevin McCullar and Dajuan Harris.

Harris, the team’s point guard, is an excellent facilitator. He ranks 33rd nationally in assist rate and has dished out 65 assists compared to 19 turnovers. An excellent on-ball defender, Harris will try to frustrate Xavier Johnson and apply relentless pressure.

McCullar is just a 31 percent career 3-point shooter but has connected at a 36.4 percent clip through nine games for the Jayhawks. The former Red Raider is third on the team in scoring at 11.8 points per game. McCullar is also a very good defender and is second on the team with 22 steals in nine games.

Kansas is still working out its rotation and only has three reserves averaging double-figure minutes.

The backcourt reserves are backup point guard Bobby Pettiford along with MJ Rice and Joseph Yesufu. Pettiford, a Durham, North Carolina native, averages 2.9 points in 15 minutes off the bench.

Rice, a five-star freshman, is a capable scorer off the bench who will have to wait his turn for extended minutes. He’s had a couple of double-figure scoring games against lesser competition but is probably a season away from a major impact. Yesufu transferred from Drake before last season and has appeared in all 10 games. He’s shooting 34.8 percent from 3.

The frontcourt backups are far less settled and the Jayhawks are hoping the situation crystallized as the season progresses. Freshman Ernest Udeh was a highly touted recruit and has legitimate size at 6-foot-11 and 250 pounds, but hasn’t seemed to earn the full trust of the coaching staff for an extended run. Another freshman, 6-foot-9 forward Zuby Ejiofor, has played spot minutes. And sophomore Zach Clemence, who is 6-foot-10, has played 45 minutes this season but hasn’t made a shot.

All national rankings are through Thursday’s games.

While Indiana has a decided-size advantage in this matchup, Kansas has been a solid rebounding team this season. The Jayhawks are top 100 in the country in offensive rebounding percentage despite having an undersized frontcourt. It’s crucial for Indiana to limit second-chance point opportunities.

Free throws and turnovers are also always crucial away from home. Indiana had 16 fewer free throw attempts than Arizona in its most recent game and that’s a number that can’t be repeated if the Hoosiers hope to win on the road.

The KenPom projection is Kansas by five with a 31 percent chance of an IU victory. The Sagarin ratings also favor the Jayhawks by five.

Kansas rarely loses at home and Saturday’s game is an uphill battle for an Indiana team that struggled in its most recent road game at Rutgers. Indiana has a size advantage in this game, but the Jayhawks have some matchups they can exploit with Wilson and Dick on the wings.

Indiana also needs Trayce Jackson-Davis to play much better than he has in recent weeks. The preseason All-American hasn’t been nearly as dominant recently, which has to change for the Hoosiers to reach their ceiling moving forward. The status of Hood-Schifino also looms large. Indiana isn’t the same team without him in the lineup and getting another ball handler back into the mix is critical to relieve some of the pressure from the shoulders of Xavier Johnson.