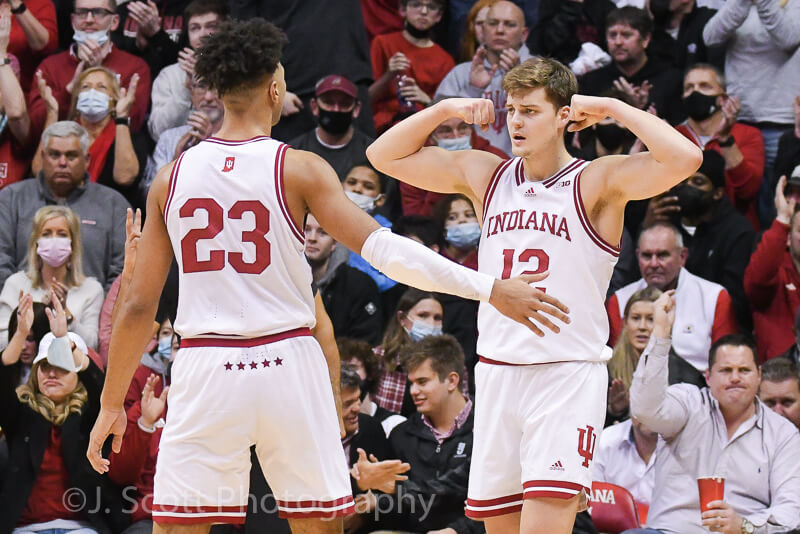 One of two Indiana games that didn’t have a tip time announced in Thursday’s Big Ten TV schedule release now has a start time.

The Hoosiers will tip at 12 p.m. ET (11 a.m. local time) against Kansas on Saturday, Dec. 17 at historic Allen Fieldhouse. The game will be shown on ESPN2.

This season’s matchup is the first of a two-game series that will feature a return game in Bloomington next season on Dec. 16, 2023.

Indiana leads the all-time series 8-6. It will be the fourth trip for Indiana to Lawrence in program history.

The Hoosiers won the last meeting between the two programs in the 2016 Armed Forces Classic in Honolulu.

The only remaining regular season game for the Hoosiers without a tip time is the Big Ten-ACC matchup against North Carolina on Wednesday, Nov. 30 in Assembly Hall.