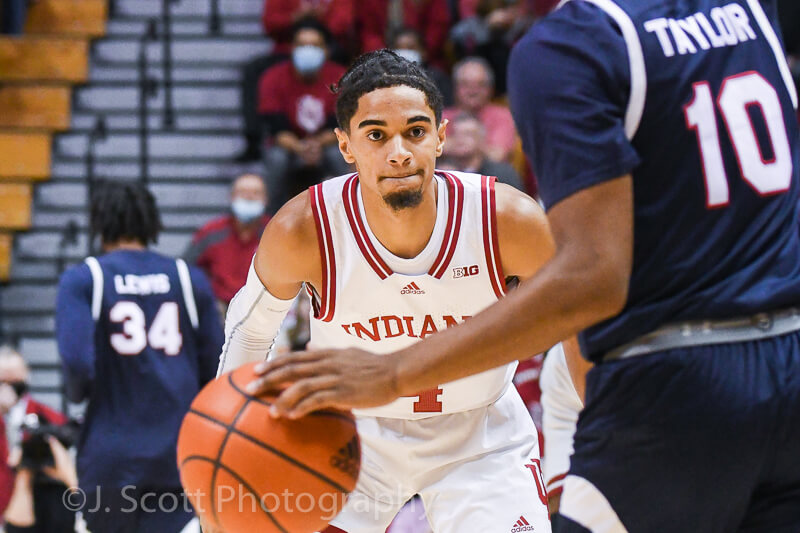 For the second straight offseason, Indiana guard Khristian Lander has entered his name to the NCAA transfer portal.

Lander, a former top 30 recruit from Evansville, appeared in 39 career games for the Hoosiers and averaged 2.4 points and 1.1 assists in 9.7 minutes per game.

The 6-foot-2 guard appeared in just 13 games this season for the Hoosiers as he was behind Xavier Johnson and Rob Phinisee on the depth chart. Lander also battled a leg injury for a significant portion of the season.

All love for the Hoosiers ??? #4 out. pic.twitter.com/MnHVdMOGqW

Want to say to all my brothers that have been on this team last year and this year that I love y’all and we will always have a bond! ???? wish all you you guys the best !

The Evansville Reitz product will be eligible to play immediately at his next school with the NCAA now allowing a one-time transfer without sitting out for underclassmen.

Originally a member of the class of 2021, Lander reclassified into the 2020 class and enrolled a year early under former coach Archie Miller. He turned 19 last August and was the third-youngest player on Indiana’s roster last season.

By entering his name in the portal, Lander will be able to have direct contact with other schools and explore his options for a transfer.

Last offseason, Lander put his name in the transfer portal on March 26, but announced his return to Bloomington for a second season on April 5.