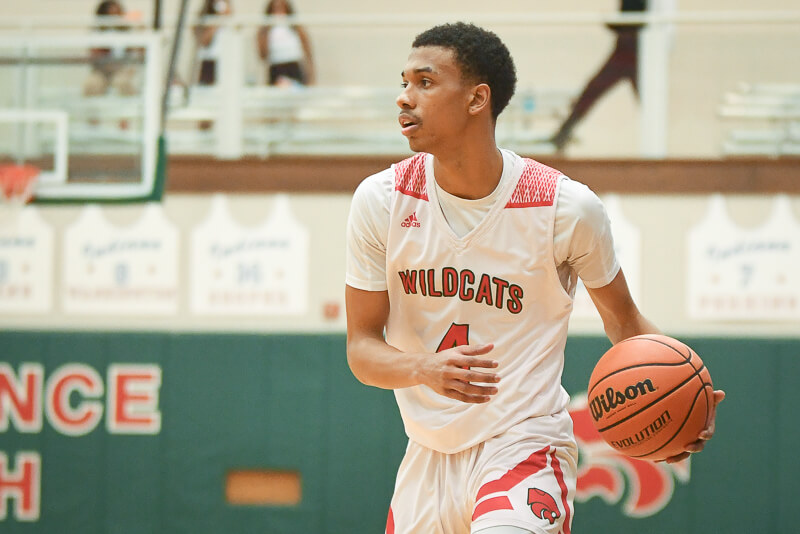 One more offseason week is in the books, which means we’re now one week closer to the Mike Woodson era tipping off in Bloomington.

In the meantime, we’ll keep you up to date on all of the most important stories involving your Hoosiers.

Let’s get to this week’s:

Indiana’s lone commit for 2022, CJ Gunn, suffered a broken left wrist on Thursday while competing at the Peach Jam. The injury is not considered serious, but it may keep Gunn out of action for up to five weeks.

If there is a silver lining, the injury was to the left wrist and not Gunn’s shooting hand. Not only does that alleviate concern for lingering issues going forward, but it will also allow Gunn to continue to work on several skills during his recovery.

You can read more details on Inside the Hall: CJ Gunn suffers broken left wrist at Peach Jam

Reynolds currently serves as the vice president for intercollegiate athletics at Bradley.

Whitten assumed her new post on July 1 and is no doubt getting a crash course in all things IU. With the recent success of so many of IU’s athletic teams, she will have the good fortune of presiding over what many are calling a potential golden age of Indiana athletics.

Another date on the non-conference schedule has been filled. Indiana will host UNC Asheville at Simon Skjodt Assembly Hall on Dec. 29th.

UNC Asheville is a part of the Big South Conference and finished last season with a 10-10 record. Last season UNC-A was a fast-paced, high-scoring team, who struggled on the defensive end to keep their opponents from scoring. This should be an interesting matchup and a test for Indiana’s transition defense.

This addition brings the total of non-conference games for the Hoosier to eight.

Banner #5 – Under a month until Indiana’s Bahamas trip

Indiana’s much an anticipated trip to the Bahamas is less than a month away. It is scheduled for Aug. 10-16. While there, Indiana will play a pair of exhibition games against BC Mega, a professional team from Serbia. Indiana fans will get their first glimpse at a Mike Woodson-led Indiana team, and all the new additions on the roster for 2021-22.

The games are not slated to be televised, however, there will be no shortage of media coverage from the event with all of the buzz that is surrounding the Indiana Basketball program.