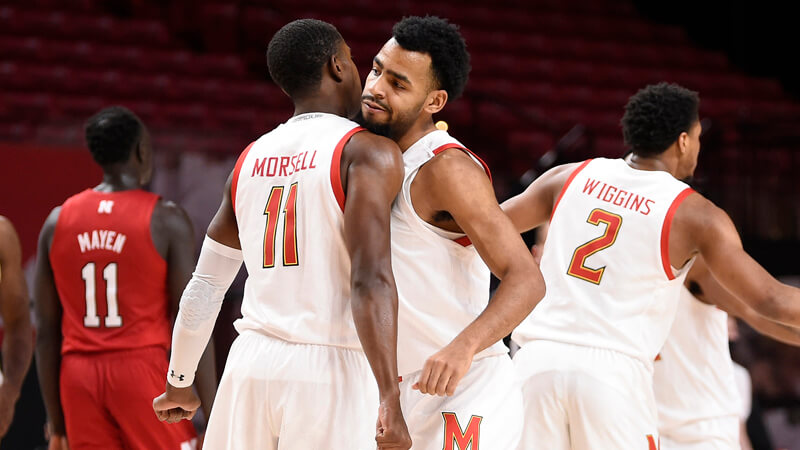 It’s already been an eventful offseason in the Big Ten, but rosters are still not set for the 2021-22 season.

Players have until July 1 to transfer without the penalty of sitting out and the withdraw deadline for the NBA draft is July 7.

While many of the key roster decisions like Trayce Jackson-Davis returning to IU and Ayo Dosunmu and Kofi Cockburn leaving Illinois have been made, there are plenty of other decisions still up in the air.

Here’s a look at the outstanding decisions that will impact the league next season:

Is Joe Wieskamp coming back to Iowa?

The sharpshooter has tested the NBA draft waters before, but the chances he’s leaving Iowa City seem higher than in the past.

The Hawkeyes have already lost Luka Garza, Jack Nunge and CJ Fredrick. If Wieskamp comes back, Fran McCaffery could have a solid returning nucleus. Jordan Bohannon is coming back for a sixth year and Keegan Murray has breakout potential next winter.

But Wieskamp coming back is pivotal if Iowa hopes to be a top-half Big Ten team. In April, Wieskamp said he will graduate this summer after three years. McCaffery said this spring he believes Wieskamp will be selected if he chooses to stay in the draft.

The 7-foot lefty announced he would test the NBA draft process earlier this week, which was surprising due to the timing of that declaration.

Dickinson averaged 14.1 points and 7.4 rebounds as a freshman and helped lead Michigan to a regular-season Big Ten championship.

Given that Dickinson is signing with an NCAA-certified agent to test the process, he wants to leave the door open for a return.

But until Dickinson actually says he’s coming back for sure, Michigan fans will have to sweat out his status for next season. If he does opt to leave, the Wolverines will fall down the pecking order of the Big Ten entering Juwan Howard’s third season.

What will Maryland’s guards do?

Andy Katz has the Terps projected to win the Big Ten next season. But as Katz told us on Podcast on the Brink earlier this week, that’s contingent on Darryl Morsell, Aaron Wiggins and Eric Ayala coming back to College Park.

All three have declared for the draft and Morsell is also in the transfer portal. Mark Turgeon added a pair of impact transfers in Fatts Russell (Rhode Island) and Qudus Wahab (Georgetown) and is also bringing back Donta Scott.

But for Maryland to contend in the league next season, they’re going to need at least two of their three guards to return to school. The draft stock for Morsell, Wiggins and Ayala is tepid at best, so the Terps are hoping for good news as the summer approaches.

What is EJ Liddell’s plan?

Liddell is one of the best frontcourt players in the league, but currently has his name in the NBA draft.

Liddell had to deal with rumors that he was considering a transfer to Illinois in early May. The noise got so loud that his father had to issue a statement.

“No, he’s not going to Illinois,” Eric Liddell told Adam Jardy of The Columbus Dispatch. “We haven’t talked to not one person from Illinois. That hasn’t even been in our household. We’re just testing the waters right now.”

Liddell is not ranked among the top 100 draft prospects according to ESPN. A return to Columbus seems most likely and if that happens, he’ll be in the preseason conversation for Big Ten player of the year.

Williams is another Big Ten player who is testing the process who appears to have very little market in the eyes of the NBA.

But Williams coming back to Purdue is one of the most pivotal storylines that will shape next season’s Big Ten race.

Bart Torvik currently has the Boilermakers No. 10 in his preseason ratings with Williams in the fold. If Williams doesn’t return, that projection drops to No. 23.

Rutgers needs Geo Baker and Ron Harper Jr. back … in a bad way

The Scarlet Knights should’ve been in the Sweet Sixteen, but couldn’t close out Houston down the stretch.

If Baker and Harper Jr. don’t return, Rutgers could be looking at a freefall down the Big Ten standings. Like most of the other key outstanding decisions, conventional wisdom suggests Baker and Harper Jr. should return to school. But until those declarations are made, the roster in Piscataway remains in limbo for next season.